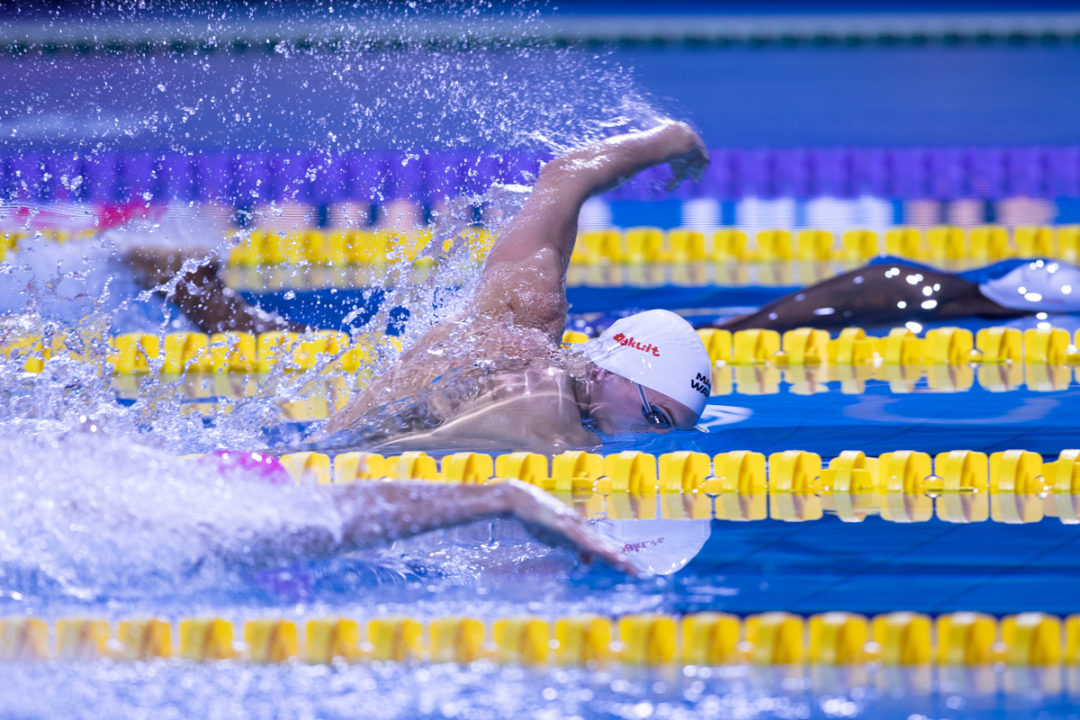 If you followed our day 1 recap of the 2019 FINA World Cup stop in Budapest, then you know that Russian freestyle ace Vlad Morozov crushed the men’s 50m freestyle field to top the podium in his go-to event. Stopping the clock in a time of 21.50, the 27-year-old earned the only sub-22 second time of the field tonight in Budapest, further contributing to his current overall lead in the FINA World Cup Series point standings.

However, what you may not have known is that his 50m free victory tonight represents the man’s 100th World Cup gold medal. That’s 1-0-0.

The total ranks him 2nd all-time among men behind only South Africa’s Chad Le Clos, who has 143 all-time series victories.

Morozov is the only swimmer on that list who is swimming at this year’s World Cup series. Hungarian Katinka Hossszu leads all swimmers by more-than-double, with 296 all-time event victories.

Morozov now makes his run in the 50m free just this World Cup season alone 4-for-4 in terms of first-place finishes, with his season-best representing his lifetime best and Russian National Record of 21.27 notched at stop #3 in Singapore.

Post-race, Morozov said tonight, “Considering that I just flew in three days ago and I’m still feeling the jet-lag, this was a very good race and I’m happy that I could tick this win here. My finish could have been better as I was a little bit gliding at the end so the 21.50 is definitely good now.”

Morozov will have several more chances to add to his 100-gold-medal-total, including in the men’s 50m back and 100m free on day 2.

Do we think he went to practice?