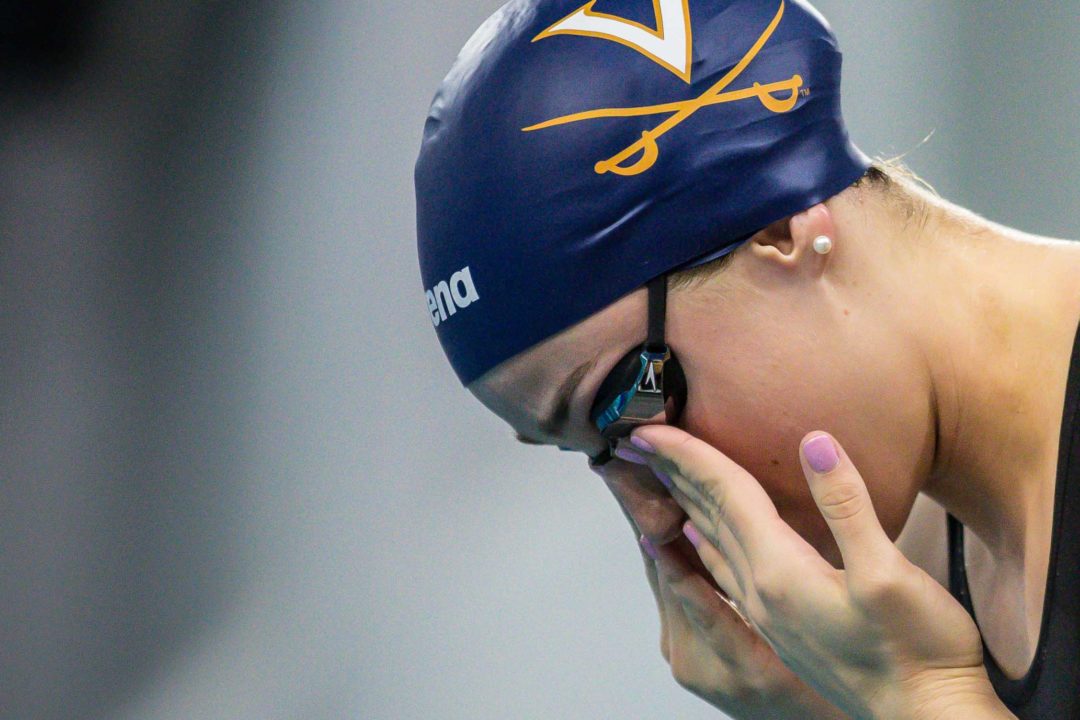 11 of 12 voters put the Texas men at the top rank, while all 12 voters put Virginia's women atop the rankings. Current photo via Jack Spitser/Spitser Photography

For the final CSCAA poll of the season, the Virginia women have reclaimed the top spot after Cal moved to the #1 rank in February’s poll, while the Texas men retain their #1 spot.

11 of 12 voters put the Texas men at the top rank, while all 12 voters put Virginia’s women atop the rankings. Texas has led the CSCAA poll all season, and they haven’t been ranked any lower since October 2019, when they were second behind Cal. Cal got the one non-Texas #1 vote on the men’s side.

On the women’s side, Cal took the top spot in February after the Texas women had claimed #1 in the previous two polls. The Georgia women were #1 for the first poll during the season, while Virginia had the top rank in the pre-season poll.

Florida’s men jumped to #3 and Louisville’s men to #7, each hopping two spots up, while Michigan and Virginia Tech moved into the top ten at #8 and #10, respectively. Ohio State’s men made big gains in this final poll, going from #21 to #12 after their strong Big Ten Champs performance, while Mizzou was the big faller, going from #9 to #17.

For the women’s movers, Texas pulled from #8 to #3, while NC State, Alabama and Ohio State move into the top 10. Meanwhile, Tennessee, Florida and Northwestern slip out of the top 10 this time around.

The Purdue men and the FSU and USC women find themselves on the top 25 this month after not being ranked last poll. It’s the first top 25 recognition all season for Purdue’s men.

Mike is spot on as usual.