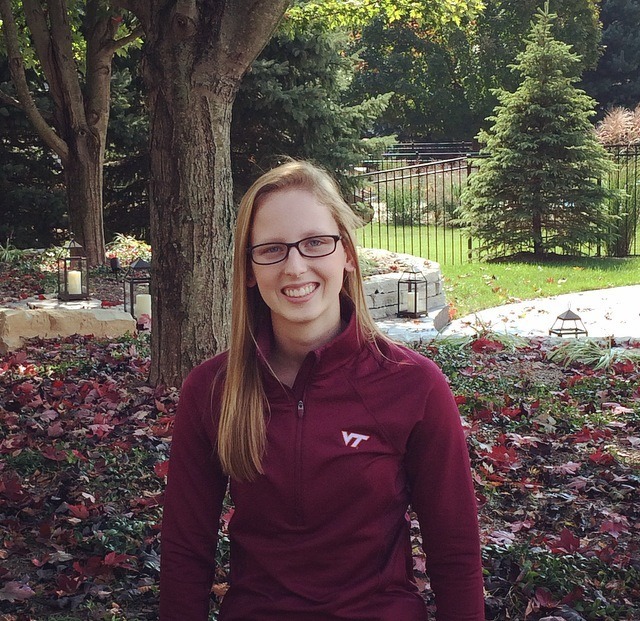 New Albany Aquatics Club's Abby Stone has given her verbal commitment to the Virginia Tech H2Okies beginning with the 2015-16 season.

Abby Stone, a senior at Granville High School in Ohio who trains under John Coffman at New Albany Aquatics Club, has given her verbal commitment to the Virginia Tech H2Okies beginning with the 2015-16 season.

“Virginia Tech is everything I am looking for in a school. The entire coaching staff and swim team are awesome and I already feel like a part of the H2Okie family! Their enthusiasm, work ethic and dedication to each other are the ‘spark’ to their program. I know at Virginia Tech I will receive a great education, improve as a swimmer, and grow as a person. I am so excited for next year and I can’t wait to be an H2Okie!”

At Granville High School, Stone is the recipient of twelve All-State honors. She was a member of the Granville 200 medley relay that broke the Ohio state DII record. Stone finished second in the 200 IM and fifth in the 100 back at the 2014 state meet.

A national-level backstroker, freestyler and IMer, Stone’s best times are:

Stone has all the makings to be an impact swimmer from the beginning. Already her 200 back and 100 free times would have earned points for the H2Okies at 2014 ACCs and she’s not far off in the 100 back. Another second or so gets her into the 200 IM, too; she’s dropped more than seven seconds in the IM over the last two years so this could be another possibility.

Virginia Tech is having a lot of early success this recruiting season; Stone will join future H2Okies Sydney Pesetti and Leah Rogers, who have both committed within the last week.

Can someone tell me if high school swimmers typically hire a consultant to help them with the recruiting process and, for lack of a better word, “market” them to different schools? I know this is common in other sports. Is it necessary in swimming given that a coach simply needs to look at objective information (i.e. swim times).

Showtime64 – some do, some don’t. I’m having a hard time putting any kind of a number on it, because people are sometimes hush-hush when they do hire one, but it’s definitely a minority of swimmers.

I can see where you’re coming from with regard to “just looking at times,” but there are other things coaches look at in swimming (though it’s not as obvious). Coaches look at height and build and foot size to think about attributes, for example. Coaches have different training styles as well, so it’s important to find the right fit.

Congrats to Abby and the Hokies.

Congrats Abby! So glad your brothers will be able to make use of those big maroon foam fingers!