Virginia Announces 2013-2014 Schedule That Looks Different Than Past Years 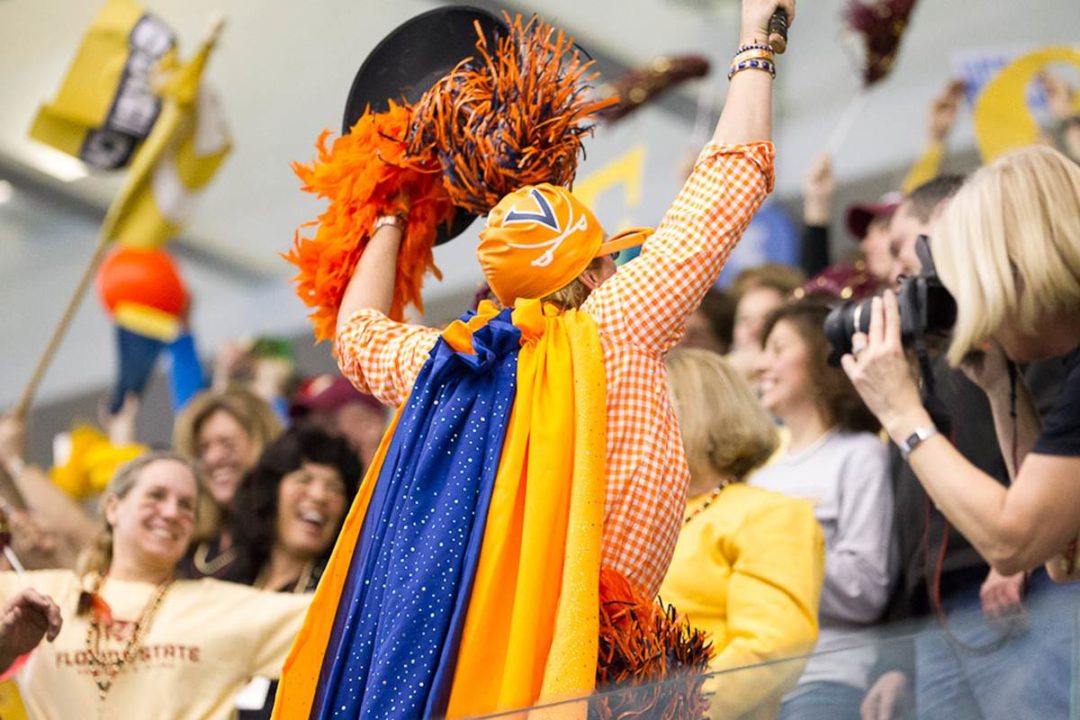 The Virginia Cavaliers will face a lot of opponents in a relatively compact schedule in the 2013-2014 season. (Photo: Tim Binning/TheSwimPictures.com)

With Augie Busch taking over for 35 year tenured coach Mark Bernardino, will the vamped up schedule prove to benefit the Cavaliers as much as their new staff hopes? A recent release of the 2013-2014 schedule proves that the UVA team is ready for a competitive change that will shake things up in Charlottesville.

The Lady Cavaliers will open their season with a double dual meet against Yale and the Navy on 10/25.

Compared to the 2012-2013 season, the 2013-2014 season holds significantly more away meets and fresh dual competition that weren’t featured in past including a quad against Texas, Yale, Ohio State, and West Virginia on 11/08-11/09. The result is a very unique schedule where the Cavaliers, though not with an overly-loaded schedule, will see a ton of opponents this year in a relatively-compact schedule. Virginia in the past has had many multi-team meets, but never quite to the extent that they will see in 2013-2014.

The Virginia-Virginia Tech rivalry will take place in mid-January, but it won’t be exactly a head-to-head battle. Instead, it will be a part of another big quad meet with the Harvard men, Miami women, both Wisconsin squads, both Virginia squads, and both Virginia Tech squads in Christiansburg over two days  from 1/17/14-1/18/14.

The regular season will finish with some traditional ACC opponents, with the Cavaliers on the road against Duke and mega-rivals North Carolina on January 24th and 25th, and then back across the state lines again a week later to swim North Carolina State on February 1st.

The Cavaliers will only host 3 home meets: the first quad as mentioned above, then against Pittsburgh on 2/08 (their first ACC matchup with the Panthers) which is quickly followed by the Cavalier Invite on 2/14-2/15.

The Cavaliers will look to extend their 6-years straight ACC Championship streaks in Greensboro, North Carolina for the second straight year, from February 19th-22nd (women) and February 26th-29th (women).

The full Virginia swimming schedule can be found below: