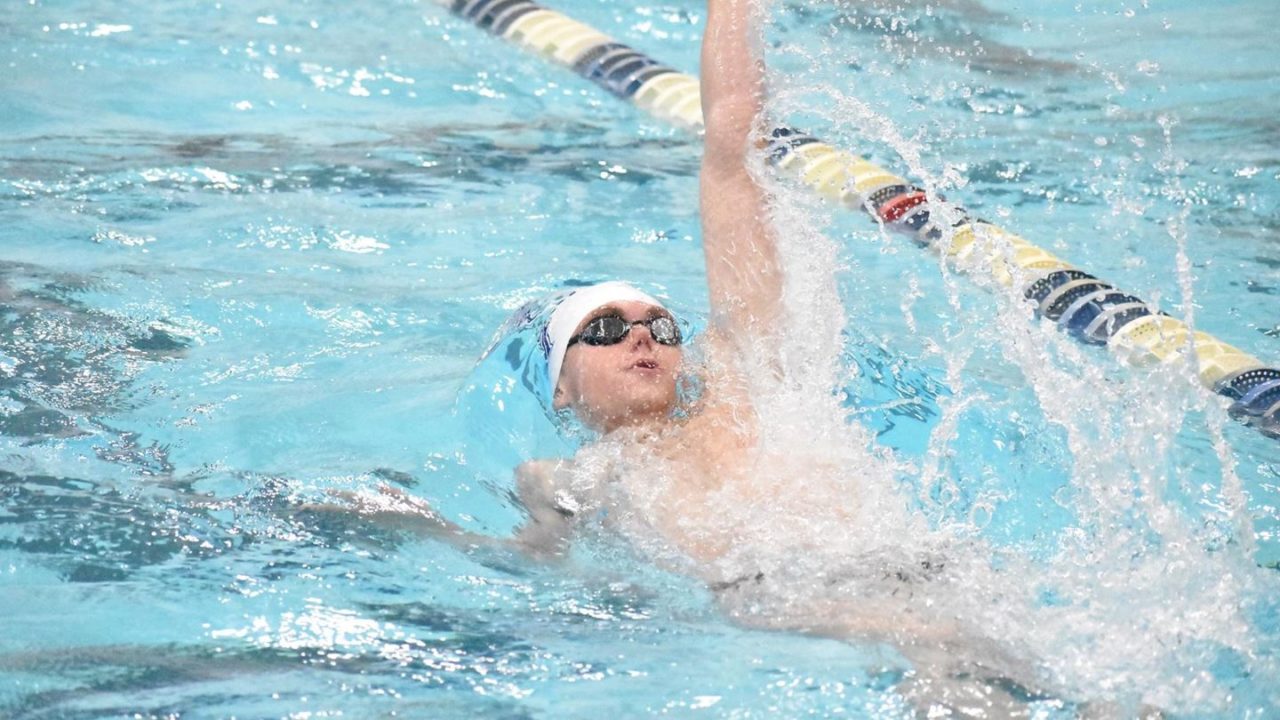 Villanova narrowly defeated NJIT in the latter team's home opener on Friday. This was Villanova's first win of the season. Stock photo via Villanova Athletics

NEWARK, N.J.—Junior freestyle Jake McIntyre (Essex, Vt.) was double winner in the 500 free and the 1000 free to lead Villanova (1-1) to a 153-147 victory over NJIT (0-2) at the NJIT Wellness and Events Center on Friday evening. McIntyre and senior diver Michael Ackert (Rye, N.Y.) each won two events and the Wildcats tallied six first-place finishes in all to notch their first team win of the season.

Nolan finished first in the 200 breast and freshman Patrick Hemingway (Harrisburg, Pa.) won the 50 free during the meet. In the 200 breast, Nolan held off the runner-up from the Highlanders by just under three-quarters of a second at the finish and won the race in 2:08.63. Freshman Henry Halloran (Brookhaven, Ga.) also scored in the race with a fourth place finish and a time of 2:12.70. Hemingway won the 50 free in 21.51, while junior Ryan Maher (Phoenixville, Pa.) and senior Jesse Marsh (Kingston, Jamaica) were fourth (22.07) and fifth (22.46), respectively.

The diving trio of Ackert, sophomore Noah Clipman (Mohnton, Pa.) and freshman Nicholas Jubilee (Painted Post, N.Y.) combined to sweep the top three spots on both the one-meter and three-meter boards. Ackert won the three-meter competition with 273.60 points with Jubilee (268.57) and Clipman (250.87) coming in second and third. The winning score for Ackert on the one-meter board was 284.50, with Clipman taking second (258.00) and Jubilee (237.00) third.

The meet began with the 200 medley relay in which the Wildcats came in second and fourth with two relay teams. Sophomore Ethan Brown (West Hartford, Conn.) led off the Villanova “A” lineup and was followed by Nolan, Marsh and Hemingway as that squad came in second with a time of 1:35.56 in the race. The second Wildcats entry was led off by freshman Carson Brockette (Dallas, Texas) and also featured Halloran, junior Kevin Geist (Hilton Head Island, S.C.) and freshman Andrew Mitchill (Killingworth, Conn.) with the squad posting a time of 1:37.89.

Villanova’s top two relay teams in the 200 free relay closed the evening by finishing second and third. Maher, Marsh, Mitchill and Hemingway swam to a runner-up showing with a time of 1:26.88, while Hinckley, Brown, Geist and junior Reid Hutcherson (Richmond, Va.) came in third in 1:28.25. A third Wildcats entry in the 200 free relay came in sixth (1:32.01) and consisted of Brockette, Bowles, junior Stephen Griner (Greenville, S.C.) and sophomore Nolan Danus (Morris Plains, N.J.).

The home opener for the Wildcats is on tap for this coming week as the men’s and women’s teams host Penn on Wednesday (November 10) beginning at 5 p.m.

NEWARK, N.J. — After having its 2021-22 home opener delayed by one meet, the NJIT men’s swimming and diving team finally kicked off its home slate Friday evening with a thrilling dual meet against the Villanova University Wildcats. Despite an extremely narrow defeat, 153-147, the Highlanders put on an outstanding performance, capturing victories in ten of the meet’s 16 events.“I am very proud of this team and how they swam tonight. They swam with a lot of heart and had some really great swims,” head coach Ron Farina raved after the meet. “Ian Horstkamp-Vinekar, Aidan Blackmon and Joshua Franco led the way for us tonight. I am also very excited about how Matthew Bevan, Sam Deemer, Tanish Chhabra, and Peter Kutuzov swam. The team has been working hard and it is great to see that effort paying off so early in the season.”HIGHLANDER VICTORIES

NEXT UPNJIT will be back in their home pool next week (Friday, November 12) to host St. Francis Brooklyn. The dual meet is scheduled for a 4:30 p.m. start.