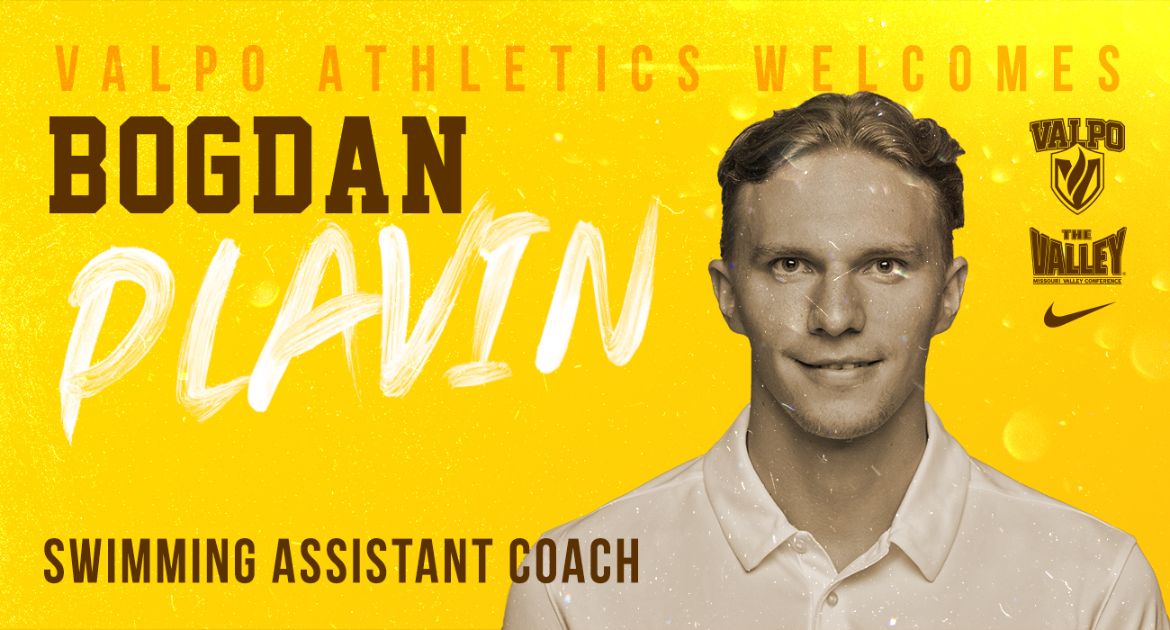 Plavin comes to Valpo from Grand Canyon University, where he competed from 2016-2019 in the free and breaststroke events. In 2018, he was a second-place finisher in the 50-free at the Western Athletic Conference Championships, while also swimming as part of two WAC champion relay teams. He competed in the 2018 NCAA Championships as well, helping Grand Canyon’s 200-free relay to a 22nd-place finish.

Plavin brings coaching experience as well to Valpo. He was a volunteer assistant swim coach at Phoenix Swim Club where he taught technique, coordinated practices and assisted in running swimming meets.

Prior to his time at Grand Canyon University, he served as an assistant swim coach at Ukraine Military Club. He was an athlete instructor for the Ukrainian Swimming Federation, training people of all ages and organizing activities on a daily basis.

Plavin was a decorated swimmer in Europe. He is a 20-time champion in Ukraine and a prizewinner from 2011-2016. In Ukraine, Plavin has held the record in the 4x100m freestyle relay since 2012 and was a silver medalist in the 2013 European Youth Championship in Poznan.