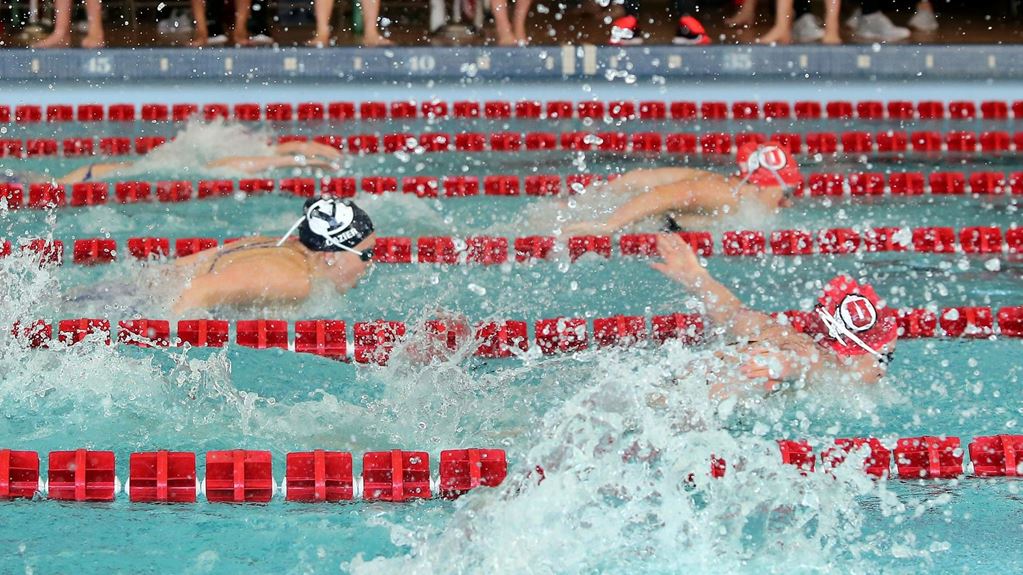 Utah captured 13 of the 16 events en route to a commanding win over BYU at the season-opening exhibition Utah Relays on Friday. Current photo via Utah Athletics, Steve C. Wilson

SALT LAKE CITY – BYU headed to the University of Utah to take on the Utes in exhibition relays Friday night.

“The team did a great job,” BYU head coach John Brooks said. “Our team competed better than it has in the past and it was fitting that we won all of the combined events. We are off to a great start.”

As a non-scoring meet, both teams were able to race without the normal pressure of scored events. This opening meet gives the two teams an indication as to how their respective teams are going into the regular season.

BYU will next travel to Colorado for the Intermountain Shootout Invitational on Oct. 4-5. The first day of the meet will begin on Friday at 5 p.m. MDT and will continue on Saturday at 10 a.m. MDT.

SALT LAKE CITY – Utah Swimming and Diving got a glimpse at what could be in store this season during an exhibition relay meet against BYU this evening.

The meet began with the Utes winning the 150 fly relay in 1:17.63 behind a combination of Emma Lawless, Audrey Reimer and Kayla Miller. Then, Reimer and Lawless anchored the 150 back relay with Sarah Lott and finished first with a time of 1:16.93.

Sisters Mariah and McKenna Gassaway swam the 150 breast relay together and were joined by newcomer Charity Pittard. Once more, the Utes came out on top with a time of 1:28.58.

Sibling success was a theme for the evening as brothers Finn and Liam O’Haimhirgin swam on the first-place 400 free relay along with Rahiti De Vos and Felix Chiun.

When all was said and done, Utah captured 13 of the 16 events en route to a commanding win.

The home opener and official start to the season will be October 4 at Ute Natatorium when Arizona comes to town.