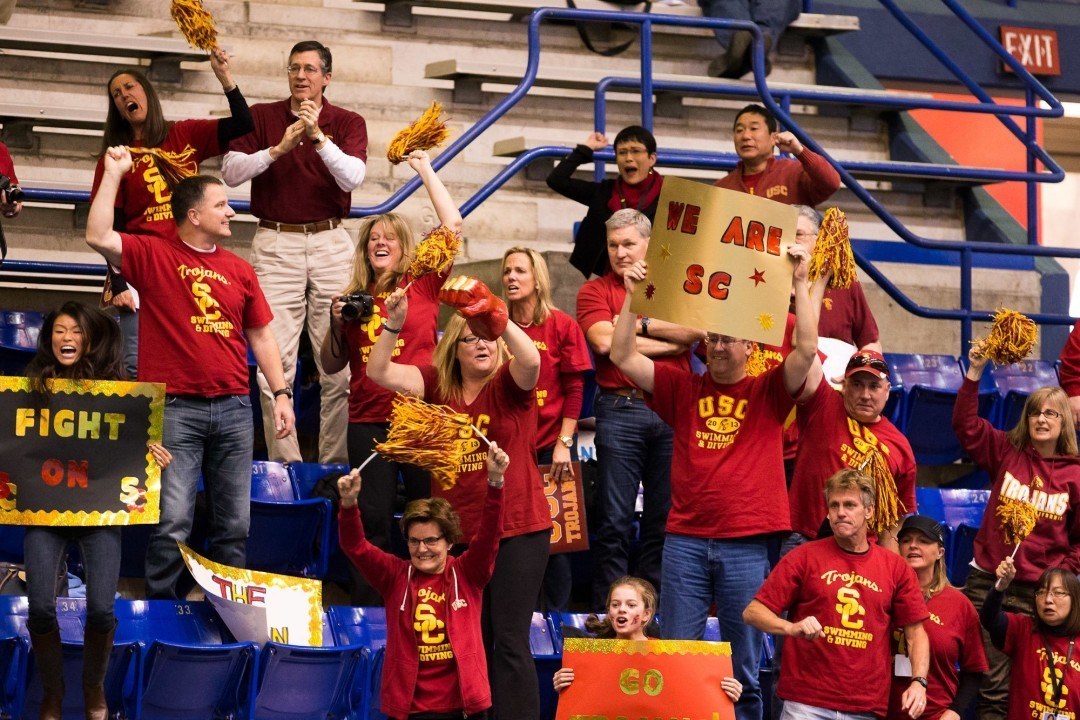 The USC women will add two more divers to their NCAA roster with Madison Witt and Carly Souza qualifying today on platform at the Zone E Championships. Stock photo via Tim Binning/TheSwimPictures.com

The USC women will add two more divers to their NCAA roster with Madison Witt and Carly Souza qualifying today on platform at the Zone E Championships.

Arizona’s Delaney Schnell won the platform event. She had a great meet overall, winning platform, finishing 2nd on 3-meter and 3rd on 1-meter. Schnell was an A finalist at NCAAs last year on 1-meter and took 36th on platform. She’ll compete in all three events at NCAAs this year.

From a team points perspective, Stanford can consider this week a win. Mia Paulsen qualified to compete in a second event today, while Daria Lenz and Carolina Sculti can each compete in 3. Stanford has four women’s divers qualified for NCAAs. Sculti was second on platform today.

For the Cal men, a fifth-place finish from Jonathan Robinson gives them two returning NCAA invitees. Connor Callahan was sixth and had already qualified in 1-meter and 3-meter. Last year, Callahan only qualified for NCAAs on both springboards, but will contest all three events this year. Neither diver placed higher than 31st last year, so they’re unlikely to cut into Texas’s big diving advantage. But Callahan has significantly improved his Zone finishes this year (he was 10th on 1-meter, 7th on 3-meter and 19th on platform last year, but 3rd, 7th and 6th this year) and could chip in a few points.

Stanford’s Noah Vigran won the men’s platform, giving him 3 NCAA event entries. The other new qualifier was Johan Sandell of Hawaii, who finished fourth on platform.