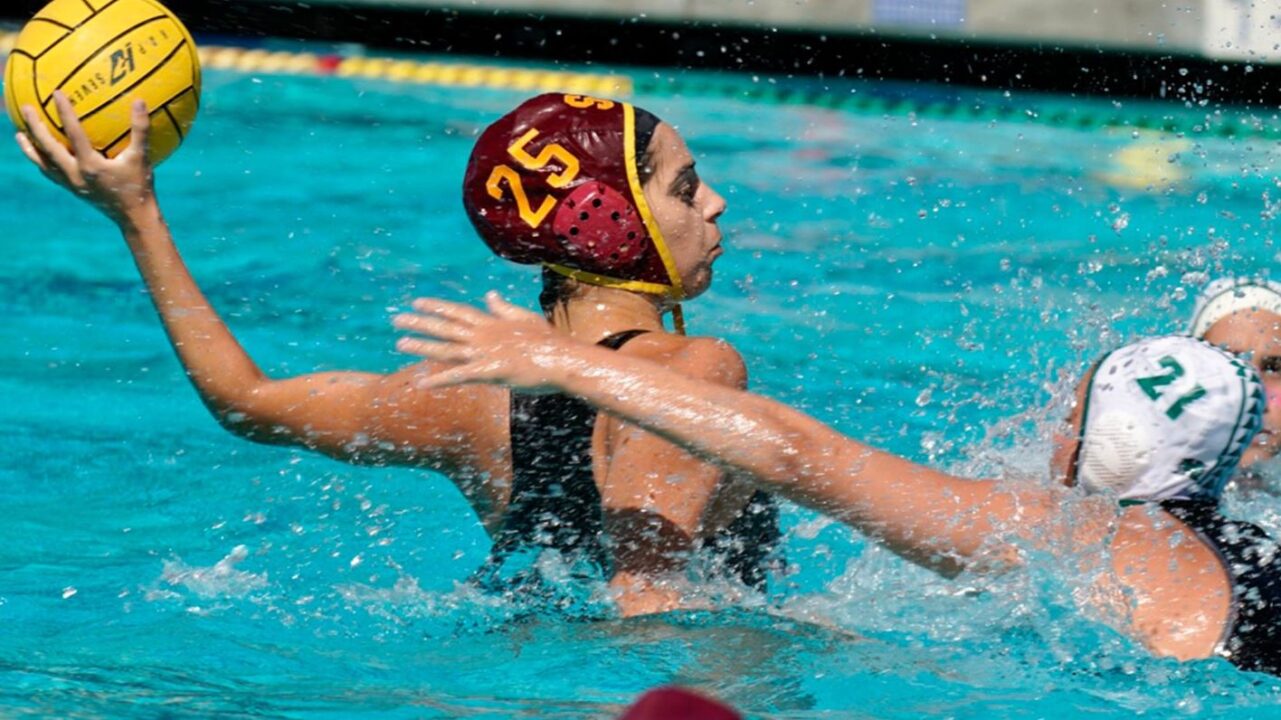 The University of Southern California picks up 100 points to rate as a unanimous No. 1 selection in the Week 12/April 13 National Top 25 Poll. Archive photo via Kristen Tehaney

The University of Southern California picks up 100 points to rate as a unanimous No. 1 selection in the Week 12/April 13 National Top 25 Poll.

The Trojans (100 points) lead a Top 25 which experiences two changes from the Week 11 voting as Long Beach State University eclipses the University of California-Davis to take over at No. 10 and Princeton University pulls ahead of San Diego State University as the duo trade the No. 20 and 21 slots.

Changes abound in the Top 10 this week behind Pomona-Pitzer (100 points) and Claremont-Mudd-Scripps Colleges (95 points).

Whittier College (88 points) – which defeated previously No. 3 California Lutheran University by a 13-12 score last week – and Austin College (83 points) – which claimed the Collegiate Water Polo Association Division III-West Region regular season title over the weekend – climb to No. 3 and 4, respectively, with the University of La Verne (82 points) remaining at No. 5.

Chapman University (73 points) – which also defeated Cal Lutheran by a 9-8 count last week – inches up to No. 6 with Cal Lutheran (72 points) dropping back to No. 7.

Saint Francis University (48 points) takes over the final slot to round out the Top Five.

The Kangaroos (100 points) continue as a unanimous No. 1 pick with Augustana College (95 points), Macalester College (88 points) and Wittenberg University (87 points) remaining at No. 2-to-4, respectively.