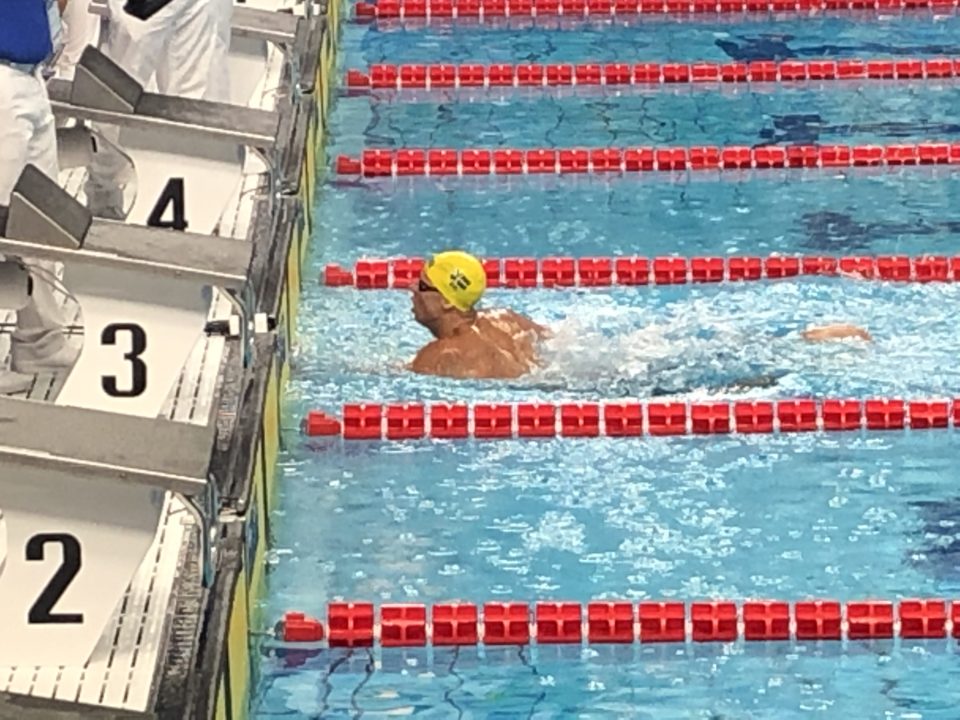 The Swedish Olympian has entered the transfer portal with the intention of going to grad school while swimming a fifth year in the NCAA. Archive photo via Giusy Cisale

USC senior and Swedish Olympian Victor Johansson, one of the fastest distance freestylers in the NCAA so far this season, has entered the NCAA transfer portal.

Johansson says he’s entered the portal with the intention of going to grad school next season while using his fifth year of eligibility in the NCAA.

Johansson, the 2016 European Junior champion in the 800 free, joined the Trojans in the fall of 2018, winning the 2019 Pac-12 title as a freshman in the men’s 500 freestyle. Johansson went on to become an Honorable Mention All-American that year, placing 14th in the 1650 free at his debut NCAA Championships.

After winning the 2019 World University Games title in the 1500 free, Johansson endured a difficult stretch of medical issues in late 2019 through 2020 that largely hampered his sophomore season. This included being diagnosed with low testosterone levels because of overtraining, a difficult bout with COVID, and then being put on a ventilator due to a bacterial infection.

He didn’t compete at all for USC last season, but did have a breakthrough in the summer as he was named to the Swedish Olympic team, placing 10th in the men’s 800 free and 18th in the 1500 free in Tokyo.

Coming off of that he’s really hit the ground running this season, and says he’s not ready to leave the U.S. just yet, with eyes on racing at NCAAs in 2023. Despite being a senior, Johansson has only raced in one NCAA Championships so far in his collegiate career.

He’s also now on his third head coach at USC in just his fourth year, beginning with Dave Salo before Jeremy Kipp took over in May 2020. Kipp was placed on administrative leave in October, with associate head coach Lea Maurer now serving as the interim head coach.

Cross the University of Iowa off the list because the AD and past UI President are incompetent.

Any thoughts he’ll go to Cal to join Robin and Bjorn?

9
0
Reply
Time For Barta To Go

This is not a big story. Probably just weary of dodging high speed water bottles. Best of luck to this young man.

Hopefully most likely will end up at Tennesse, go vols!

SEC he will be #partyboy

Swimswam with the clickbait. Grad school enrollment is not the same as undergrad transfers