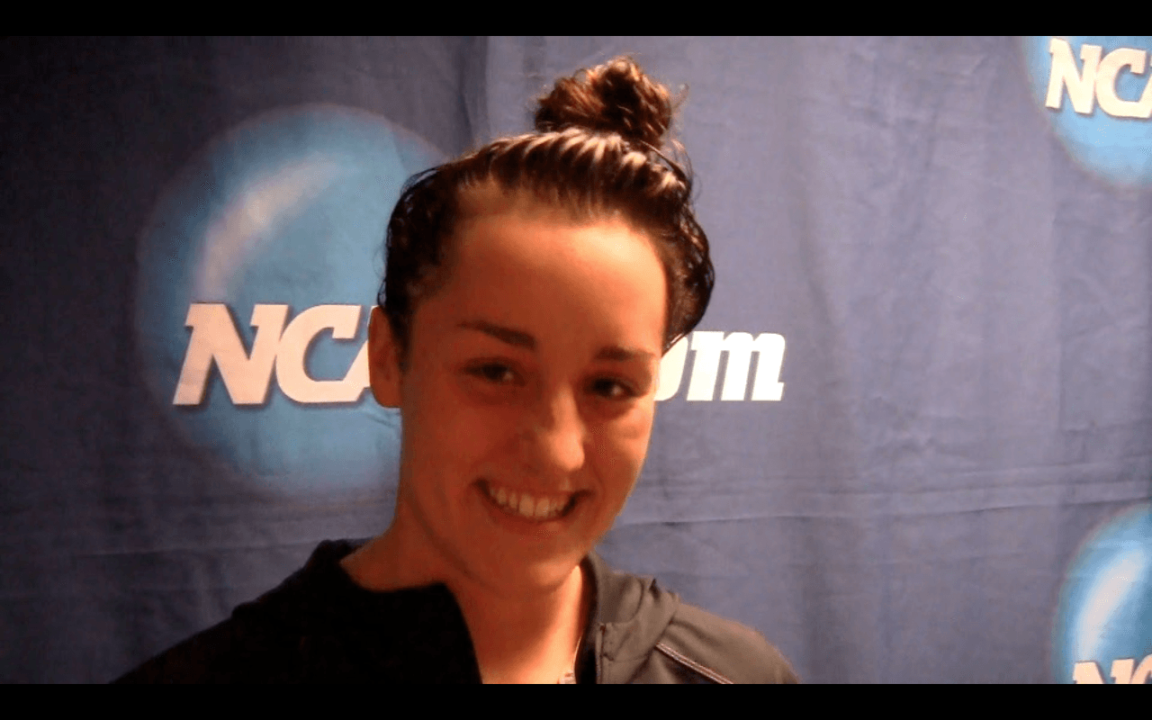 San Diego State’s NCAA All-American sophomore, Anika Apostalon, will be transferring to the University of Southern California for her junior year. Apostalon is a big pick up for the Trojans and she will be able to make an impact immediately. In 2015, she individually scored 7 points at the NCAA Championships, and in 2014 she scored 17 points individually.

As a sprint freestyler and backstroker, she will stand out and add depth to USC’s relays. Apostalon’s best times are currently 21.76 in the 50 freestyle, 47.73 in the 100 freestyle, and 51.92 in the 100 backstroke. During her freshman year, she became a crowd favorite at the NCAA Championships after winning multiple swim-offs to earn her spots in finals. She tied for 8th during the prelims of the 50 freestyle and 16th in the prelims of the 100 backstroke. She went on to win both swim-offs and move up a few positions in both races during finals.

Last season, Kasia Wilk was USC’s top sprint freestyler with times if 22.26 and 48.12 in the 100 freestyle. USC didn’t have as much depth as they needed in the sprint freestyle relays, with only two swimmers with flat start 100’s under 50 seconds. Their second freestyle was 48.45, and then their freestylers fall back to 50.17.

In the backstroke, Apostalon will be almost identical in time to incoming sophomore Hannah Weiss. Weiss was their fastest backstroker last year with a top time of 51.80.

Apostalon on why she decided to transfer:

“I originally chose San Diego State because I got to play water polo and swim. It was the right decision two years ago, but now that I am turning my focus on swimming, I decided it would be best if I chose a different program. I absolutely love both teams at State, but it was time for me to explore other options and see what level I can take my swimming to. I originally looked at USC and UGA. Both schools were very welcoming, and have fantastic teams and coaches. I ended up choosing USC because of the long term opportunities with Trojan Swim Club, the L.A. area, as well as all the options that USC academics has to offer. It was a difficult decision, but I am very excited to take this next step.”

She was originally recruited out of highschool by USC out of college but chose SDSU over the Trojans, Texas A&M, USC, Kansas, and New Mexico.

Oddly enough, USC’s only hole in the MR is the breaststroke now.
Salo has had Soni, Carlson, Hardy, Efimova, et al and: maybe he can do something special with the recruit Riley Scott.

I was there at that NCAAs where she not only tied individually twice but I think she had to do a swim off with her relay too. It was incredible. She’s a winner.

Nice pickup for the Trojans after missing on local SoCal superstar Amy Weitzeil. Apostalon is an interesting athlete in two areas: (1) She’s a rare swimming/water polo combo for a major D1 school – but how did she do it when for women both are “Spring” sports? (2) She’s from a private high school in Albuquerque, not exactly a swimming hotbed. I wonder if her major improvements at SDSU is that she was one of those under-developed (and under-recruited) high school swimmers who wasn’t part of a great club program so it meant her upside in college was greater once that talent got a higher caliber of coaching.

I don’t know the exact details…but during the recruiting process I know there were promises made to her about doing both polo and swim…and they weren’t exactly honored like they were made out to be originally.

No doubt she improved at SDSU…will be fun to see what Salo can do with her at both the collegiate and national levels.

Wouldn’t be surprised if you’re right about the promises being honored. Apostalon would have been a huge catch for SDSU; it seems reasonable to assume the coaches would be willing to make crazy promises just for a commitment. But who would actually want to share their star with a different sport?

Swimming is a winter sport, done my mid-March. Water polo starts in February, but I’m guessing she wouldn’t start competing with them until swimming was over.

Great addition for USC and a good thing for Miss Apostalon too. Hopefully she can improve her long course there.

HUGE PICKUP for USC!!!!!!!
just always wonder why people like this transfer?!

She gave her reason… she is dropping polo to focus solely on swimming.

It’s likely when USC recruited her before it was to swim only. She wanted to play polo so she went somewhere else.

if they recruited her out of high school? she improved a lot at san diego

My thoughts exactly. The degree of improvement at SDSU makes the reason she says she transferred seem bogus. Those times she did at SDSU are very good times.

So then I assume you are critical of Ledecky leaving NCAP. After all, she went so fast while there…

She wants to focus on swimming and feels that a move to USC and that training group is in her best interests. Sometimes swimmers outgrow their program. It happens.