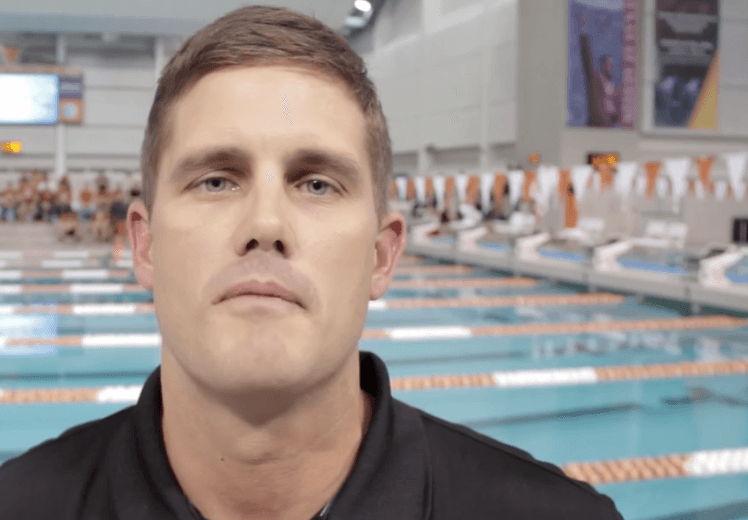 Kipp allegedly kicked a water bottle that hit a swimmer in the face. Archive photo via SwimSwam / GMM

The Swedish Olympian has entered the transfer portal with the intention of going to grad school while swimming a fifth year in the NCAA.

2021 Arizona High School Dive Champion Amayah Wiley has committed to Arizona State as a part of the dive program’s rebuild.

Sophie Hansson has been on fire this weekend, clocking breaststroke times that rival her NCAA performances at the end of the 2020-21 season.

A source close to the USC swimming & diving team has told SwimSwam that head coach Jeremy Kipp was removed from pool deck during a practice on Tuesday, April 20.

According to other reports, Kipp allegedly kicked a water bottle that hit a swimmer in the face.

However, another source disputes that he was removed from deck.

USC Athletics issued the following statement on the matter:

“Whenever a concern is raised about a coach or staff member, USC Athletics takes it seriously and looks into it. However, we do not discuss individual situations because of the confidential nature of personnel issues.”

Kipp was hired as USC’s head coach in May 2020 after spending two seasons as the head coach of Northwestern University. In taking over as head coach, Kipp succeeded Dave Salo, who served as the Trojan head coach for 14 years, after previously working on his staff as an assistant from 2008-2015.

The USC women and men finished 22nd and 27th, respectively, at the 2021 NCAA Championships during Kipp’s first season at the helm. 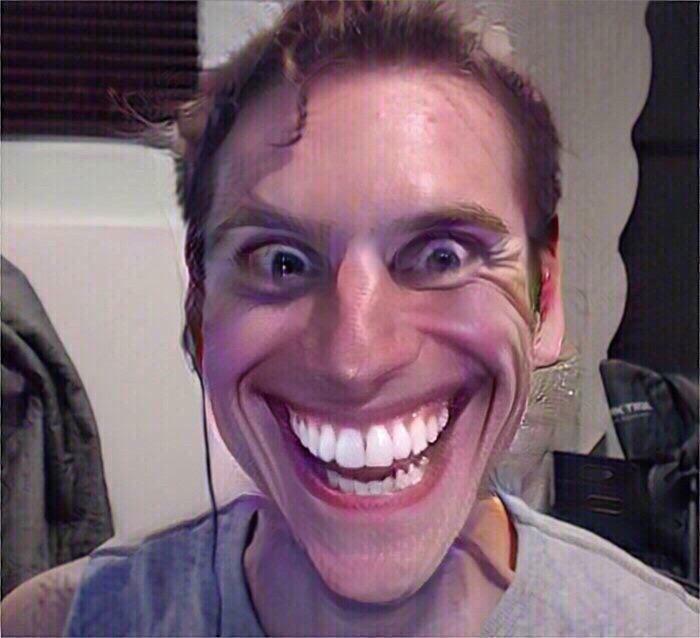 This will honestly haunt my dreams tonight

It is really disturbing to see so many comments from swimmers, parents, and coaches regarding this story. There is no place in this sport for abusive coaches.

62
0
Reply
Too Early?
Reply to  Hswimmer

In the not too early list. After reading all these comments, who will be the odds on favorite to replace Kipp at USC?

Here for the comments

Yikes, I hadn’t heard of him having a temper before, is this an abnormality for him?

Nope, this is pretty standard

Kip’s method of coaching is to bully, intimidate, and demoralize, especially to the men’s team this season. He’s known as a hothead and unapproachable as his moods and responses to the swimmers range from “I’m right, you’re wrong” to uncontrollable rage. At this point, the team thinks he’s a joke and have pretty much tuned him out. The assistant coaches who have witnessed his bullying and erratic behavior are complicit. Word is that lately he’s been uncharacteristically nicer and this investigation by the athletic department perhaps explains why. I hope that former USC swimmers who know this guy’s unacceptable behavior will speak up to the AD now so current and future swimmers and the program won’t continue to suffer until… Read more »

Are you a current swimmer at USC? Please gather your teammates that also share these feelings and thoughts and try to arrange a meeting with the AD. If this is not possible try to reach out to past alumni(specially the ones that are actively involved with USC athletics like Fred Uytengsu). Past teammates of mine have spoken with him before he is reachable and will listen. Our big mistake before in the previous years was only suffering within the team and letting Dave swept things under the rug every time. Which created a very toxic team in the last years of Dave’s time at USC. If we all want to see a change voices from the current team + alumni… Read more »

Agree, you should reach out to Alumni involved with USC athletics. Best way to make something happen. Relying on just the authorities its not enough. For us recent alumni(last 10 years) we learned those things the hard way. Dont let this go forgotten and swept under the rug like it always happened before.

Guess the 3 down votes are Kip, his foot and the water bottle.

Trojan fam PLEASE make your voice be heard and SPEAK UP! Don’t let all these things go unnoticed or be forgotten like we wrongly allowed it in the past.

Yes, together, try to reach out to active alumni, maybe John Naber, Fred Uytengsu, those who attend team banquets and reunions. Maybe some of the past Olympians that trained at USC. Not everyone is on SwimSwam so reach out on social media, fb, LinkedIn.

As you know, there are alumni as assistant coaches (Meghan and Chase) that could already be acting as mediums of information for the active influential alumni. They could have already given their side protecting Kipp and their own jobs. Don’t get discouraged with this! The more they hear your sides of the story, the more they will want to get involve and change things. Take action and don’t let this slip away.

To the source that shared these news with swimswam and also for current USC swimmers. Try to reach out to the LA Times or some big newspaper. They would probably make a story on this and keep identities anonymous. Many alumni and past Kipp swimmers would probably jump on it too. If the AD needs media attention to make a change and take action, this is the chance.

This sounds exactly like what I experienced but I wasn’t at USC. I actually am hoping it’s not true and he has grown since then, but really what matters is that the truth come out.

Many that knew or saw his previous anger management issues like me wished he changed. A normal phrase when ex athletes of Kipp talk about him being a head coach at SC is always “let’s hope he changed”. Sadly it doesn’t look like he did. But indeed the most important thing is that the truth came out.

I’ve personally been on the receiving end of his tyrannical BS. Almost quit coaching because of him. He was horrible to the swimmers, fellow coaches that weren’t Meagan, and support staff at Boise. I’ve seen in meetings how he plans to create drama for swimmers he wanted off the team to free up scholarship funds. USC could use a real coach. Kipp doesn’t deserve to be a club coach.

A leopard doesn’t change its spots.

JK is a hot head. I’ve been on the receiving end of one tantrum years ago.

Why is Jeremy Kipp still allowed on deck? This guy’s rage and bullying have been allowed way too long. And, shame on the assistant coaches for enabling his belligerent behavior and looking the other way just to keep their jobs. What a sorry culture USC is fostering by pretending there’s no problem and in Kipp’s recent words to the team as well as the Assistant AD’s, “it’s just a lot of noise.” How many more USC swimmers need to be demoralized, humiliated, and physically harmed, threatened, or intimidated for the AD to make a move? There’s a dark cloud hanging over the USC swim program and will only grow darker until this horrendous excuse for a coach and staff are… Read more »

Some of my past teammates have gotten in touch with Fred Uytengsu and other active alumni to share their stories about Kipp(specially whoever experienced or saw him verbally and emotionally abusing other athletes). Highly suggest you to do it too asap. They are also hearing the stories of the current athletes defending Kipp. Don’t be afraid to speak to them. They actually want to know different perspectives in this matter, to try to make a change. The voices that weight the most are the ones of current USC swimmers like you.

How can anyone defend throwing something in an angry tirade? Ever. Under any circumstances. That NOT leadership. That’s NOT the Trojan way…

Exactly my thoughts and of many. I don’t understand how some of the current swimmers that haven’t been targeted, somehow think its okay for their teammates to be on the receiving of Kipp’s anger. Shame on those swimmers too. Its gonna be such a huge shame on USC if they do nothing about this matter.

Agree a million percent!! Teammates, friends and fellow Trojans stand up for one another! Those who don’t… should not be given the honor of any of those titles!

Riddle me this… Would a football coach still be on the field during an investigation of abuse? Or a women’s team coach? The arrogance and lack of remorse or accountability by making that “noise” comment to the team is not reflective of a leader or a man with character. That is NOT a Trojan.

Definitely not a Trojan or a leader in any way with all those attitudes. I feel terrible for my fellow trojans that are currently on the swim team. I truly hope many of you can come together and talk to the AD and Fred Uytengsu. Don’t let your awful experiences about this matter go unheard.

Disgraceful!!!! Fire him and hire the legendary Coach Looze so USC can finally have a competent program! Will always be second to the IU Hoosiers!!!

I admire your consistency

I admire you, my dear friend!

30
-3
Reply
Among us
Reply to  HoosierDaddy

This gets old real fast

“Whenever you find yourself on the side of the majority, it is time to reform (or pause and reflect).”
-Mark Twain

beat Guerra to it. Well played.

Guerra is a man much wiser than I, I just hope to make him proud with my support of IU!

Plot twist…Guerra is actually Ray Looze. That’s the only way he could actually be wiser than HoosierDaddy

I liked this for the entertainment factor.

We can’t have Ray leave Indiana! I would be heartbroken and it would set the program back years… #indianagoatcoach

Worse advice since Suge Knight told Tupac to hop in…. get some new material

Janelle: “What? Please…hold my beer.”

I think there’s an imposter among us

If this is true this will result in termination. It won’t matter if it is was him loosing his temper or just doing it to be silly and didn’t mean to hit the swimmer.

Ehh I think the intent most definitely matters, and that is not a defense of the action. If he did do it in anger then there should be serious consequences.