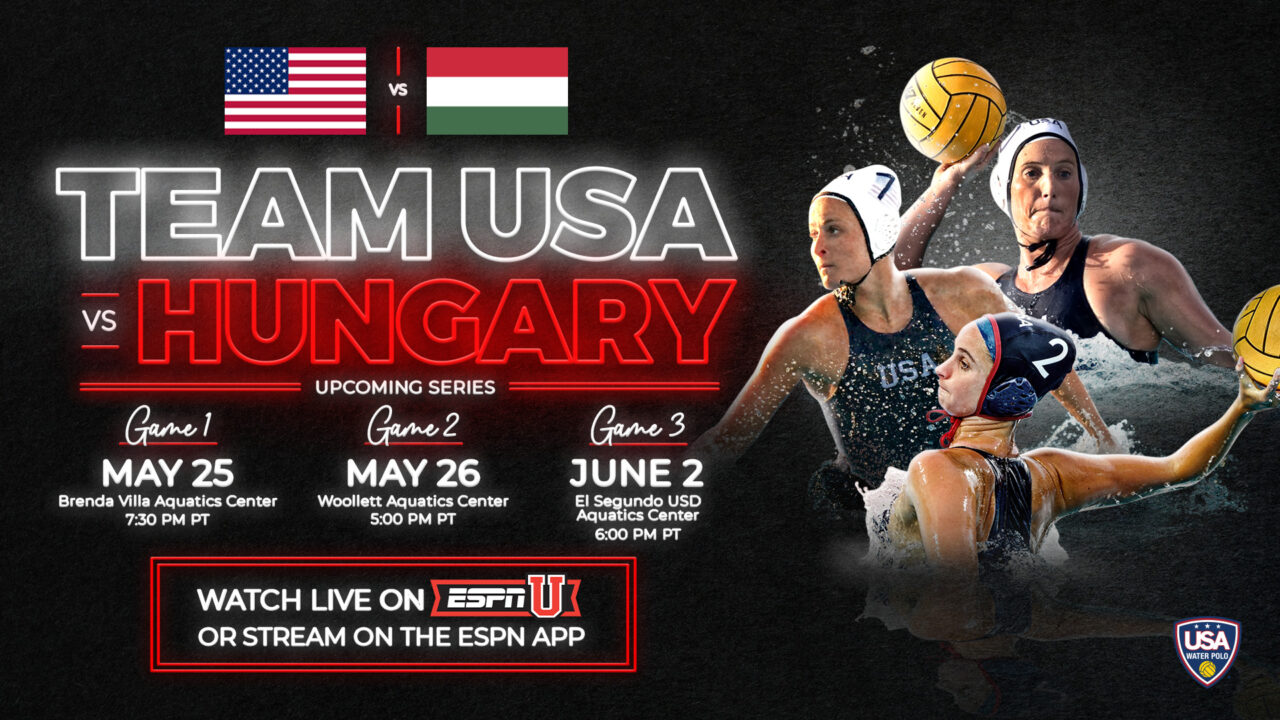 The series serves as key preparation for both squads leading into the Tokyo Summer Olympic Games and a final evaluation for the USA Women’s National Team before their Olympic Team nominations are announced on June 3. Anchored by Olympic gold medalists Maggie Steffens, Melissa Seidemann, Ashleigh Johnson and Rachel Fattal, the USA Women have won every major international championship since 2014.

“We are so thrilled to showcase our team and our sport to a national audience. We appreciate ESPN’s support in airing these matches and know that our fans are fired up to watch,” said Adam Krikorian, USA Water Polo Women’s National Team Head Coach. “For those who might be seeing water polo for the first time, welcome to an exciting, fast-paced sport that you’re sure to love. For us, there is no better preparation for Tokyo than world-class competition and playing a dynamic team like Hungary in this three-game series. We can’t wait to get started.”

Due to local health regulations and in collaboration with venue capacity limitations, no tickets will be sold for these matches. Spectators will consist of athlete family and friends.