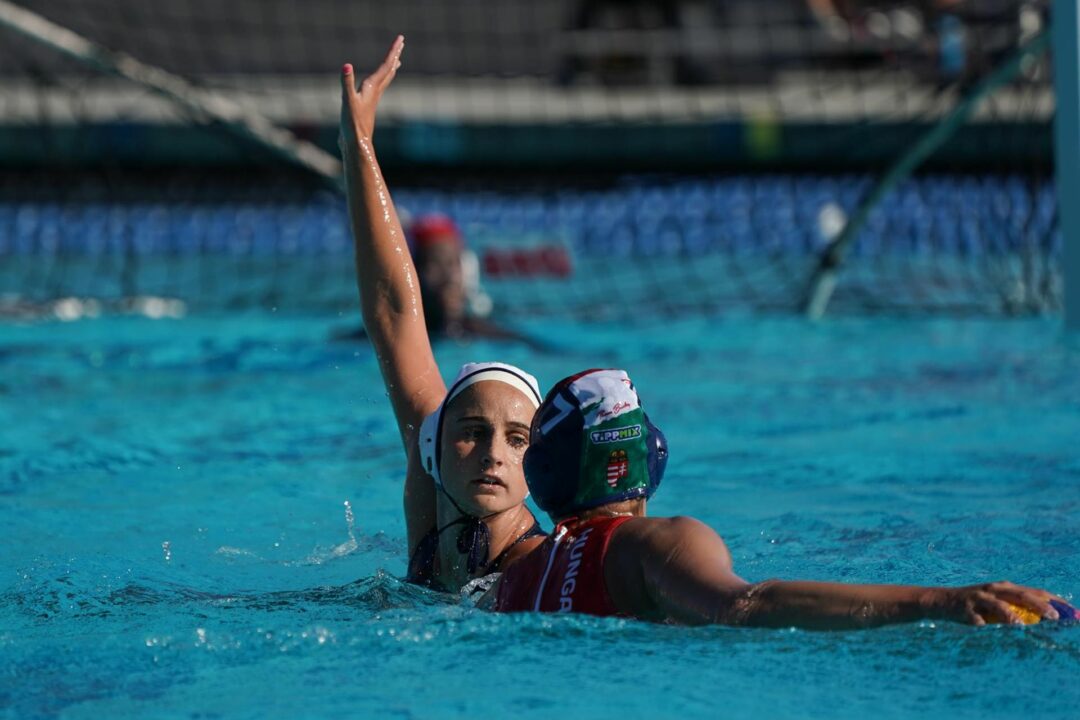 The USA Women's National Team opened up play at the FINA World League Super Final with a 16-9 win over Greece on Monday. Current photo via Catharyn Hayne

Athens, Greece – June 14 – The USA Women’s National Team opened up play at the FINA World League Super Final with a 16-9 win over Greece earlier today. Maddie Musselman scored three goals and was named player of the match while Stephania Haralabidis and Rachel Fattal added three scores each to bolster the offense. Ashleigh Johnson went the distance in net turning aside 11 shots. Team USA returns to play tomorrow against Kazakhstan at 11:30am et/8:30am pt. Follow live stats by clicking here, live streaming will be available for viewers in the United States starting on Friday, via FloSports.

Team USA took the lead early on a goal from Alys Williams followed by the first tally from Musselman for a 2-0 advantage. After Greece answered with a score, Musselman had another for a 3-1 lead. Greece tied the match with back-to-back scores but Jordan Raney had the last word scoring to close out the first for a 4-3 Team USA edge. Fattal and Alys Williams got the scoring started in the second quarter to rebuild the Team USA lead, now at 6-3. Greece would score two of the next three goals but Musselman closed the half with a goal with just one second remaining, giving Team USA an 8-5 lead.

The red, white and blue stayed locked in on offense to open the third quarter. Melissa Seidemann and Stephania Haralabidis struck first to make it 10-5. Greece responded once more scoring two of the next three goals but again the United States was prepared. Kaleigh Gilchrist capped the quarter with her first goal of the tournament to go up 12-7. Team USA put the match away early in the fourth delivering three of the first four goals. Maggie Steffens, Fattal and Haralabidis helped make it a 15-8 margin with 3:45 to play. Each side would trade a goal to close out the action but the result was confirmed as Team USA took the contest 16-9.