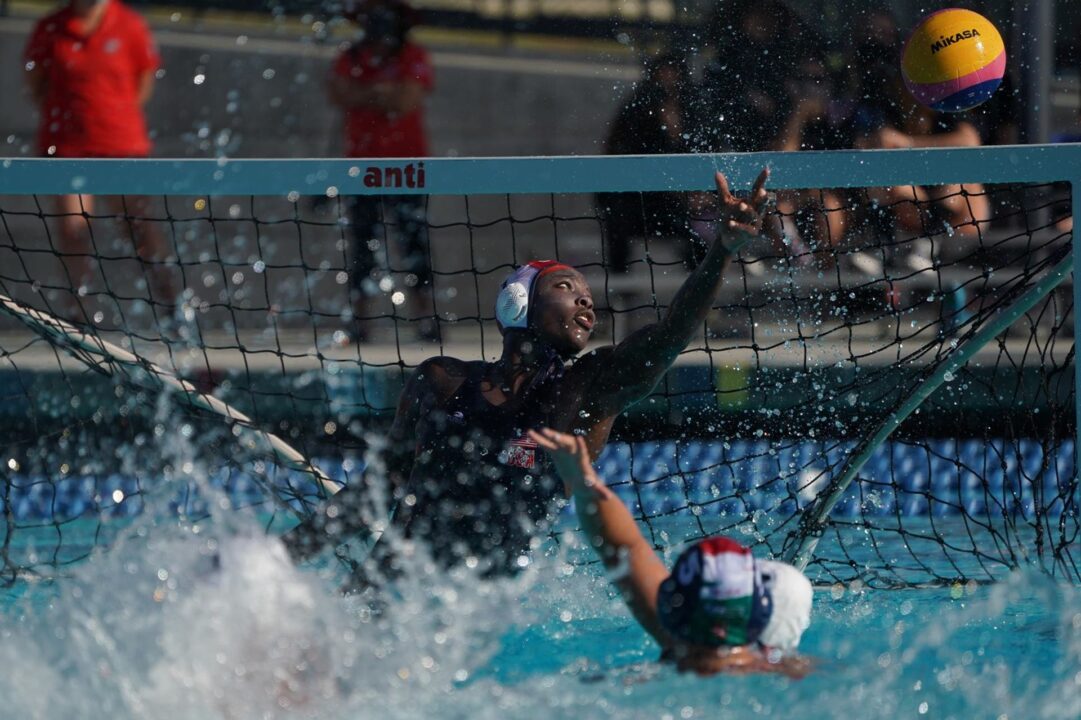 The USA Women continued a strong start to their 2021 schedule as they doubled up Hungary 14-7 in the second game of their three game exhibition series. Current photo via Catharyn Hayne

Final approval of the selections is required by the U.S. Olympic & Paralympic Committee and will be announced at a later date.

Irvine, CA – May 26 – The USA Women continued a strong start to their 2021 schedule as they doubled up Hungary 14-7 in the second game of their three game exhibition series. In front of a national TV audience on Wednesday night at Woollett Aquatic Center Team USA continued a balanced attack on offense. Jordan Raney, Stephania Haralabadis and Alys Williams led Team USA on offense with three goals each while Ashleigh Johnson came up huge in the net with 17 saves.

The two teams will close their series on Wednesday June 2 at 6:00 PM PT at El Segundo Aquatic Center. This game will also be shown live on ESPNU and the ESPN app. For a replay of today’s game click here. Another match between the two squads was added to the schedule this Saturday, May 29 at 3:30pm pt at Cathedral Catholic HS in San Diego, CA. No live stream will be available on May 29 but both matches will have live stats provided by thefosh.net.

It was Hungary who got on the board first in this one as Rebecca Parkes fired in a goal to make it 1-0. Their lead didn’t last long though as Haralabidis scored on the power play to tie the game and followed that up with another to give the USA Women a 2-1 lead. Team USA would add two more goals in the quarter as they took a 4-1 lead at the end of the first. Team USA continued to build on that first quarter momentum as they scored two more to bump their lead to 6-1. Hungary would fight back with a penalty shot goal but Team USA got the last word as Kaleigh Gilchrist struck on the power play to give the USA Women a 7-2 halftime lead.

Hungary looked to get back into the game as they started the third with another penalty shot goal but Team USA had an answer as the teams exchanged goals before Williams fired in a last second strike to push Team USA’s lead to 11-5 at the end of the third quarter. The USA Women continued to push forward on offense while Johnson continued to shut down Hungary in the final quarter. First it was Paige Hauschild and Raney scoring back to back goals to increase Team USA’s lead to 13-5. Hungary didn’t give up though as they continued to target Johnson’s goal but she stood strong as the USA Women came away with a 14-7 victory.