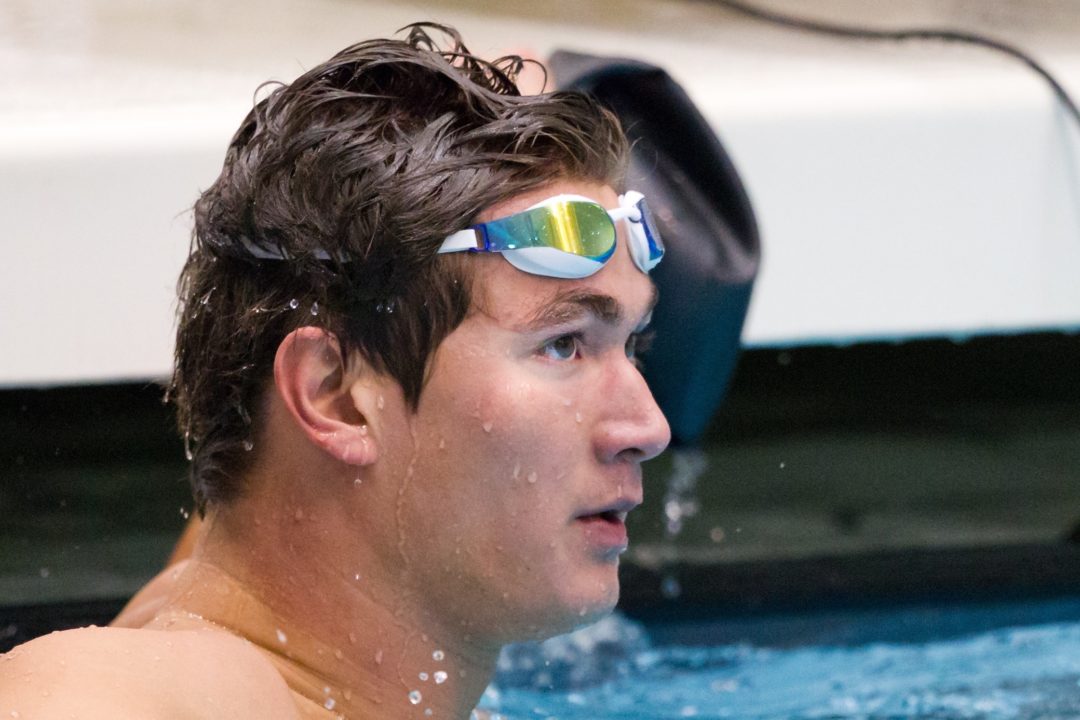 In an email sent today to members of the USA Swimming National and Junior National Teams, as well as the National Team coaching staffs, USA Swimming has revealed to it’s highest-achieving members that beginning with the January 18th-20th Grand Prix in Austin, the series will be seeing a whole new level of prize money.

In past years, the winner of the overall series (men and women combined) saw a $20,000 prize. With so many athletes attending only a few Grand Prixs, and often times the series winner declining the money (Missy Franklin, for example), that prize alone has failed to excite swimmers or fans.

USA Swimming, owing the credit in part to a new title sponsorship for the series with Arena (the series hasn’t had a title sponsor the past few years), says that an announcement outlining the exact details of the prize money will come in early January. The sound of it is that the new money will include a more World-Cup like structure, where individual race winners receive prize money.

“…more prize money than ever will apply to every Olympic event and every single Olympic Event race in the Series,” the email reads.

With the backing of television airing on Universal Sports, as well as their new sponsorship arrangement and this announcement, the Grand Prix Series will move to a whole new status in terms of national exposure. The series has been dwindling in enthusiasm, but this should be a huge shot-in-the-arm. One of the reasons why the annual Charlotte UltraSwim edition of this meet had developed into the most watched and well-known of the series is that for a long time, it has given out by far the most prize money (in addition to the amount of production value that was put into the whole event). The rest of the series seems to be headed down that same path.

This increased prize money would fit in with USA Swimming’s tightened qualifying standards this year: a move to produce a more elite-feeling event.

As many of you hopefully already know, USA Swimming and Arena announced a new, eight-year partnership earlier this week.  Arena will be the exclusive sponsor of the U.S. National Team and will also be the title sponsor of the Grand Prix Series. Arena’s sponsorship will help us bring more exposure to these events with all five remaining events to be broadcast on Universal Sports. We also have exiting news to announce in early January regarding prize money on top of the travel assistance currently provided. For now, just know more prize money than ever will apply to every Olympic event and every single Olympic Event race in the Series.

The next Grand Prix meet will be the Austin Grand Prix, January 18-20. We hope that many of you will choose to participate in this meet as it will be the first official meet involving our new partnership.

We’ll follow-up with more information about the new structure the first week of January and we hope to see many of you in Austin!

Can anyone tell me why this prize money is not considered earned income like a job by the NCAA? These athletes could use the money toward college expenses. The money is not given to an athlete or even by chance such as a random drawing. It is earned.

Sounds like USA Swimming has at least been listening to some of the grumbling regarding money for these meets.
$20K is a great paycheck but if you aren’t the winner, there isn’t much incentive to hit these meets full on and there has been a lot of talk around the deck of wanting to see more meets set up like the Oklahoma City Chesapeake Pro-Am where any professional can walk out of the meet with some cash in their pocket (maybe not a ton but at least pay for the cost of the meet and a little extra) as a template of how to move “Pro” meets forward.
The Pro-Am is pretty much the template for how to… Read more »

Are we witnessing a “sea change” within this organization? Better prize money, TYR getting everything they wanted from their lawsuit filed four years ago. (Read as Schubert getting fired which was their first request ant next the allowance of TYR and others to sponsor USA Swimming rather than Speedo having an exclusive deal.) Finally, best of all., a better child abuse reporting policy.

His being let go had nothing to do with TYR or any suit or other policies.

Exciting news! So glad I’m going to be there!

Interesting… none of the 25 yard events being held in Austin are Olympic events… One miilion dollars to each Olympic event winner in Austin!