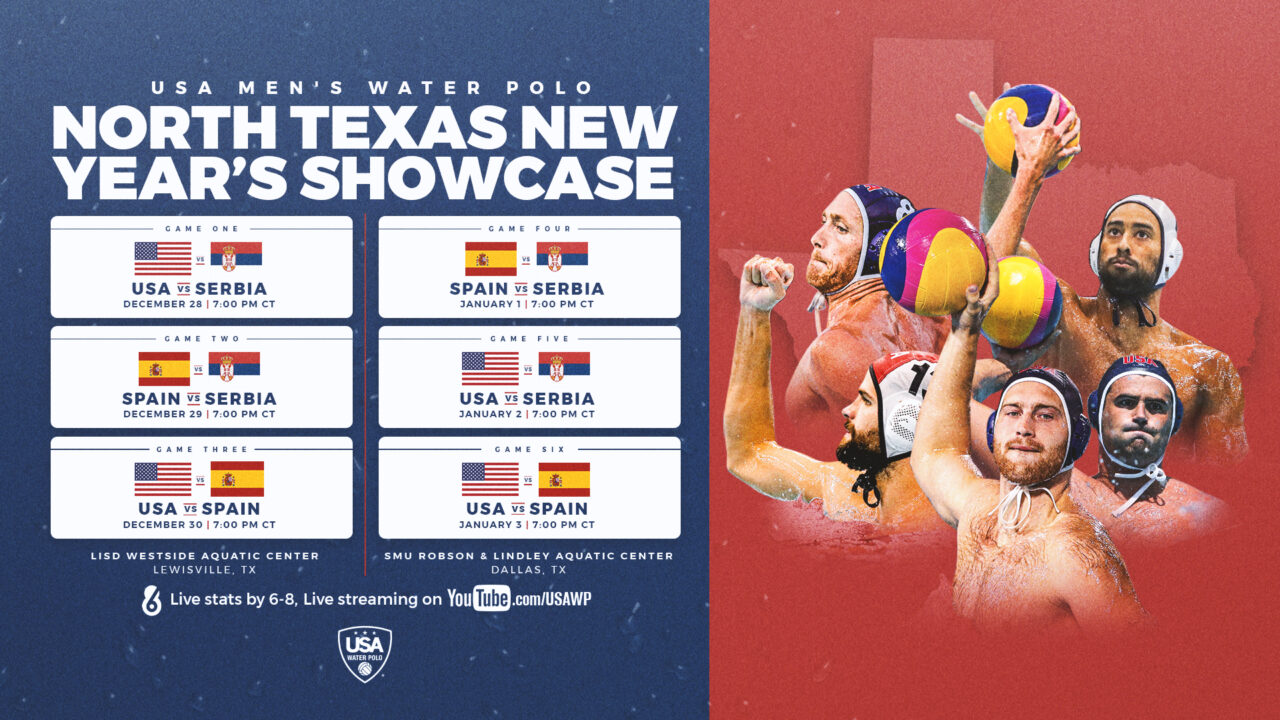 The matches will take place in the Dallas area with the first three at the LISD Westside Aquatic Center and the final three at the SMU Natatorium. Current photo via USA Water Polo

Irvine, CA – December 12 – The North Texas New Year’s Showcase is set to begin on December 28 as the USA Men’s National Team welcomes international powers Spain and Serbia for six days of competition culminating on January 3. The matches will take place in the Dallas area with the first three at the LISD Westside Aquatic Center (1750 Duncan Ln, Lewisville, TX 75067) and the final three at the SMU Robson & Lindley Aquatics Center and Barr-McMillion Natatorium (5550 SMU Boulevard, Dallas, TX 75206). All matches will stream live at YouTube.com/USAWP with live stats provided by 68 Sports at 68scores.com. Tickets for all matches are available by clicking here, with multi-game passes available for each venue.

The United States lost to Serbia twice at the 2022 FINA World Championships, 17-13 in Group Play and 13-10 in the 5th Place match. The Spaniards won Gold at the World Championships as the Serbians and Americans took fifth and sixth, respectively. Team USA claimed Silver at the 2022 FINA World League Super Final in Strasbourg, France without facing Serbia or Spain. Spain earned Bronze at the World League Super Final and Serbia finished in fifth place again.