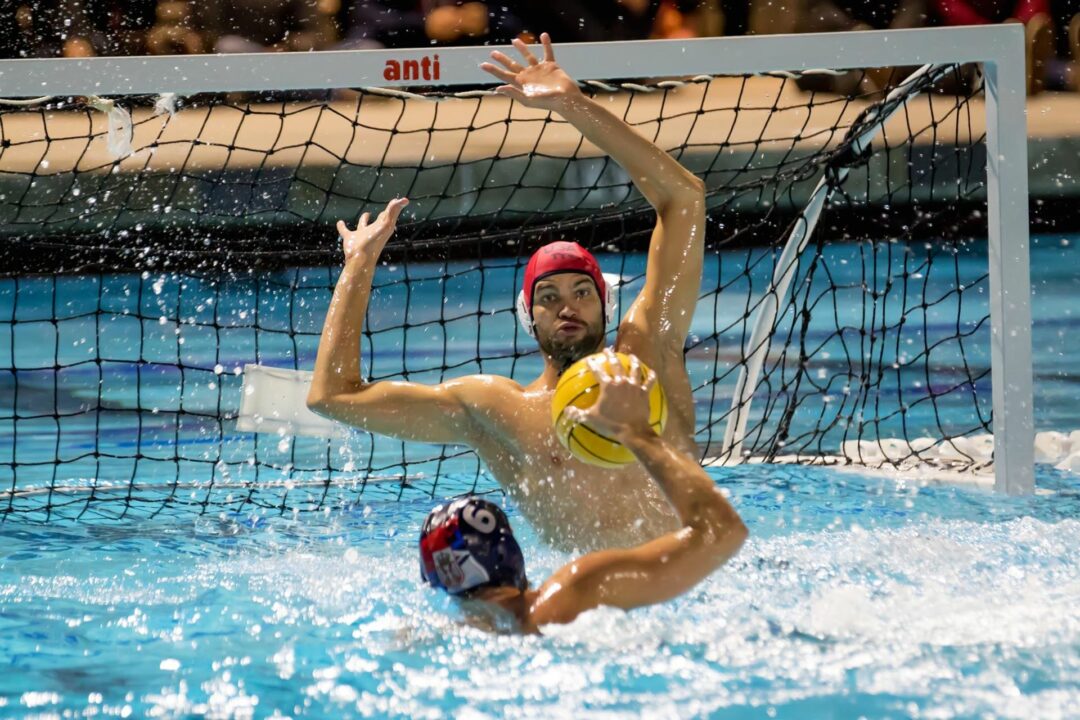 Drew Holland (pictured) recorded 14 saves, including a variety of big second half stops, on the way to the win. Current photo via Kris Olsen

The draw sets up an extremely demanding group with three former winners and the two Serbian clubs.

Tbilisi, Georgia – June 30 – The USA Men’s National Team will play for gold at the FINA World League Super Final following a 10-8 win over Italy earlier today in semi final play. Hannes Daube scored three goals and was named player of the match while Drew Holland recorded 14 saves, including a variety of big second half stops, on the way to the win. The United States team defense put on a strong display allowing Italy to hit on just one power play goal. Team USA will meet Montenegro in the final on Thursday at 12pm et/9am pt. Live stats will be available for each match by clicking here, with live streaming available via FloSports, by clicking here (subscription required). Nominees to the U.S. Olympic Men’s Water Polo roster will be announced July 2 at 11am pt.

Team USA got off to a hot start with goals from Max Irving and Marko Vavic to grab an early 2-0 lead. Italy responded with a goal but Alex Obert cleaned up a rebound in close for a 3-1 advantage. Italy quickly ran off three straight goals to take a 4-3 lead with :28 left in the first period. Johnny Hooper had the final word for Team USA with a goal and the match was even at 4-4 going to the second quarter. Italy took control in the second period building a two goal lead less than two minutes into the period. Team USA looked to play catch-up throughout the quarter and got within a goal at 7-6 on a score from Daube going into halftime.

Things changed dramatically in the third quarter. After Italy’s Matteo Aicardi received a four-minute exclusion the United States took advantage of the extended power play. Daube tied the match moments later at 7-7, then Irving took the lead back with a goal at the 5:25 mark. Daube followed with another and Team USA led 9-7 with 4:24 left in the period. The United States defense was stellar, not allowing a single goal from Italy in the period to carry the two goal lead to the fourth.

Italy broke their scoring drought early in the fourth to close within a goal at 9-8. After consecutive saves from Holland, Vavic converted on the other end with a pivotal power play strike with 3:08 to play to put Team USA ahead 10-8. The defense would hold the rest of the way as the United States claimed the two goal victory.

Power plays told a huge story as the United States went 7/15 while Italy to just 1/14. Team USA went 1/2 on penalties with Italy going 2/3. This is the third team Team USA has advanced to the gold medal match of the World League Super Final in an Olympic year. They previously took silver in 2008 and 2016.