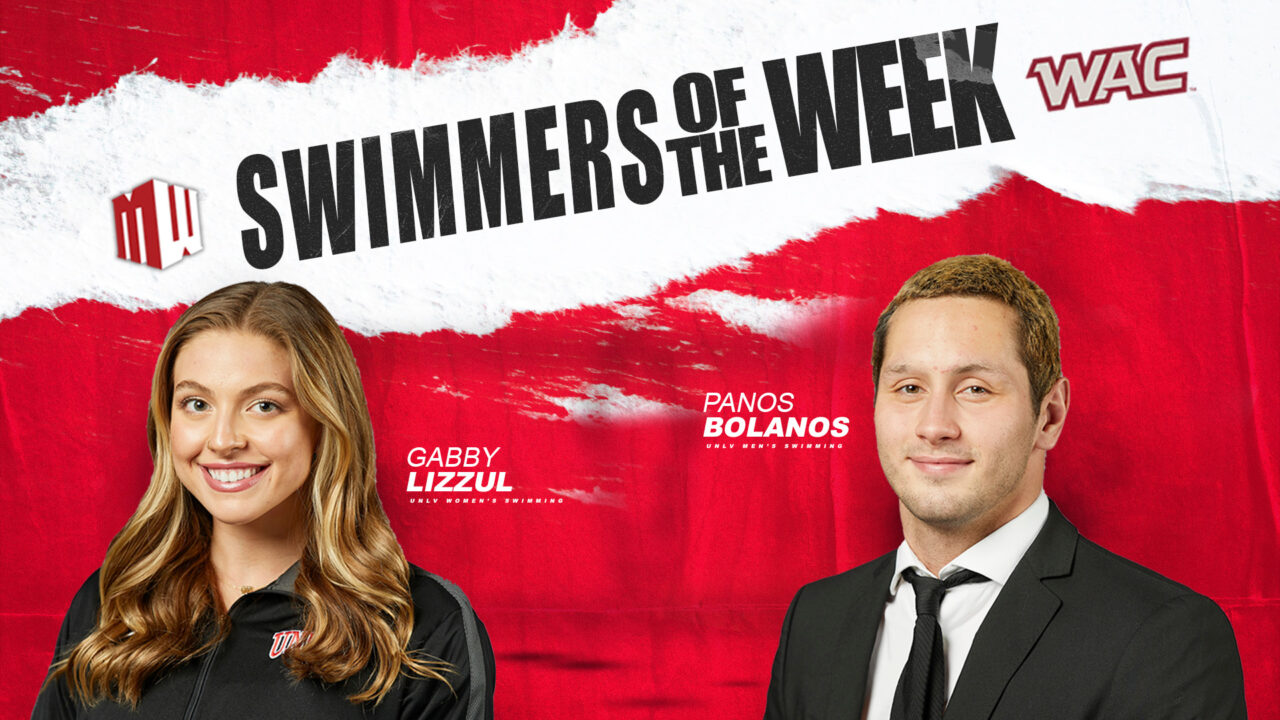 LAS VEGAS (UNLVRebels.com)  – UNLV swimming’s senior Gabby Lizzul and junior Panos Bolanos have been named the Mountain West and Western Athletic Conference Swimmers of the Week, respectively, the conferences announced Tuesday. This marks the first time Lizzul and Bolanos have received the weekly honors in their career.

The Rebel duo helped their squad to a second-place finish (1,233.5 points) in its season-opening meet at the USC Invitational over the weekend, finishing only behind the host Trojans’ No. 17 women’s and No. 23 men’s teams (1,741.5 points) and ahead of third-place TCU (1,098 points) and UC San Diego (892 points) in fourth place.

A product of Athens, Greece, Bolanos led the way for the UNLV men at the meet with a pair of top-2 individual finishes. The Scarlet and Gray’s backstroke specialist earned the Rebels’ single event victory of the weekend in the 200 back (1:44.01) and posted a runner-up finish in the 100 back (47.48). Each of his finishes came on NCAA ‘B’ cut times and placed him among this year’s national top-10 individual rankings for those events.

NEXT UP: UNLV will return to the Golden State next week when it heads to Riverside to race against WAC-foe California Baptist on Saturday, Oct. 23.