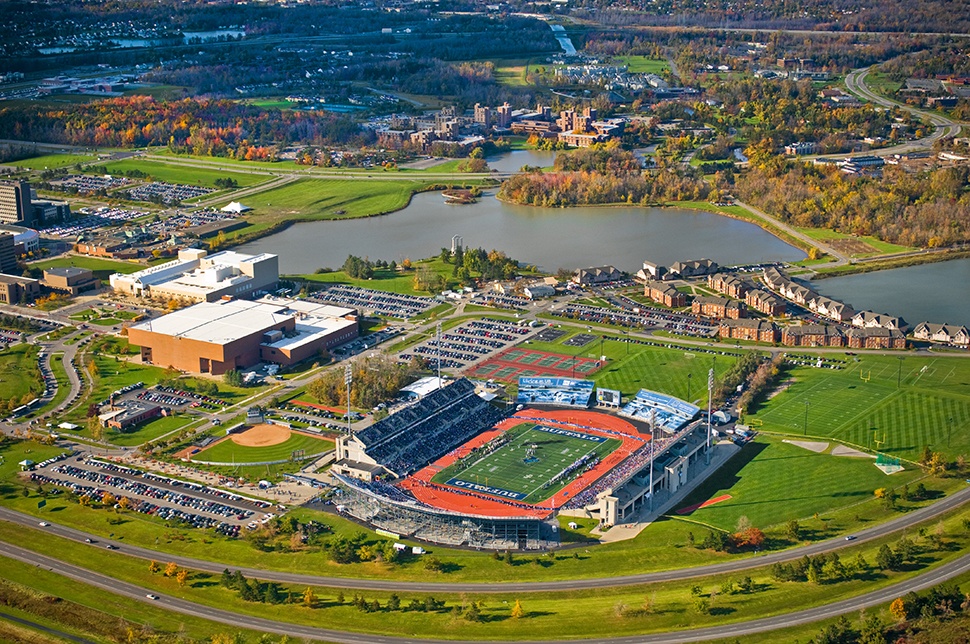 According to tweets posted by University at Buffalo student-run news organization The Spectrum, swimmers from the recently-cut UB men’s program... Current photo via Buffalo Athletics

According to tweets posted by University at Buffalo student-run news organization The Spectrum, swimmers from the recently-cut UB men’s program are holding a sit-in. Members of both the men’s and women’s swimming and diving programs at Buffalo are holding a demonstration outside of the Buffalo president’s office, as evidenced by the tweets below.

SwimSwam has tried to reach out and make contact to the Save Buffalo Athletics page on Facebook, but there has been no reply yet.

Currently members of both the men's and women's swim and dive teams are holding a sit-in next to the president's office in Capen Hall. pic.twitter.com/pwv3gwobLQ

Thanks to videos below, courtesy of The Spectrum, seniors Nicholas Hooper and Brittney Walters explain what they’re trying to achieve with the sit-in and why they showed up today. Hooper says that the team wants to speak with the UB president directly, and Walters says that the women’s and men’s teams are a “united group” and they are here to support the team as a whole.

The President's Chief of Staff Beth Del Genio stated that reps of the team will be brought into the President's office in a few minutes pic.twitter.com/t6psuxytsn

“This has been a very difficult decision made only with extensive deliberation,” said UB President Satish K. Tripathi. “The unfortunate reality is that we no longer have the resources to support 20 competitive Division I athletic teams. I know that this is a difficult day for our student-athletes, our coaches, and the entire athletics program and university. We will work very hard to provide our student-athletes and coaches who are impacted by this decision with the support they need.”

Per The Spectrum, senior members of the men’s UB swimming and diving program have been allowed into President Tripathi’s office. Additionally, they were told that the president was going to meet with team donors.

UB swimmers seem optimistic after meeting with Tripathi, they were told a meeting between the president and team donors would happen soon

Andy Bashor has done a great job improving that team, and I hate to see a rising team cut. The president said they can’t support 20 teams … I would guess that the student athletes with one of the best GPA might be swimming.

So sad to see. Andy is a great man and coach. If these athletes are committed they will sit-in AND hunger strike for at least a month!!!