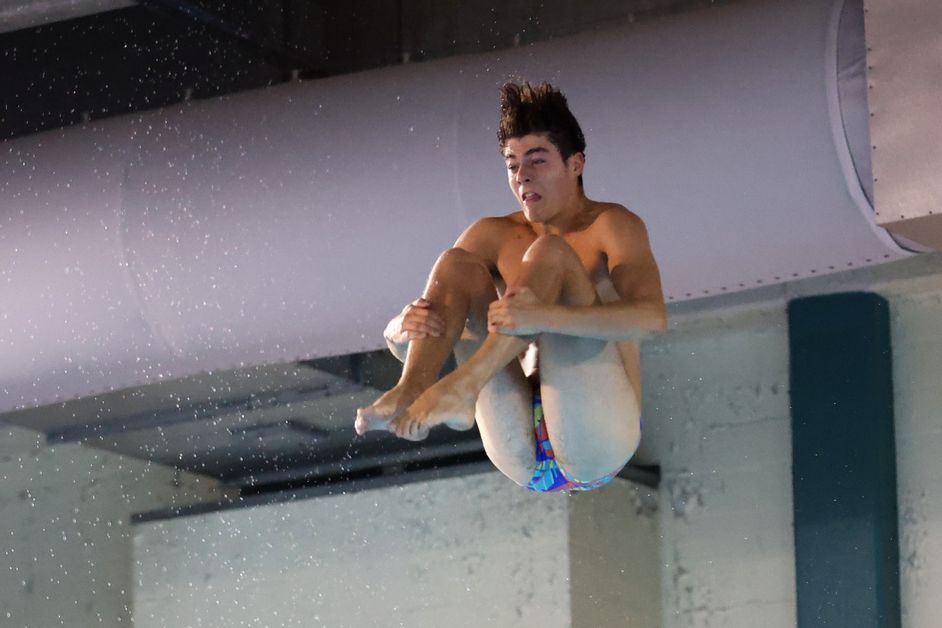 Aidan Duffy and Sam O'Brien each won three events for the UNCW men and Brooke Knisely added two for the women as the Seahawks posted a pair of wins over W&M. Current photo via Tom Hanna/UNCWSports.com

WILMINGTON, N.C. – Aidan Duffy and Sam O’Brien each won three events for the UNCW men and Brooke Knisely added two for the women as the Seahawks posted a pair of wins over Colonial Athletic Association rival William & Mary on Sunday at the Allen Natatorium.

The Seahawks improved to 2-1 on the women’s side while the men picked up their first win of the season to move to 1-2. UNCW won the men’s meet, 222-52, while the women fashioned a 199-95 win over the defending conference champions.

UNCW combined to win 23 races and all four diving events.

It was a team effort for the women as six different swimmers and two divers won events. Among the winning swimmers were Tink Niebel (200 Free), Quinn Bike (100 Back), Sarah Olson (50 Free), Maura Schoppa (100 Free) and Mia Corrado (200 Back).

Will Goldey (100 Back) and E’Likai Crompton-English (50 Free) were additional race winners for the men.

UNCW opened the meet with two wins in the 200 Medley Relay and closed out the meet in a similar style by taking both races in the 400 Free Relay.

In diving, freshman Ethan Badrian posted a season-best 306.30 points in winning the 3-meter board and had 283.05 in his 1-meter victory.

Senior Courtney Klausen claimed the 1-meter with 262.20 points and sophomore Lauren Mehta earned her first collegiate win on the 3-meter board (219.15).

The Seahawks continue their season-opening home stand on Oct. 8, when they host Georgia Tech and the Campbell women for an 11 a.m. start at the Allen Natatorium.

WILMINGTON, N.C.- William & Mary men’s and women’s swimming teams lost a season-opening meet at UNCW Sunday morning. The women dropped a 199-95 meet, while the men lost by a 222-52 count.

William & Mary will next be in action October 15 for a home meet with Johns Hopkins in the Bee McLeod Recreation Center.

Mark my words UNCW is taking home both trophies this year

I wouldn’t count out Delaware, or Towson. Both have pretty solid men and women. UNCW definitely the favorite right now but we’ll see how the other teams first dual meets go

Delaware maybe but Wilm is deeper in almost every event. Towson no chance.