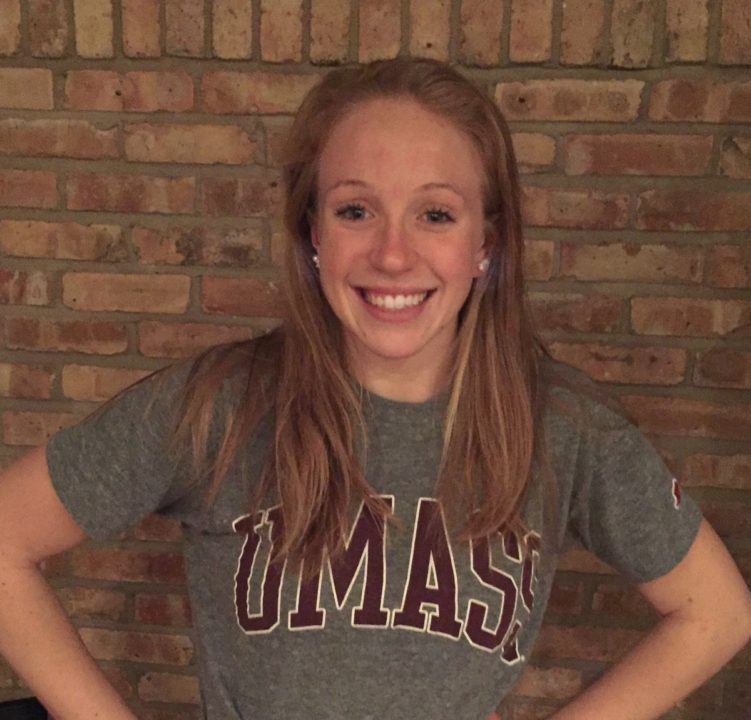 Paige Mitchell of the Academy Bullets has verbally committed to the University of Massachusetts. The senior from Lyons Township High... Current photo via Paige Mitchell

Paige Mitchell of the Academy Bullets has verbally committed to the University of Massachusetts. The senior from Lyons Township High School, located just west of the city of Chicago, is a freestyler who can sprint as well as extend her range to the 500 and beyond. At the 2015 IHSA Championships, Mitchell competed in the 200 free (20th) and 500 free (29th), as well as splitting a 52.73 on their 20th place 400 free relay.

The 200 free will be Mitchell’s most impactful gift to UMass. She would’ve just snuck into scoring in the B final in that event at last year’s Atlantic-10 Championships. Additionally, her flat start best time is quicker than two of UMass’s legs were on their 800 free relay at A-10’s this past season. Meanwhile, she’s not too far off of scoring in the 50, 100, and 500 free.

UMass had no scorers in the 200 free last season, and they have only one returning scorer each in the 100 free and 500 free. Mitchell is currently gearing up for the 2016 IHSA Championships in a few weeks. She’s been ranked 29th thus far this season in the 200 free.

Congratulations Paige Mitchell on her commitment to UMASS! #GoMinutemen pic.twitter.com/QSBd5FNmQw

If you have a commitment to report, please send an email with a picture and quote to [email protected]