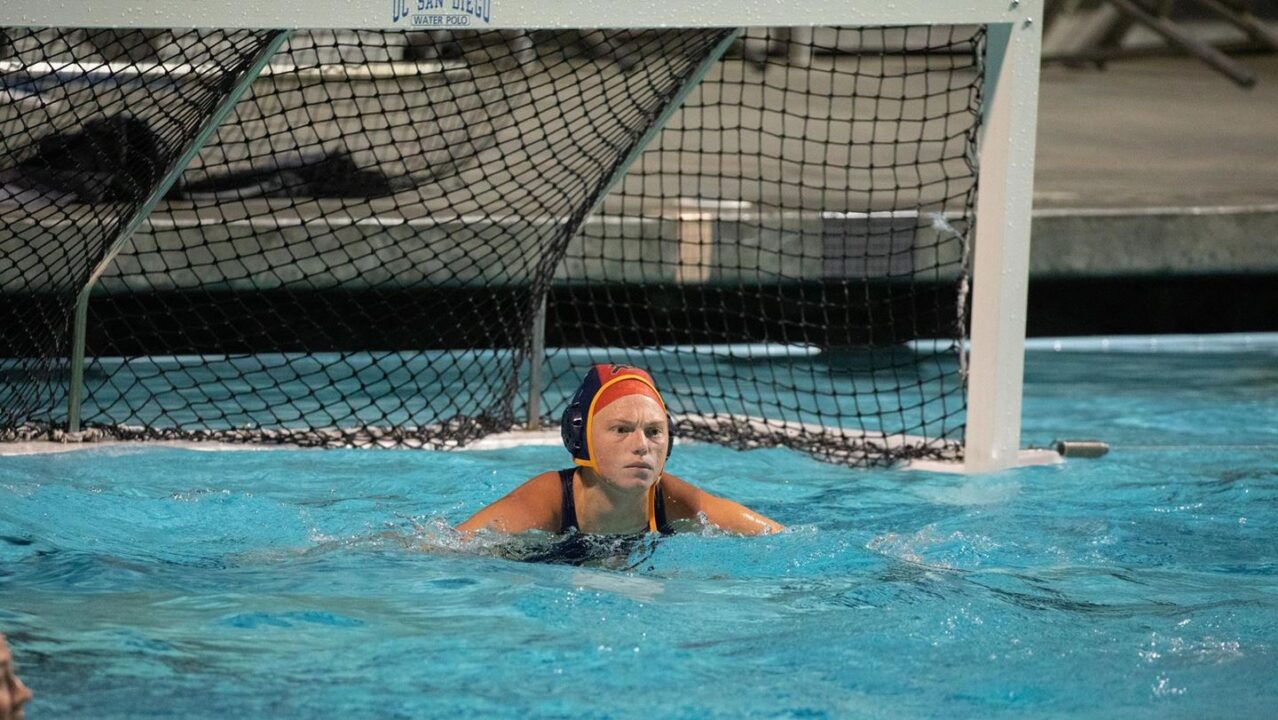 LA JOLLA, Calif. – The No. 9 UC San Diego women’s water polo team face No. 15 Long Beach State in their final road games of the regular season. The Tritons look to keep their unbeaten conference record intact against the Beach.

ATTENDING THE GAMES
Per the current COVID-19 guidelines set by the state of California, the County of San Diego and the Big West Conference, fans are not permitted to attend home games at Canyonview Aquatic Center. For more information on UC San Diego ticket policies, visit UCSDTritons.com/tickets.

COVERING THE TRITONS
Media members wishing to cover a UC San Diego game in-person at Canyonview Aquatic Center this season must notify a member of the Athletics Communication staff no later than 24 hours before start of a contest. All media members will need to complete a UC San Diego symptom screening form on the day of game prior to arriving on campus.

LAST TIME OUT
The Tritons split games with UC Davis on April 10. They picked up a conference win in game one with a 11-7 victory but fell short in a game two 11-8 nonconference loss. Annika Arroyo led the Tritons with seven goals on the day, followed by Grace Pevehouse with five.

SIZING UP THE BEACH
The Beach are 1-6 on the season and are looking for their first conference win when they host UC San Diego. LBSU picked up their first victory of the season when they defeated Loyola Marymount 8-6 last weekend. The Tritons will look for a little revenge from a 6-4 conference loss to the Beach in 2020. Since 2006, the Tritons have gone 9-15 against the Beach.

100 GOALS CLUB
Grace Pevehouse (157) and Ciara Franke (137) have scored over 100 goals in their careers. Next closest player is Jessee Ransone with 67.

HEAD COACH BRAD KREUTZKAMP
Kreutzkamp is in his 12th season as Head Coach of the women’s team. He has a career record of 243-166. With three more wins, he will overtake Denny Harper as winningest coach in program history.

New episodes of Tritoncast are available each week on the most popular podcasting apps, including Amazon Music, Apple Podcasts, Audible, iHeartRadio, Spotify, Stitcher, and TuneIn. In addition, each episode can be heard and downloaded on UCSDTritons.com. For individual show information and listen links, follow Tritoncast on Twitter @Tritoncast.

FOR THE YOUNGER CROWD
Got some young Triton fans in your family? If they are eighth grade or under, check out the Junior Triton Club. Membership includes a free t-shirt, admission to over 100 UC San Diego home athletic events, and much more!

GEAR
For the latest Triton apparel and accessories, visit the official team store of the Tritons here.

UP NEXT
The Tritons will play their final games of the regular season when they host UC Irvine on April 23 and 24 at Canyonview Aquatic Center.