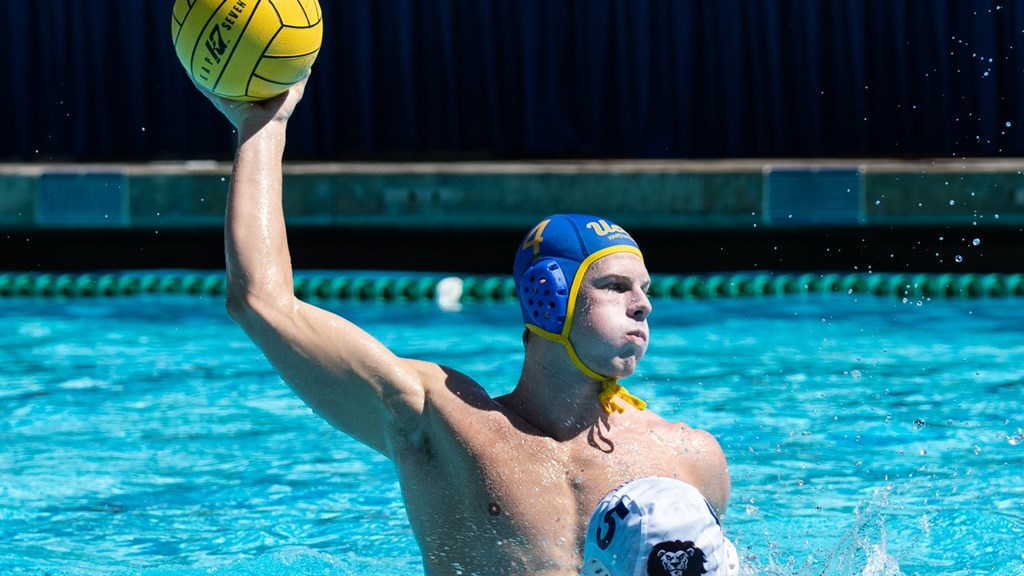 UCLA holds a narrow two-point lead over the University of California after sharing the No. 1 spot in the Week 2 poll. Archive photo via MP Sports

UCLA, which solely held or shared the No. 1 spot in the Preseason and Week 1-to-3 polls prior to reclaiming the top spot last week, holds a narrow two-point lead over the University of California in clinging to the lead position for another week.  Pomona-Pitzer Colleges retains sole custody of the top spot in the Division III Top 10 ranking, with Fordham University continuing as a unanimous No. 1 in the Mid-Atlantic Water Polo Conference (MAWPC) Top Five.  Harvard University and Princeton University are tied at No. 1 in the Northeast Water Polo Conference (NWPC) Top Five ranking.

For the first time this season the National Top 20 Poll remains mostly unchanged with the University of California-Los Angeles retaining the top spot in the 2021 Week 6/October 13 rankings.

UCLA (98 points) – which shared the No. 1 berth in the Week 2 Poll with sole custody of the rating in the Preseason, Week 1 and Week 3 voting prior to returning to the lead position last week – holds a two-point lead over the University of California (96 points).

The University of Southern California (91 points), Stanford University (86 points) and Long Beach State University (79 points) follow at No. 2-to-5, respectively, as the Top Five remains unchanged from the Week 6 voting.

The final position in the Top 20 is shared by the United States Naval Academy (4 points) and St. Francis College Brooklyn (4 points).

Pomona-Pitzer (100 points), which was ranked at No. 3 in the Preseason balloting, is a unanimous top selection for the seventh week in a row.  California Lutheran University (95 points) stays at No. 2, while Whittier College (90 points) bypasses Claremont-Mudd-Scripps Colleges (85 points) to take over at No. 3.

The remainder of the Top 10 remains unchanged as Chapman University (80 points), Occidental College (73 points), the University of Redlands (70 points), the Massachusetts Institute of Technology (66 points), Austin College (61 points) and Johns Hopkins University (33 points) remain at No. 5-10, respectively, for another seven-day run.

The squad from the Bronx continues its 2021 dynasty as Fordham University remains on top in the 2021 Week 7/October 20 Mid-Atlantic Water Polo Conference (MAWPC) Top Five Poll.

The Rams (100 points) remain a unanimous No. 1 selection with the United States Naval Academy (95 points), Bucknell University (90 points), George Washington University (83 points) and Wagner College (82 points) following at No. 2-to-5 for another week.

The 2021 Week 7/October 20 Northeast Water Polo Conference (NWPC) Top Five Poll experiences a change as Princeton University pulls even with Harvard University as the Tigers and Crimson share possession of the No. 1 berth.

Tied at No. 1 two weeks ago prior to Harvard taking a 98-97 lead last week, the Crimson (97 points) and Tigers (97 points) lead a Top Five which experiences no other changes with St. Francis College Brooklyn (90 points), Brown University (86 points) and the Massachusetts Institute of Technology (64 points) staying at No. 3-to-5.

A seven-team conference, the NWPA is comprised of Brown, Connecticut College, Harvard, Iona College, MIT, Princeton and St. Francis Brooklyn for the 2021 season.