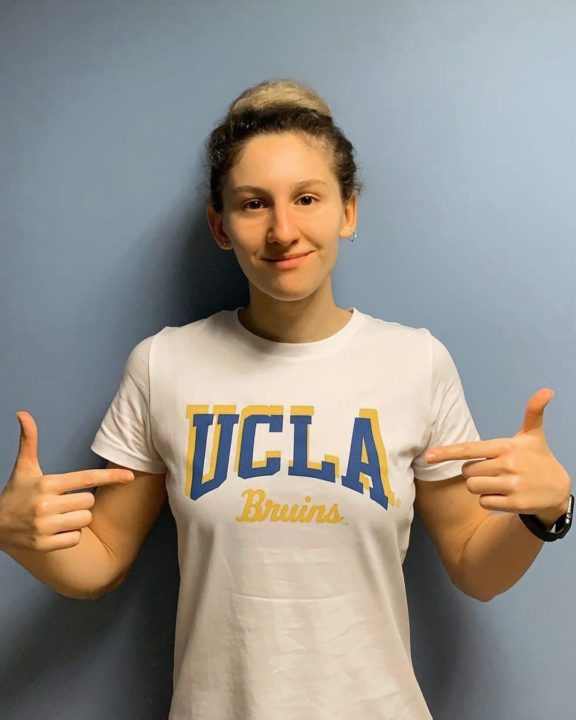 The 2020 Turkish Short Course Championships kicked off today in Istanbul with day one’s session comprised of relays and distance events.

The participating swimmers wasted no time making their marks on the 5-day meet, starting with the Fenerbahçe Spor Kulübü squad in the women’s 4x50m freestyle relay. The combination of Selen Ozbilen (25.04), Sila Bilgi (24.71), Gizen Guvenc (25.34) and Sezin Eligul (24.91) collectively stopped the clock in a final time of 1:40.00. That sliced .38 off of the previous Turkish senior national record of 1:40.38 that the same swimming club put on the books last year.

UCLA-bound Beril Bocekler crushed a new lifetime best en route to topping the women’s 800m free podium. The 16-year-old multi-European Junior Championships medalist put up a winning effort here of 8:19.24, getting to the wall a fingernail ahead of runner-up Merve Tunce.

As for Bocekler, her result this evening checks-in as a new Turkish national record, overtaking her own previous lifetime best of 8:22.12 from November 2019. She is set to join UCLA for the 2022/23 season.

Below are Bocekler’s splits for her new Turkish national record.

Finally, the men’s 1500m free also saw a record bit the dust, with 17-year-old Yigit Aslan getting it done in 14:44.03. Aslan topped the field by 8 seconds en route to knocking down the previous TUR national standard that’s been on the books for 5 years, 14:50.02.

Like Bocekler, Aslan is slated to enter the NCAA ranks, having committed to the Wisconsin Badgers for the 2021/22 season.

Turkey is the country to watch in swimming over the next decade. There is a tonne of investment going in to sport generally, but particularly swimming. Great facilities, increasingly great coaches, booming participation numbers etc. Really exciting times for Turkish swimming.

Bocekler’s time converts to 9:30+ in 1000 yd free, which is smokin fast and would lead NCAA at this point. Dang!

It will be great to see Aslan in Madison training under Posegay and Suguiyama- two renowned coaches, especially for their freestyle/distance specialties.