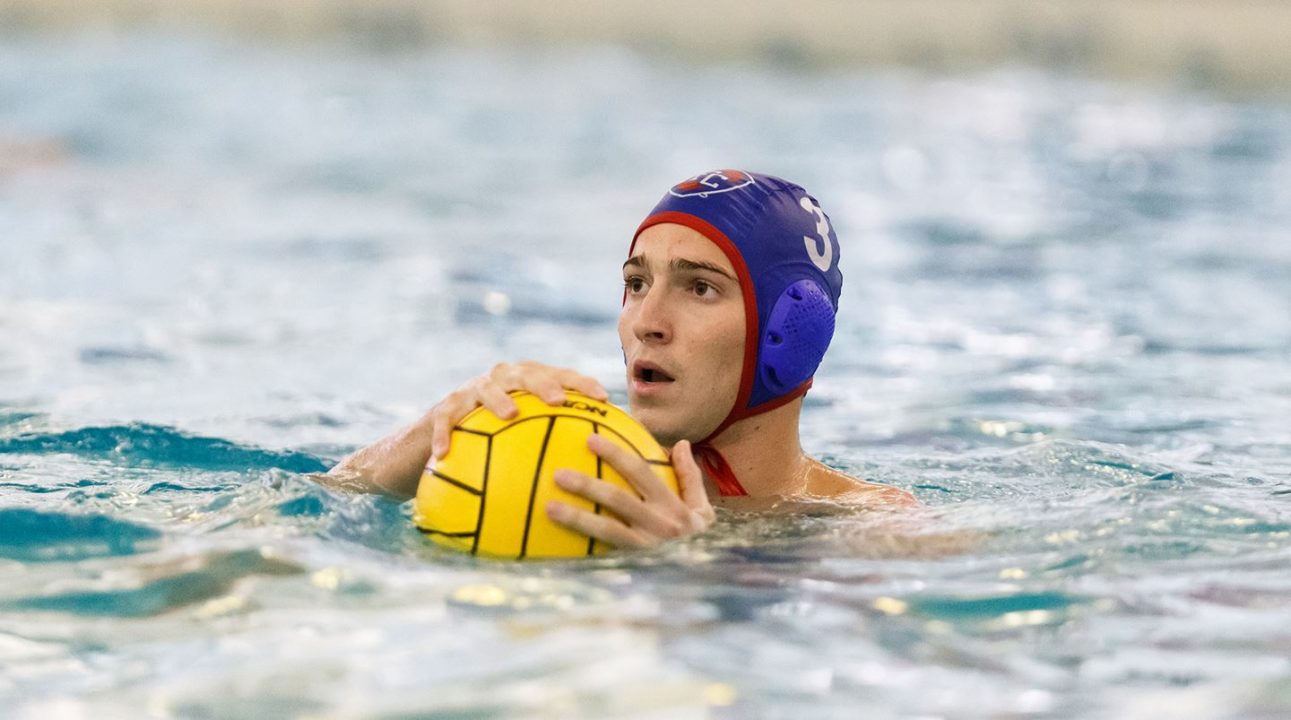 UC Santa Barbara jumped three spots from tied for seventh to fourth in the Sept. 11 poll. UC Irvine (13 to tied for ninth) and St. Francis Brooklyn (receiving votes to 17) also were big movers from the preseason listing.

UCSB went 4-0 at the Triton Invitational in San Diego last weekend, besting three top 10 teams along the way en route to the program’s highest ranking since 2016. The Gauchos topped Concordia (Irvine) 12-7 to kick off the season and followed with wins over #7 Pepperdine (11-5), #4 Cal (8-5) and #5 Long Beach State (12-9) to claim the tournament crown. Next up, UCSB will head to Redlands, California, for the Inland Empire Classic.

UC Irvine went 2-2 in San Diego, topping #9 UC San Diego 5-4 and Claremont-Mudd-Scripps 8-7, before falling to #5 Long Beach State 10-8 in double overtime and #4 Cal 11-6. UC Irvine will face a handful of ranked opponents at the WWPA/GCC Challenge Cup in Los Angeles this weekend.

For its part, St. Francis Brooklyn posted a 3-1 weekend at the Bruno Invitational in Providence, Rhode Island. The Terriers topped #16 Cal Baptist (11-10), McKendree (18-7) and Wagner (10-9) before being edged by #16 Bucknell 13-10. SFC will head to the Princeton Tiger Invitational in Princeton, New Jersey this weekend.

Defending national champion USC remained at #1 after an idle opening weekend. The Trojans kick off their 2019 campaign at the Inland Empire Classic on Saturday.

UCLA held down the #2 spot after a 4-0 weekend at the Navy Open in Annapolis, Maryland. The Bruins downed Fordham (15-3), #12 Princeton (14-5), vote getter Navy (20-7) and La Salle (20-2). Next up, UCLA heads to Palo Alto, California, for the Stanford Invitational, during which the Bruins will play #18 San Jose State and three exhibition matches.

Stanford dropped one spot to #3 despite dominating the competition in four wins at the Navy Open. The Cardinal topped RV Navy (26-3), Iona (20-1), Johns Hopkins (22-2) and #12 Princeton (22-8). Stanford is set for four weekend exhibition matches as well as a Friday contest with San Jose State.

The full Week 1 poll is below.