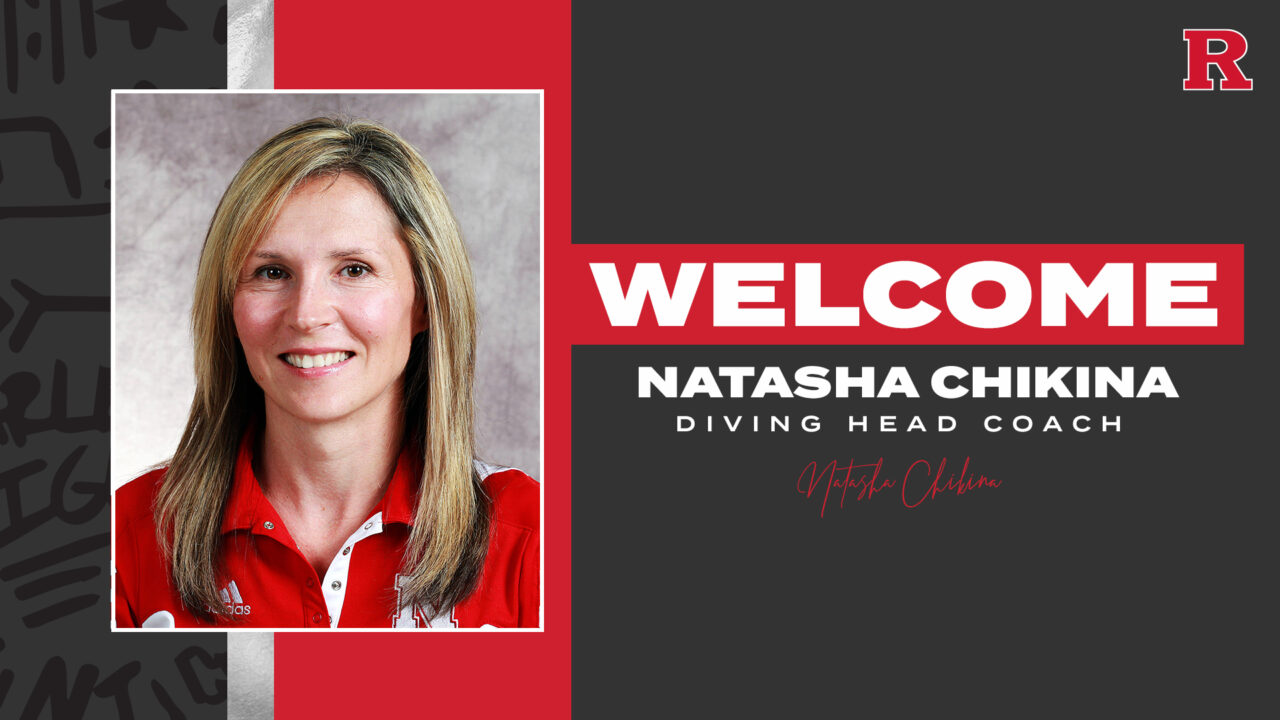 Chikina will be replacing longtime Rutgers diving coach Fred Woodruff, who recently announced his retirement after 28 years with the Scarlet Knights. Current photo via Rutgers Athletics

Chikina arrives “On The Banks” after spending 16 years as Nebraska’s head diving coach helping the Huskers claim at least one All-American distinction in each of the last six seasons along with appearances at the NCAA Championships for eight-straight years and 41 NCAA Zone qualifiers.

This past season Chikina mentored Knapton to her fifth career first-team and sixth overall All-American honor in performances on both the platform and 3-meter finals in March. The results helped to give Nebraska its best NCAA placement since 2001 and the highest point total at nationals since 2000.

Chikina also guided Anna Filipcic to honorable-mention All-American status with a 10th place finish on 1-meter at the 2016 NCAA Championships. She helped the Cornhusker to the NCAA Championships in all four of her seasons as well as two Big Ten Conference runner-up performances on 1-meter 2016 and 3-meter in 2017.

During her tenure with Nebraska, Chikina also served as a team leader for the US National Diving Team at the 2019 FINA Grand Prix in Calgary, Canada and at the 2019 University Games in Naples, Italy.

Prior to working with the Cornhusker program, Chikina served as the assistant head coach at the U.S. Diving Regional Training Center from 2001-05. She coached a two-time Oklahoma state high school champion, two Junior Olympic National Team members and four Junior Olympic National qualifiers in addition to scouting, recruiting and judging competitions up to the national level. Chikina was also a member of the staff at the 2003 U.S. Diving National Training Camp, instructing junior national-level athletes in the spotting belt, trampoline and dryboard.

Chikina began her coaching career at her alma mater, the University of Southern California, as an undergraduate assistant coach in 1998-99, helping future Olympians Troy Dumais, Justin Dumais and Dorte Linder, and as an assistant coach with the Trojan Diving Club from 1998 to 2001, coaching two Junior Olympic national champions.

Chikina’s coaching career followed a stellar international and collegiate career.
Competing at the 1996 Atlanta and 2000 Sydney Summer Olympic Games for her native Kazakhstan, Chikina finished 15th at the Atlanta Games and went to a ninth-place finish on the 10-meter platform in Sydney.

Between appearances at the Olympics, Chikina earned a pair of NCAA All-America honors at USC and was a two-time Pac-10 champion on 3-meter. She also placed fourth on platform at the 1998 NCAA Championships.

Chikina graduated from USC in 1999 with a bachelor’s degree in social science and communications and also received a physical education and coaching degree from the Kazakh Institute of Physical Education in Almaty, Kazakhstan, in 1996.

Chikina and her husband, Kris Hoffman, a fellow diving coach, are the proud parents of two daughters, Katerina and Sophia.