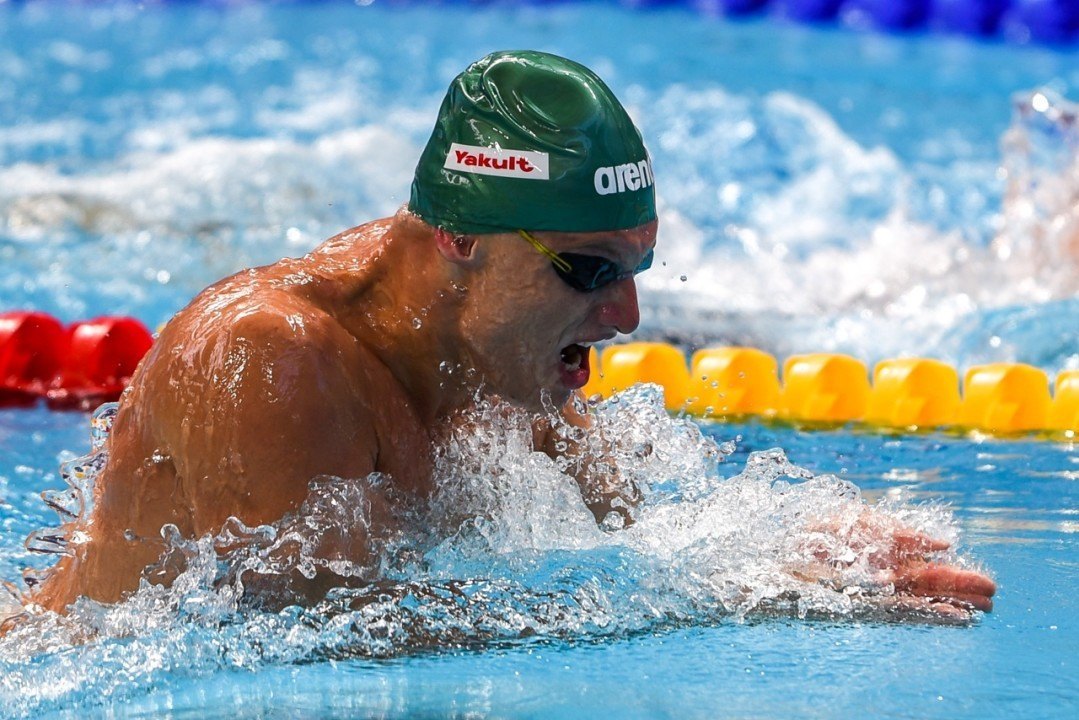 Young breaststroke star Ruta Meilutyte was absent from the 2016 Lithuanian Championships, but there were still two new national records set during... Archive photo via Peter Sukenik/www.petersukenik.com

Young breaststroke star Ruta Meilutyte was absent from the 2016 Lithuanian Championships, but there were still two new national records set during the meet.

All of the men’s breaststroke meet records were downed as well. Giedrius Titenis clocked a 27.87 in the 50 breast semis to break that record and went on to win the event. Andrius Sidlauskas broke the 100 breast meet record in prelims (1:01.32) and then again in finals (1:00.96). Finally, Estonian Martin Allikvee swam a 2:12.80 to win the 200 breast and break that meet record.