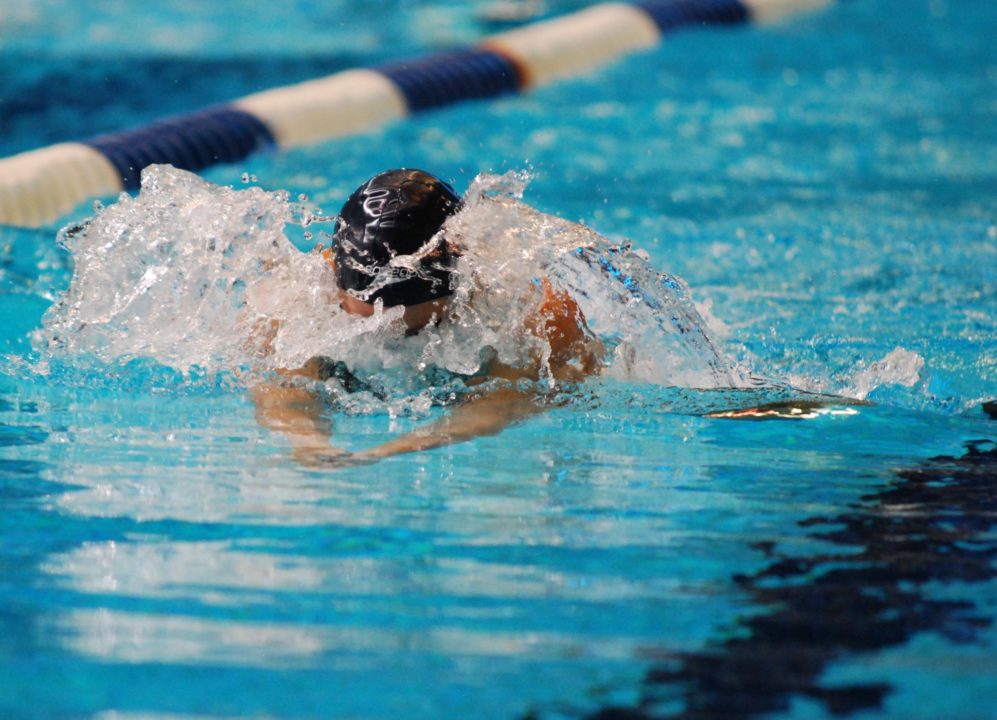 On the final day of the Argentinian Championships this weekend, both genders managed to knock down national records in the breaststroke races. Stock photo via Janna Schulze/SwimSwam.com

On the final day of the Argentinian Championships this weekend, both genders managed to knock down national records in the breaststroke races, bestswimming.com reports.

For the men, Facu Miguelena completed a sweep of the breaststroke wins, adding the 200 to his 50 and 100 wins. Miguelena, who broke the 100 breast record earlier in this meet, went 2:15.55 to take over two full seconds off the national mark. It previously stood at 2:17.66.

Meanwhile Julia Sebastian, already the national record-holder in all three breaststroking distances, dropped a 1:08.76 to further lower the 100 mark. Sebastian had also broken a record previously at this meet, smashing the 200 just one day earlier.

Other individual event winners from the final day: