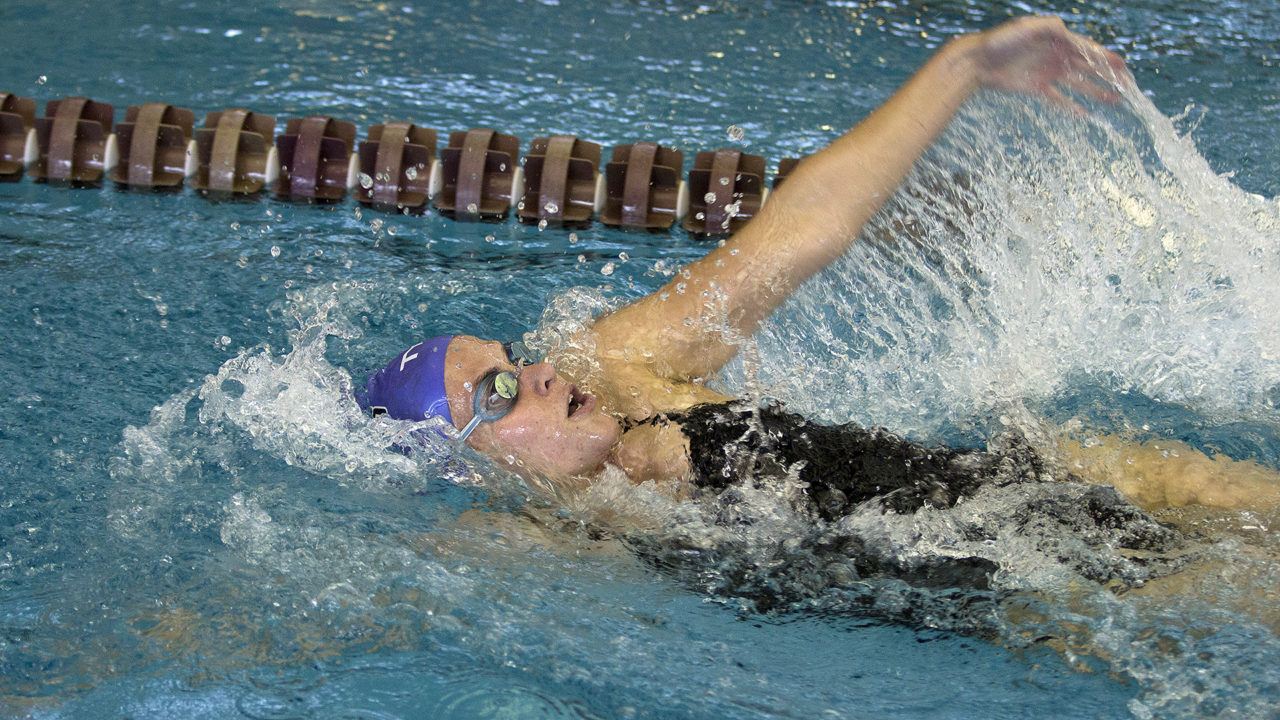 KIRKSVILLE, Mo. – For the final time in 2018, the Truman State University men’s and women’s swimming teams were in action. The Bulldogs swept Western Illinois inside Pershing Natatorium as the men won by a score of 142-115 and the women followed suit, 169-90.

WINNING PERFORMANCES
The men took home first place in seven events while the women were on top of the pedestal for 10 of their 14 events.

The men’s seventh and final win belonged to Jack McKenzie in the 100 fly with a time of 51.28.

That Medley team was made up of Lauren Massot, Ginny Schranck, Maggie Hickey, and Emma Brabham.

As for the 200 free relay team, that quartet consisted of Brabham, Lexi Krogman, Allison Garrett, and Kaylee Sisson.

UP NEXT
This will do it for 2018, so up next, both the men and women will be at William Jewell on Saturday, Jan. 12 with the action set to begin at 1 p.m. in Liberty.

KIRKSVILLE, Mo. – The Western Illinois swimming and diving program had one final meet in the year 2018 and claimed 11 event wins Saturday (Dec. 1) in a dual meet at Truman State.

“Our shorter distance races looked really good,” said head coach Greg Naumann. “We struggled early on with our long distance races.  They weren’t quite attacking their races like they are capable of doing and the men’s team had some chances to pull out the W but fell a little short.”

The Leathernecks’ men were quite successful in their relay teams with wins in the 200-yard medley (1:35.30) and 200-yard freestyle medley (1:26.66). The first team was comprised of Brennan Bladel, Chance McQuigg, Samir Almhiemid, and Adam Peterson, and the latter saw Phillip Kudela swimming in the No. 2 spot.

“The women’s side was very difficult.  Truman State’s women’s team has always been very good, and this year is no different.  The races we were able to win were great swims.  Miranda had some great freestyle swims along with Erica continuing to dominate in the 100-breast.”

“I am pleased to see that some of the things that we are working on in practice are starting to show up in their races. We’ve got a decent amount of time off before our next meet to really work on putting everything together for our races from start to finish.”

Western opens the new year in Brophy Hall with back-to-back races on Jan. 11 and Jan. 12. South Dakota State and Saint Louis will join the Leathernecks Friday at 6 p.m. before an 11 a.m. meet Saturday against South Dakota and Eastern Illinois.