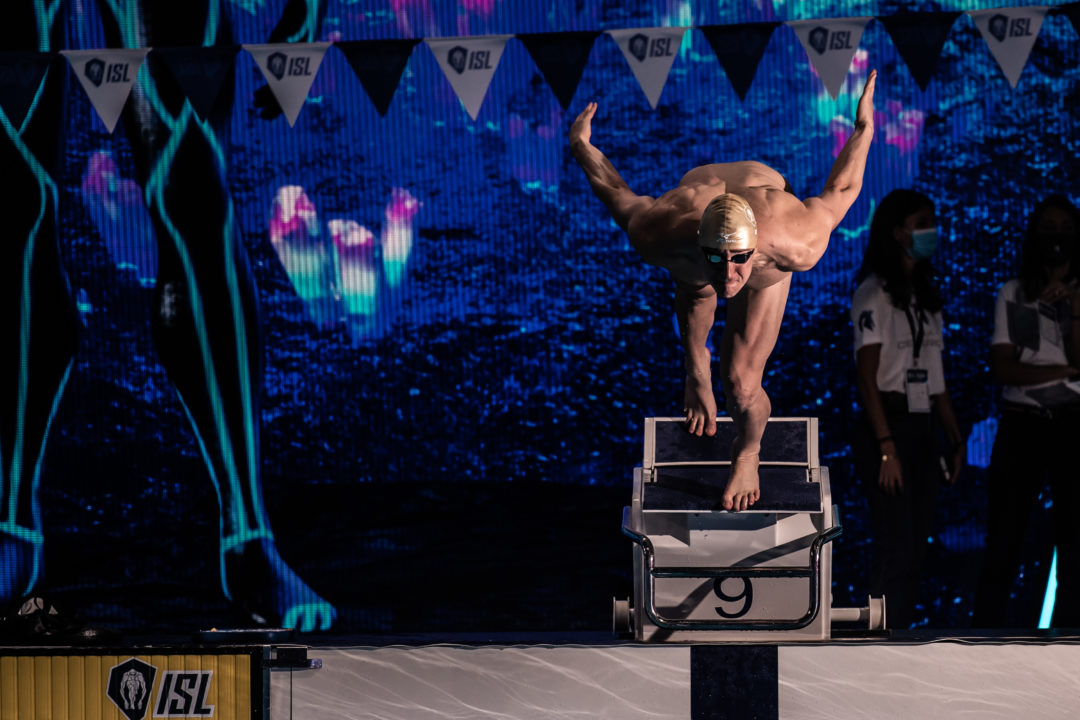 27-year-old Ryan posted a time of 21.37 in the men’s 50m freestyle, garnering him the 2nd place spot behind winner Ryan Hoffer of the DC Trident. Hoffer touched in 21.25 to grab the top points tally of 9 while Ryan grabbed 7 for his squad.

Entering this meet, Ryan’s personal best and Irish short course national record in this 50 free rested at the 21.41 he produced in December 2019. As such, the man sliced .04 off of his previous PB with this swim. Ryan also contested the 50m back here in Naples, getting to the wall first in 23.12. He owns the national record in that event as well with a time of 22.76 from when he earned bronze at the 2018 FINA World Short Course Championships.

Ryan competed at this year’s Olympic Games in Tokyo, Japan, where he notched a national record in the 100m fly en route to placing 37th while he dropped out entirely from his signature 100m back event. Ryan also raced as a member of his nation’s 800m free relay, although the team was relegated to 14th place and out of the medal race.

Trumpboy makes up lies and then calls it “sad”?

Yep, this checks out.

Unlike Biden who never seems to lie…… 🤡