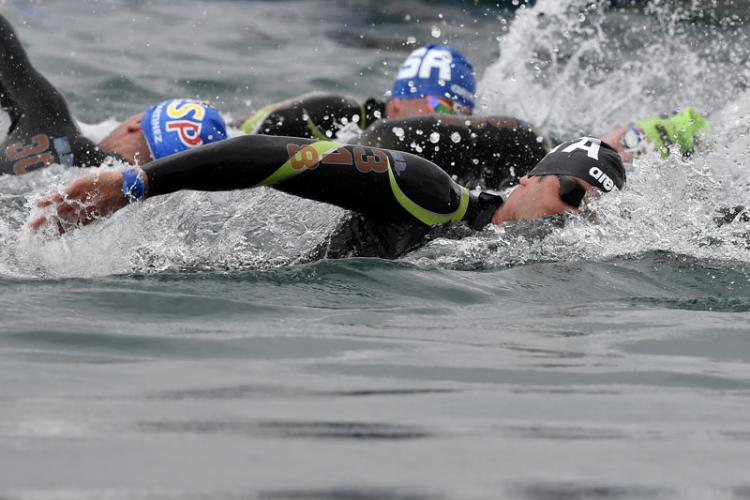 Earlier this week, FINA announced the addition of an "Aquatics Festival" that will be running alongside the 2021 SC World Champs in Abu Dhabi in December. Stock photo via A. Staccioli /Deepbluemedia/Insidefoto

Earlier this week, FINA announced the addition of an “Aquatics Festival” that will be running alongside the 2021 SC World Championships in Abu Dhabi, UAE in December. The Aquatics Festival will feature the final stop of the annual FINA/CNSG Marathon Swim World Series, and will include a brand new mixed open water relay, where 2 men and 2 women will each swim 1500m, to combine for a 6K. Additionally, there will be a high dive event, and a mixed team diving event, which will include both 3m springboard and 10m platform diving. FINA also outlined the prize money structure for these new events, which you can find here.

Recently appointed FINA Executive Director Brent Nowicki spoke with SwimSwam on the decision-making process for creating the Aquatics Festival and having it run parallel to the Swimming SC World Champs. When asked how FINA came up with the idea of creating the new event, Nowicki began by saying “One of FINA’s primary goals under the President’s (Captain Husain Al-Musallam) leadership is to promote greater unity and harmonization across all aquatic sports.

“[We] looked at the number of events on the calendar, and we’re set to host a lot of events in lots of different host cities.” Nowicki also pointed out that high dive athletes needed an opportunity to have a qualifier for the 2022 World Championships, since the COVID-19 pandemic removed the initial qualifying event from the calendar.

In spite of more events, more prize money, and more facilities needed, Nowicki claims that the move is actually a cost-saver for the organization because of the ability to combine several events into one city.

“We looked at the expenses, and this made a lot of sense. Putting new events into an existing host city also lowers our carbon footprint, which we’re striving to do as well.” He then explained that from an expense standpoint, the combination of events was “simple,” because although adding the new events in will cost more than just hosting the swimming World Championships in Abu Dhabi, the expenses are still lower than running swimming, diving, and open water swimming events all at separate times in different locations.

Nowicki also noted that the move “makes things a little easier on our sponsors and partners,” citing OMEGA, which handles the timing, scoring, and results for FINA events, as an example. He added that bringing the different partners and sponsors for each discipline together in the same place is another means of increasing unity across FINA sports.

The combination to combine the events has opened up a dream in Nowicki’s eyes of encouraging more pool swimmers to test out open water races.

“With the open water World Series, again, it just kind of made sense to have the final stop be where the swimming World Championships are.” Speaking on the mixed open water relay, he said that the reasoning behind is because FINA want to “increase pool swimmer interest and participation in open water swimming.” Nowicki says that the hope is that because the mixed OW relay is just 1500m a leg and is a brand-new concept, it will encourage some distance-oriented pool swimmers to come to Abu Dhabi a couple days early to compete in it.

According to Nowicki, the addition of the mixed events in open water swimming and diving are because athletes and fans alike find mixed events to be “fun,” adding that it allows male and female athletes to compete together and against one another in a manner that they don’t usually get an opportunity for.

I think OW still remember Fran passed near there from warm water!

Great leadership from both Brent Nowicki and Husain Al-Musallam and an exciting new avenue for the world’s greatest distance swimmers!