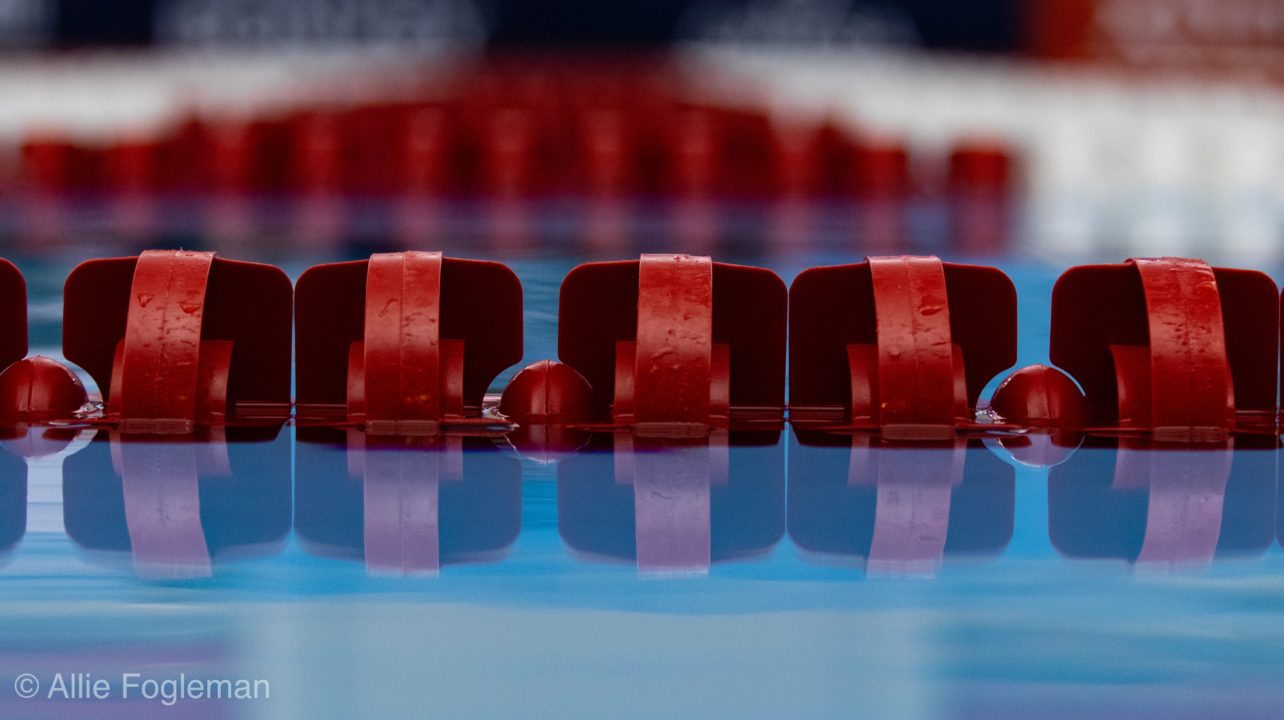 Young rising stars were the headliners through three days at the Eastern Zone Super Sectionals, including in the girls' 200 breast. Stock photo via Allison Fogleman.

The third day of the 2022 Eastern Zone LC Super Sectionals meet in Richmond, Virginia featured some of the region’s younger swimmers displaying their talents.

In the girls’ 200 breaststroke final, a trio of 14-year olds swam times that qualify them for the Winter Junior Championships (and the junior field at the Summer Championships) in the event.

14-year old Abigail King of the Westchester Aquatic Club won the race in 2:34.66. That knocked over two seconds off her previous best time in the race, which was set just two weeks ago.

She previously hadn’t swum the race since last summer, where her best was a 2:42. In that same time period, she knocked 12 seconds off her best in the 200 yard breaststroke, and now her long course times are following suit.

King trains with the Westchester Aquatic Club in New York. Led by Carleanne Fierro, that is the same age group program that developed, among others, the fastest 200 yard breaststroker in history, and more recently Claire Weinstein, who qualified for the US team for this summer’s World Championships in the 200 free at just 15.

King already had a Winter Juniors cut in this event, but also finishing in the top 3 were 14-year old Elle Scott from NOVA of Virginia in 2:36.89 and 14-year old Sara Czirjak of Cavalier Aquatics in 2:37.63. Those times were each about a second drop from their previous personal bests.

King also swam a best time of 1:13.97 in the 100 breaststroke, though there it was Scott who was the higher-placing 14-year old: she was 2nd in 1:11.59. That time for Scott is a new lifetime best and under the Speedo Summer Championships cut for 18 & unders, though she already had cleared that standard.

That time from Callis already moves her up to 65th-place in the all-time 13-14 rankings, even though she is in the bottom half of that age group. It is also one of the top 10 times by an American 13-year old since at least 2010.

Other Highlights from the First 3 Days:

*eleanor is a junior