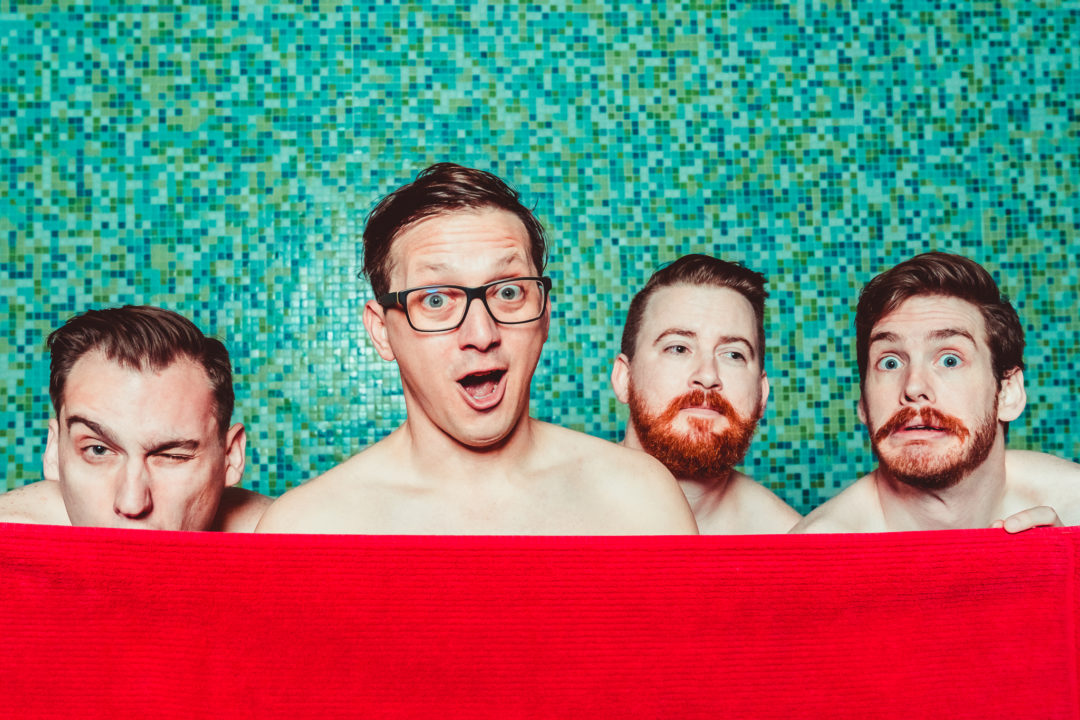 That explains the endless number of bandages that turn up in the pool filters. 🤔🤔🤔 Current photo via Swimwear Department

Swimmers and Swammers: your 2019 Halloween swimming anthem has arrived. As you’re preparing your holiday workout playlists, we’ve got the jam for you.

Houston, Texas-based band Swimwear Department released a music video for their new song “At the Pool,” which provides the only possible explanation for all of those bandages you find floating in the pool every day: there’s a mummy at the pool.

The single was intentionally recorded at the same tempo as the Bee Gees’ “Stayin’ Alive,” as the party anthem’s central character is doing just that. Relatable

While there are no actual pools in the video, there is an early appearance of some backstroke flags at :30 seconds. This is at least the 2nd swimming-themed video that the swimming-themed band has produced, and in fact the garage-surf band has committed to writing music about only on-brand topics: swimming holes and shopping malls. That includes at least one other song that I think we can all relate to, called “Seventeen Swimsuits” (language warning on that one).

The video was produced in collaboration with Filmatic.

The song will be available on all streaming platforms on November 1st.

this is kinda good

Yeah. I love their sound.

The irony is that they didn’t find me via swimming. I also run a Houston-themed Instagram account, and they sent it to me there. It was a total worlds-colliding moment.