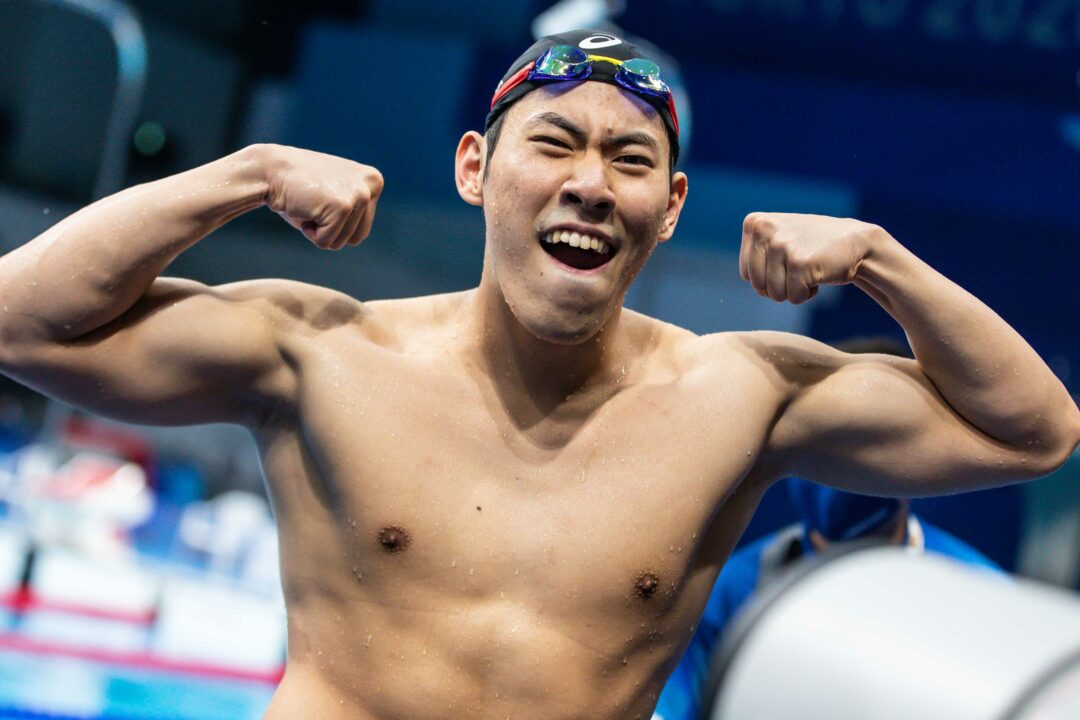 Japan's Tomoru Honda won silver in the men's 200 butterfly at the 2021 Tokyo Olympics despite being just 1.72 m tall (5 ft 8 in). Archive photo via Jack Spitser/Spitser Photography

A few days ago, this article listed the tallest male swimmers to win medals at the Olympic Games.

There is no doubt that swimming is a sport for tall athletes. According to the World Health Organization, “The expected average height of a healthy population should be 163 cm for women and 176.5 cm for men.” In fact, it would be very difficult to find Olympic medalists below, say, 1.70 m tall for women and 1.80m for men.

But there are some of them. And it might be interesting to analyze where they come from and which events they have been racing in. Instagram’s Swimming Stats page has published two lists of the shortest Olympic swimming medal winners in men’s individual events, the first one since 1960 and the second one in the modern era of swimming (since 2000).

Australian Brad Cooper is the shortest one, being 1.60 m tall (5 ft 3 in). He won a gold medal in the 400 freestyle at the 1972 Olympics. In that race he originally finished second, but was later awarded the gold medal after the winner, American Rick DeMont, an asthmatic, was disqualified after his post-race urinalysis tested positive for traces of the banned substance ephedrine contained in his prescription asthma medication, Marax.

In the modern era of swimming, Japanese swimmers dominate the list. Tomomi Morita, a bronze medalist in the 100 backstroke in 2004, is the only male swimmer shorter than 1.70 m to win an Olympic medal since the 2000 Olympics.

In fact, since 2000, the seven shortest medal winners in men’s swimming are Japanese. Tomoru Honda won the silver medal in the 200 butterfly at the 2021 Olympics and was the shortest male swimmer to make the podium in Tokyo, being 1.72 m tall (5 ft 8 in).

Unsurprisingly, there are no 50, 100 and 200 freestyle swimmers on this list. These are very physical events, and the swimmers have to be very strong and powerful. The tallest swimmers tend to have larger and longer hands and feet, and this is not only an advantage, but it is essential in those events.

In contrast, events like 100 and 200 breast, and 400 IM, are more technique-based. Especially breaststroke, which has more emphasis through the middle of the hip, as opposed to the length of the body, is more necessary in freestyle and backstroke. That’s why nine of the 15 swimmers on this list won Olympic medals in breaststroke and medley events.

As you can see, being short is not a deal-breaker for someone who wants to become an elite swimmer. It is true that, on average, an Olympic swimming medalist is taller than an ordinary person. But, as in any sport, there are exceptions. Morita, being 1.69 m tall, won an Olympic medal in 2004 in the 100 backstroke, the same event that Matt Grevers, one of the tallest swimmers to ever win Olympic medals (2.03 m), won medals in 2008 and 2012.

Can u publish a list for shortest women as well?

Overall comment in support of all “short” swimmers: “Judge me by size do you? And where you should not.” Yoda ESB 1980

Lmao . Brad Cooper was not 5’3 . He was also Australian champ in the 100 & 200 backstroke besides 200-1500 free. In 72 Don Talbot studied the USSR breastroke swimmers to prepare ( 5’4″) Beverly Whitfield . He would have noted Soviet surgical limb lengthening techniques & put Brad on one .

Proof Wikipedia is a tool of US Disinformation or sometimes just plain stupid.

From the Stone Age I think of Brian Goodell 5’8”