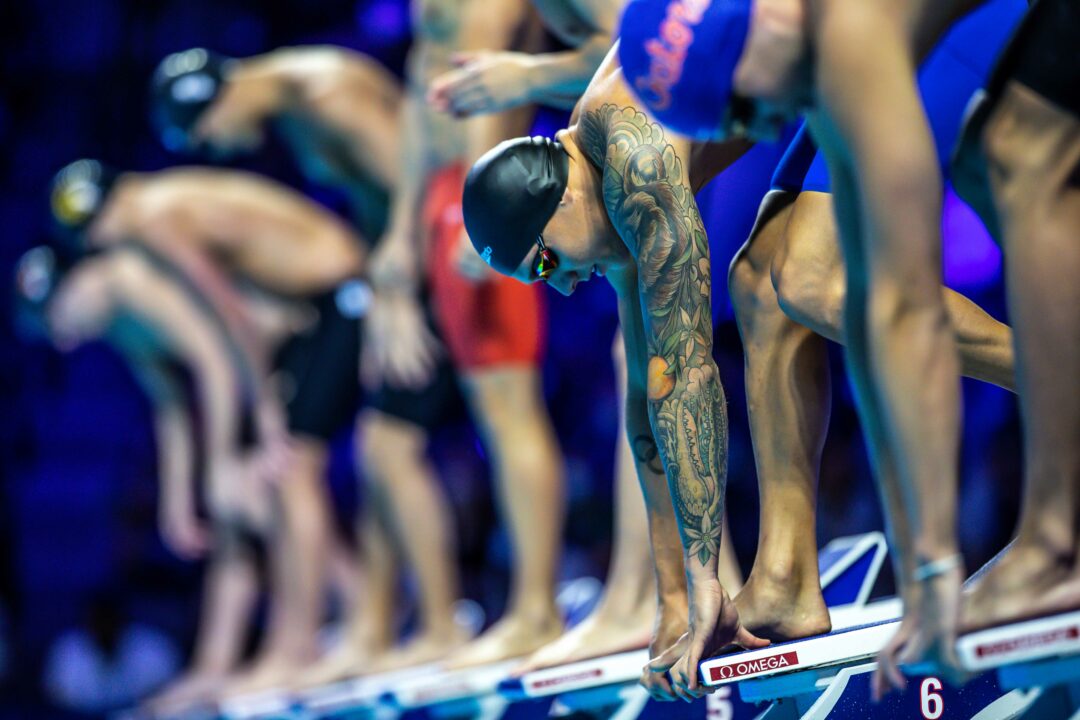 The beginning of the qualification period aligns with the start of the U.S. Open, which kicks off tonight in Greensboro, N.C. Archive photo via Jack Spitser/Spitser Photography

Wednesday, Nov. 30 marks the opening of the qualifying period for the 2024 U.S. Olympic Swimming Trials, which will take place June 15-23, 2024 at Lucas Oil Stadium in Indianapolis.

The beginning of the qualification period aligns with the start of the U.S. Open, which kicks off tonight in Greensboro, N.C., with swimmers contesting the women’s and men’s 800 freestyle having the opportunity to punch their ticket to Indy.

In 2021, there were around 882 qualifiers for the Wave I meet only, plus around 657 swimmers who had standards that qualified them directly qualified them for the Wave II meet. That means that even with the extra qualifying period, there were only about 1,539 Olympic Trials qualifiers in 2021 based on the original standards. That didn’t miss, by far, the goal of 1,200-1,400 qualifiers, and was a dramatic reduction from the previous meets.

The event moving to Indianapolis marks the first time the competition has ventured out of Omaha in two decades, having had four consecutive Trials meets at the CHI Health Center in Omaha, Nebraska.

There will be a total of 17 sessions at the Trials, an uptick compared to the usual 15 after Paris 2024 unveiled a new nine-day swimming schedule earlier this year.

USA Swimming began offering early ticket access to National Team members, their families and coaches on Nov. 28, and will open it to USA Swimming, U.S. Masters Swimming and Indiana Sports Corps members on Dec. 1. Tickets will open to the general public on Feb. 1.