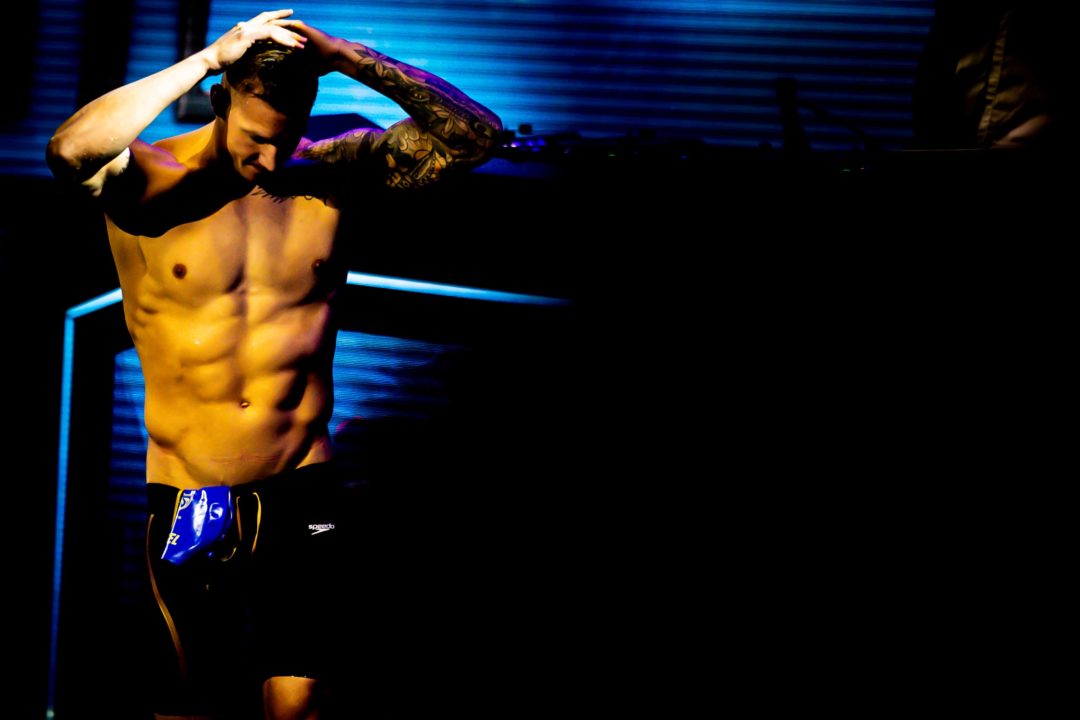 Allen, 29, swam in Hong Kong during his days as an age-grouper before retiring from the sport to study philosophy, politics and economics (PPE) at the University of Oxford.

Allen then went on to become a serial entrepreneur and investor, working as the Chief Development Officer of the Oxford Education Group and a founding partner of Allen & Jain Consulting Ltd.

Despite venturing away from the pool, Allen has been a keen supporter of British Swimming and a sponsor of the ISL since its inception in 2019.

Allen says he is proud to take on a leadership role at the ISL, particularly through improving its communication, transparency and engagement with the wider community, ultimately believing the league can revolutionize the sport of swimming.

Dawe, 26, has been a passionate sports fan his entire life and has been following the ISL since its inaugural season. He’s been an enthusiastic believer in the potential of competitive swimming in regards to it being both a major global spectator sport at the pro level and also in terms of engagement in the training and daily lifestyle of the athletes.

Like Allen, Dawe studied PPE at Oxford and competed in aquatic sports at the university level before transitioning into business.

Dawe’s work has primarily been focused on founding and working on companies and scaling them through generated cash flow, while also running a consultancy firm to help scale business through business development.

Dawe is extremely excited to have taken up his position of leadership in the ISL, which he views as the sport’s best chance to achieve this potential.

A competitive amateur competitive athlete in both swimming and a range of other sports since the age of eight, Dawe is also keenly interested in the history and philosophy of sport and views his role within the ISL as applying to swimming the lessons and successes which have seen professional sports and the fitness industry make such tremendous strides over the past 50-100 years.

Dawe aims to steer the league more towards direct engagement with its audience and the swimming and sports community, while also drawing on his experience as an entrepreneur and advising scaling companies to make the organization more streamlined, adaptable and sustainable.

Allen and Dawe are also co-founders of Voxoglass, a Hong Kong-based tech company. Voxoglass is a permanent online gallery specializing in NFTs, described on its website as the go-to one-stop shop for companies looking to build a presence in Web 3.0. The ISL is notably listed as one of two projects on Voxoglass’ website, with the other being Blasé Bunny, which is an NFT.

A possible media model to use is the development of the Golden and Diamond League’s in Track and Field.

You’ll never hear from an Olympic Champion that the ISL is a priority, simple as that.

The ISL is a great plan, but still needs work, expecting swimmers to ditch worlds and Olympics is simply delusional

Interesting interview! They have a big job ahead of them.
First of all Mel, I know NO ONE that would rather go to ISL than go to the Olympics.
Some observations:
-they said they were talking to YouTube. I don’t know the finances of it but for the person trying to follow the league, youtube would be a slam dunk! No VPN needed. No subscription needed. You always would know where to find it. I watched all of British Swimming Trials and I live in USA and it was the easiest stream.
-all the camera angles get me dizzy! Simplify! You aren’t going to win any awards by having all the angles. Half the time I… Read more »

So true, to add on, cut all these wacky rules about jackpots and how skins are chosen. If anything let the skins be chosen by the worst team overall on the first day. Frankly, I also feel that the amount of relays can be a bit overwhelming, perhaps cut the mixed relays. Getting Isl on YouTube would be so great for all of swimming. Perhaps even get some sorta streaming rights with Brett hawke so we have the option to listen to him and guests live commentate with the races in the same window.

I keep YouTube swim videos streaming on a big screen in my office. Through a huge window, visible to all coming onto & off the pool deck. All day, every day.
Kids cannot walk past it. They always stop to watch. Lots of times asking questions about the swimmer or the strokes – or the speed!
Mostly they watch in complete awe. So much more exciting to view than tennis.
We all have that job of capturing swim fans.
Thank you SwimSwam.

I just disagree with their assessment that the format of the league works.

They make comparisons to other major sporting leagues – NFL and MLB came up so far halfway in – but that is sorta just not how this league works.

If you run 10,000,000 simulations of matches with the rosters from the first few seasons, the top teams are gonna win some insanely high percentage of the time. It’s not like a pro American sport, where the worst baseball teams of the last 100 years are still winning almost 30% of their games, and they’ve got a fairly decent shot at beating the best team in the league on w/e day.

That’s not the case with… Read more »

That said, they did sorta start mentioning some OTHER things they’d have to do to be successful – videos of Shaq v Phelps were the popular on YouTube, Japan viewed a short about Ohashi more than anything else – and that is the sorta thing they’ll have to really steer into to be successful. (Because to be fair, heats of swimming just on their own are boring.)

The problem is, they’re gonna need a lot of buy-in and time from the athletes in order to be successful in “creating content” that people want. And at this point most athletes barely even want to take time out of their schedules to go to ISL meets, let alone do some random… Read more »

The problem really is that there are no variables in swimming other than “is the swimmer feeling well today?” And most of the time, they can deliver results even on off days unless they’re actually sick or injured.
In team sports, there is a lot more than can happen to influence the results.
I’m not saying “throw a shark in the pool and let’s see what happens”, but nobody is going to watch 50 iterations of the same race in one season.
There needs to be more of the kind of stuff like strokes being eliminated by teams for the skins. I’d even go further there and just have the teams send two swimmers (and they’d have… Read more »

Really good interview, thought they were more forthcoming than I expected them to be, only time will tell how well they’ll go. Would have loved to have seen Braden sit in on the interview and been able to ask a few questions as a well informed, outspoken critic of the leagues practices

…questions were provided by Braden, but, agreed 100%, he’s cut through faster. We see this as an ongoing conversation with them.

On this note, could we get more Braden podcasts???? the Braden/Tom Shields podcast was objectively better than any of the others

8
-16
Reply
Swimfan
Reply to  Think about it