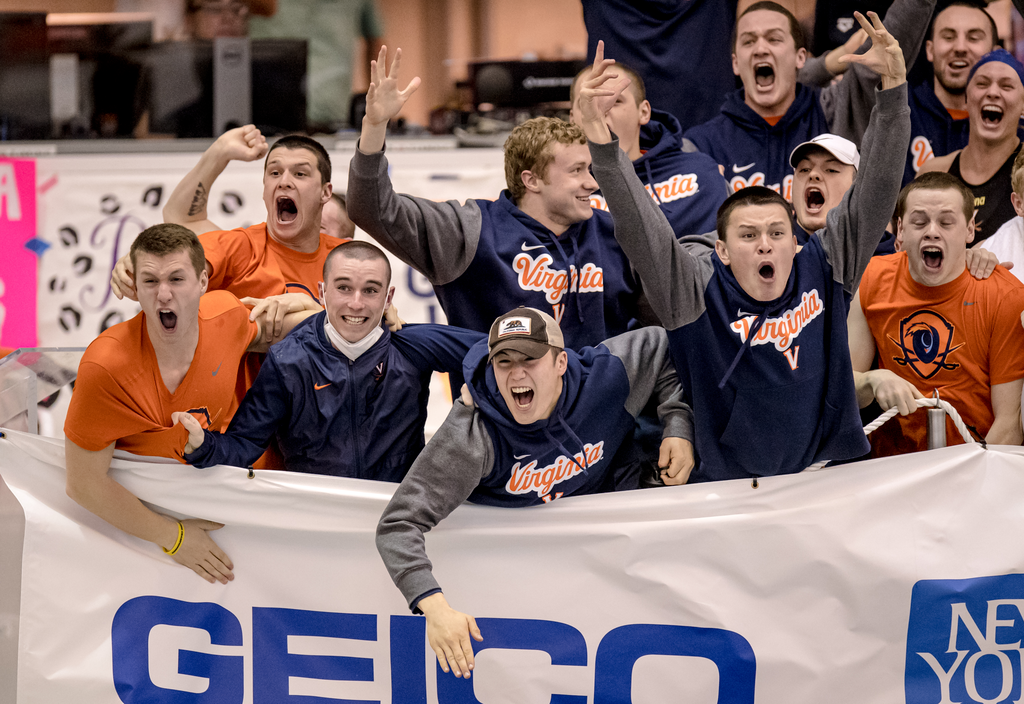 Big 12 Champion and NCAA Qualifier Tim Connery should provide a big boost to the UVA Cavalier men after spending his freshman year in Austin. Stock photo via ACC/UVA: Matt Riley

With this move, Connery, a North Carolina native, returns to his East Coast roots. While swimming for SwimMAC and Christ the King, Connery was one of the top prospects high school prospects in the nation, and he improved in all his main events while at Texas. His improvements led to him qualifying for NCAAs, with his highest finish coming in the 200 IM, where he was 23rd in prelims.

Connery adds increased depth to a UVA  team that’s been contending for top ten finishes at NCAAs each of the last few years. His best times in the 100 and 200 free would have finished 12th at the 2022 ACC Swimming & Diving Championships, and he would’ve finished in the top five in the 100 fly and the 200 IM. UVA has plenty of sprint free depth, but Connery would’ve been the Cavaliers’ highest ACC finisher in the 200 IM, 100 fly, and the 200 free. Last year, the Cavaliers’ best places were 12th, 22nd, and 15th, respectively.

Somewhat ironically, Connery will go from likely being a lynchpin of Texas’ free relays to possibly not making UVA’s sprint free relays. If Daniel Krueger doesn’t return for a fifth year, Connery would’ve been the Longhorns’ fastest returner in the 100 free (although Caspar Corbeau has had sub-42 splits on the 400 free relay).

UVA, however, had three men under 42.1 last season, and had a fourth swimmer, freshman Jack Aikins, split under 42 on the 400 free relay. Still, Connery adds depths to what’s rapidly become one of the best sprint free groups in the nation.

This is the second straight year where the UVA men have received a high-profile transfer. Last summer, Matt King transferred from Alabama, and he made an immediate impact for the Cavaliers helping them to an American Record in the 200 free relay. Connery apparently initiated his entry into the portal after May 1, but he appears to have received an NCAA waiver in order to be eligible in the 2022-2023 season.

At the end of the day. There is nothing wrong with transferring close to home. There is more to life than college swimming

The Texas men to UVA pipeline has been well established: Surhoff, Livingston, Conger, Dunne, admittedly all after finishing their eligibility

we appreciate your honesty.

When you switch from horde to alliance

I’m actually interested to see what happens to his BR. Guaranteed he swims it sometime this season at UVA.

I love all of the talking out of both sides of the mouth that is going on these comments. “Transferring AGAIN” but “yeah hope he does great”🙄y’all are really showing yourselves.

Hopefully he will thrive at UVA. Some guys struggle when they’re not top dog at a program… not sure this will play out differently than Austin did.

Not a lock that Connery would have been on the Texas 400 FR next year anyway.

Also, Krueger is coming back.

Phew, I was starting to get worried. Crosby, Grimm, Corbeau, Krueger for the sprint free relays.

That could be the 200 free relay lineup if Krueger returns. Larson, Van Zandt and a couple other guys seem more likely than Crosby and Grimm to swim the 400 free relay, based on best times.

Thanks for the correction.

For Texas’ sake I hope Krueger does come back. Unless more of their sprint guys develop they’ll be strapped to make top 3 in any relay outside of the 800, which is still a guaranteed win

Wish he would stay at Texas, but something is telling me that their 4×100 free will be just fine.

Eddie is great and all, but can’t hold a candle to Christ the King. No wonder the kid was disappointed.