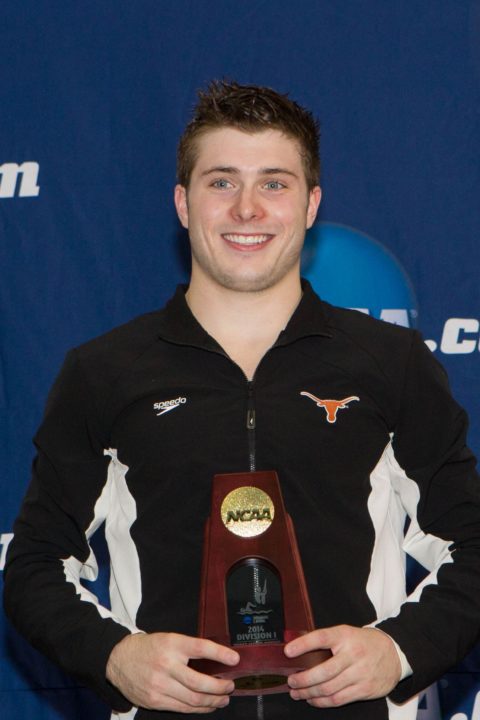 Representing the United States, Dumais and Hixon competed together and placed sixth in the men’s three-meter synchronized diving finals with 387.39 points. The duo placed fifth in three-meter synchro last summer at the FINA World Championships in Barcelona, Spain. Hixon completed a sterling freshman season this spring with NCAA titles in the one-meter and three-meter diving events.

Bromberg, an All-American as a freshman on three-meter, teamed up with former Ohio State diver Cheyenne Cousineau to place sixth in the women’s platform synchro finals with 282.63 points. Bromberg and Cousineau placed seventh for the U.S. in platform synchro last summer in Barcelona.

The FINA Diving World Series is an invitation-only slate of meets featuring the top finishers from the 2013 FINA World Championships. Dumais and Hixon will compete in Saturday’s men’s individual three-meter event.

College swimming news is courtesy of Texas Swimming and Diving.