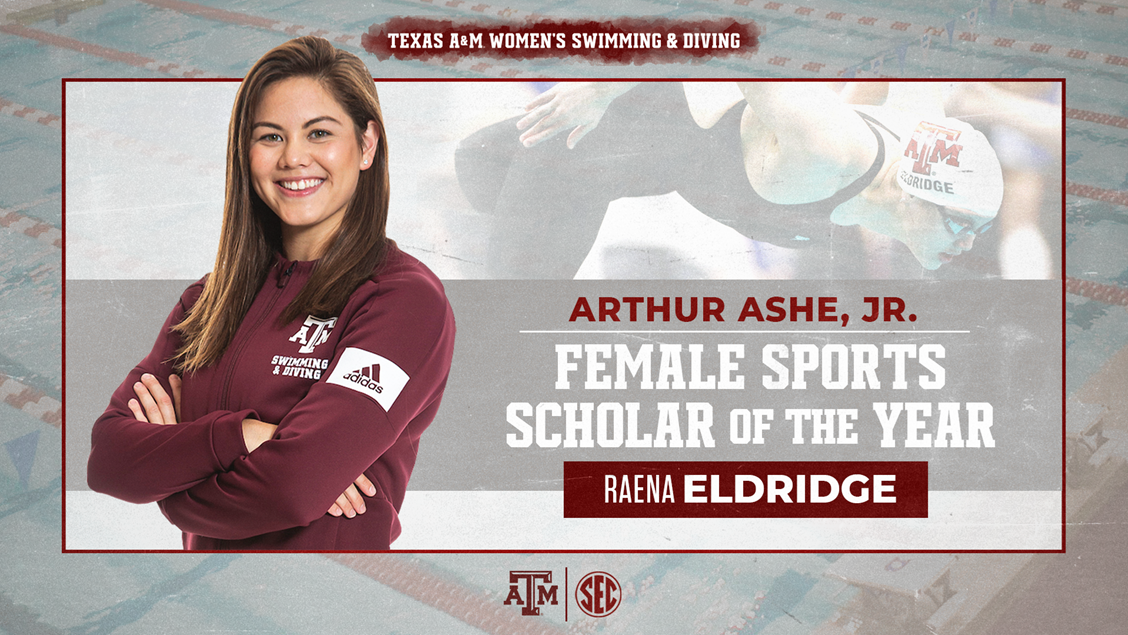 The award, given annually by the magazine Diverse: Issues in Higher Education, is named in honor of Arthur Ashe, Jr. Ashe attended UCLA as a student-athlete and in 1965 won both the NCAA singles and doubles titles as he lead UCLA to the overall team NCAA tennis championship.

Ashe was also a groundbreaking figure in his sport, traditionally dominated by white players. He is the only black man to win the singles title at Wimbledon, the US Open, or the Australian Open. In 1963, at the height of the Civil Rights Movement, he became the first black player ever selected to the United States Davis Cup team. An activist, Ashe was twice arrested for protesting, once during an anti-apartheid rally in 185, and again protesting the treatment of Haitian refugees in 1992.

It is Ashe’s reputation as a student, an athlete, and an activist that earns the honor. Each year Diverse invites every postsecondary institution in the country to participate in this awards program by nominating their outstanding sports scholars. In addition to their athletic ability, students named Arthur Ashe Jr. Sports Scholars must exhibit academic excellence as well as community activism.

Eldridge recently graduated from A&M in May with degrees in animal science and genetics, while also earning a business minor. She boasted a 3.979 cumulative GPA through her five years in Aggieland and will begin Vet School at NC State in the fall. Eldridge was A&M’s female nominee for the H. Boyd McWhorter Scholar-Athlete Post-Graduate Scholarship, and for the second year in a row, was named the Bill Erwin Female Scholar-Athlete of the Year at A&M’s annual Building Champions Awards. She earned College Swimming and Diving Coaches Association of America (CSCAA) Academic All-America honorable mention accolades as a sophomore and garnered first team honors as a junior.

A team captain as a junior and senior, Eldridge was a part of four consecutive SEC Team Championships throughout her career. The Rockwall, Texas, native was a two-time CSCAA All-American and earned All-SEC Second Team honors as a sophomore. Eldridge helped earn big points for the Aggies at SEC Championships as a sophomore, helping the 200 medley relay team reach the podium with a second-place finish, while adding a fifth-place finish with the 200 free relay squad. Individually at SEC Championships, she contributed a pair of top 16 finishes in the 100 back and 50 free that season. Eldridge also swam on winning teams in the 400 free relay and 400 medley relay to help the Aggies win the team title at the 2017 U.S. Open.

Away from the pool and the classroom, Eldridge has served as a Student Technician at the Genetics Research Lab and as a member of the Pre-Vet Society. She was a project leader for the Aggie Research Scholars Program and started SPLASH, a non-profit organization that teaches swimming and swim safety. Eldridge has also contributed her time at Save Our Streets Ministries in Bryan since 2016, mentoring elementary school girls.

To be eligible, students named to the honor must maintain a cumulative grade-point average of at least 3.5, be at least a sophomore academically, and be active on their campuses or in their communities.

This is the second-straight season in which a swimmer has been named the women’s honoree after University of Kentucky swimmer Asia Seidt won in 2019. Among the many prominent past winners of the program are current Seattle Seahawks quarterback Russel Wilson, who won the men’s award in 2011.

Congratulations Raena👍👍. Well deserved!! Thanks for the memories at A&M & best wishes at NC State!!!