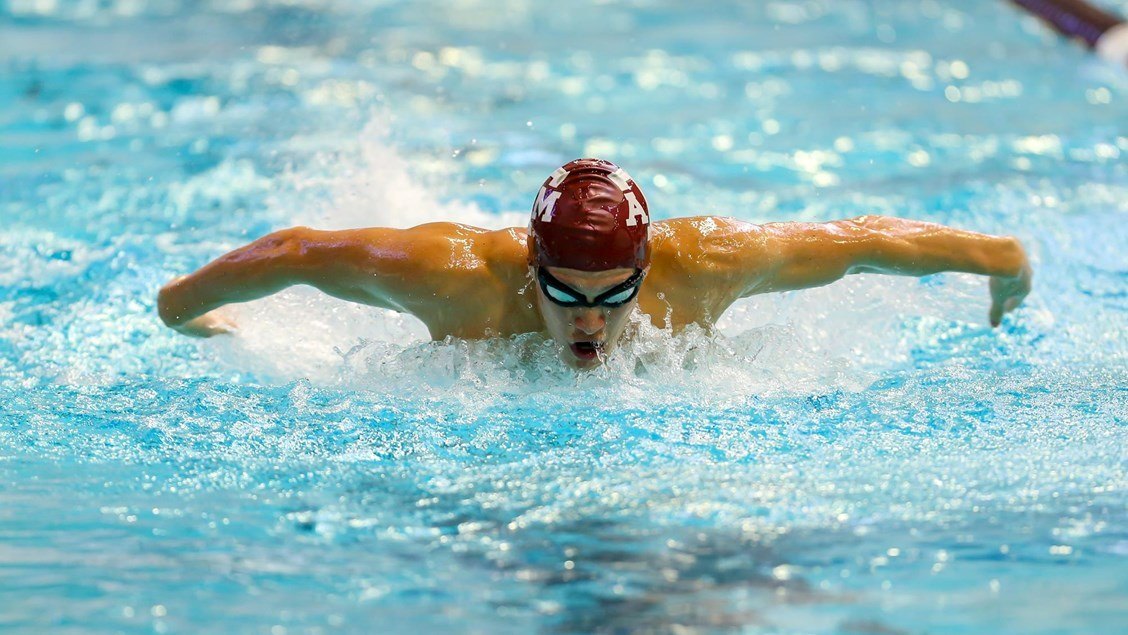 The Texas A&M men have taken control of a historic Texas rivalry, winning their 7th-straight dual meet over SMU on Friday. The Aggies won 8 out of 11 swimming events, with no diving being included in the event schedule.

It was senior day for the Mustangs, and the team honored 6 before the meet: Garrett Carson, Simon Golczyk, Trey Kilbride, Kianu Kitching, Carson Klein and Lucas Schenke. The Mustangs rode that early emotion to an opening win in the 400 medley relay in 3:17.66: a season-best time for them, and nearly a second ahead of Texas A&M’s 2nd-place 3:18.61.

The meet concluded SMU’s dual meet season, as they’ll now wind up for a pre-conference time trial, the AAC Championships in Indianapolis beginning on February 27th, and the American Short Course Championships in Austin (a last chance/club meet hybrid).

Texass A&M now has a few weeks off until the SEC Championships begin in Athens, Georgia on February 19th.