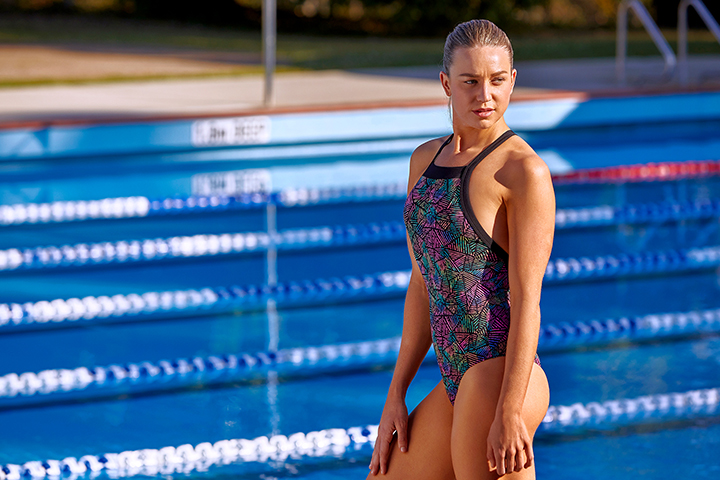 For Aussie World Trials night 1, we see only one A-Final scratch in the form of Tessa Wallace foregoing her 6th seed in the women's 200m IM. Archive photo via Way Funky

Through all the events, we see only one A-Final scratch in the form of Tessa Wallace foregoing her 6th seed in the women’s 200m IM. The 25-year-old Pelican Waters swimmer was ranked 5th in the 200m IM entering the meet, owning a personal best of 2:13.95. She punched her place in the finals with a mark of 2:16.00, but withdrew, instead focusing on her stronger breaststroke races.

Wallace is ranked 8th in the women’s 100m breast and 2nd in the 200m breast, with the latter representing her best shot at making the World Championships squad for an individual event.

Tonight among the competitors we’ll see the likes of Emma McKeon and Brianna Throssell in the women’s 100m fly, Mack Horton and Elijah Winnington in the men’s 400m free, as well as teens Kaylee McKeown and Ariarne Titmus in the 200m IM and 400m free, respectively.