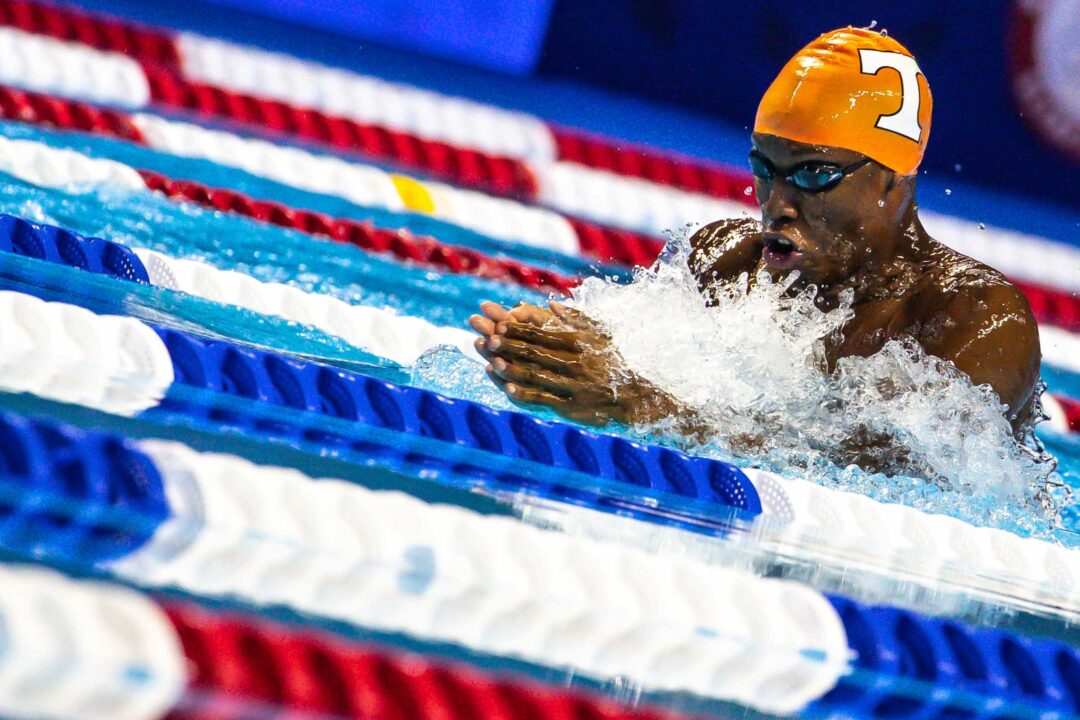 Tennessee’s Bryden Hattie, a sophomore from Victoria, British Columbia, Canada, won both springboard events against fourth-ranked NC State. Hattie took the 1-meter with a score of 319.28. He completed the sweep with a win on the 3-meter with a mark of 353.25.

Tennessee’s Mona McSharry, a sophomore from Dublin, Ireland, earned three individual podium finishes against No. 3 NC State. McSharry notched a pair of NCAA B-cut times in the 100 and 200 breaststroke to take second in both races. Her mark of 59.90 in the 100 breast is the seventh-fastest time in Division I this season, while her time of 2:11.33 in the 200 breast also ranks seventh nationally. McSharry also took third in the 50 free (22.98) and was part of the 200 medley relay that took second at the meet with a time of 1:39.42, which ranks 10th in the country.

Kentucky’s Kyndal Knight, a senior from Stanley, N.C., won both diving events in UK’s win over Ohio University. Knight achieved NCAA Zone scores of 299.10 in the 1-meter and 361.50 on the 3-meter, a personal best in that event.

Tennessee’s Grace Cable, a senior from Winter Park, Fla., swept the springboard events for the second consecutive meet as the Lady Vols took on No. 3 NC State. Cable recorded the top score on the 1-meter at 299.48 and followed it up with a 301.83 3-meter mark. Her 18 points were tied for a meet high.

Tennessee’s Julie Mrozinski, a freshman from Hamburg, Germany, won the 200 freestyle and notched two other podium-finishes during UT’s meet against No. 3 NC State. Mrozinski posted a time of 1:47.81 in the 200 free, a mark that ties for 13th overall and third in the SEC this year. She swam leadoff for Tennessee’s 400 freestyle relay, which placed second with a time of 3:19.56, the top mark in the SEC and third in the country this season. Mrozinski also added a third-place finish in the 100 freestyle (50.25).

Is he related to Ben Dillard?