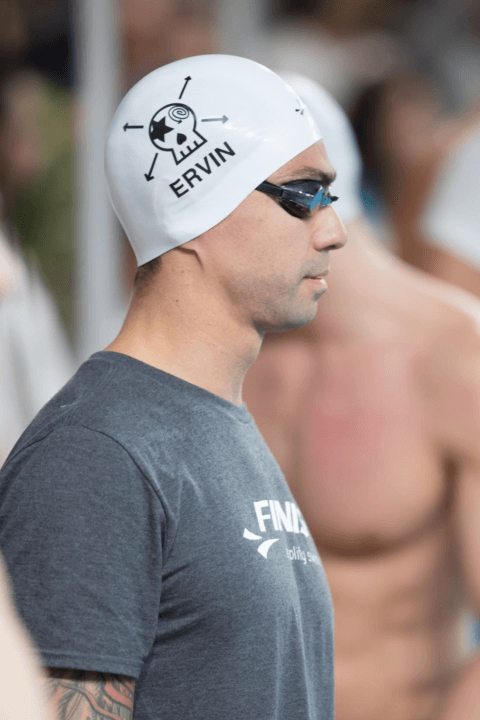 The 2017 Geneva International Challenge (CIG) is gearing up to begin tomorrow at the Center Sportif des Vernets. Some familiar American faces will be in the mix for medals and money, as will several key foreign competitors who have made their marks at this meet in the past.

This year’s American contingency includes the key members of Team Elite, David Marsh’s pro group out of Charlotte, North Carolina. 2016 Olympic Champion Anthony Ervin will be doing his thing in the men’s 50m and 100m freestyle sprints. He’s seeded first in the former and 2nd in the latter, sitting behind Brazilian athlete Matheus Santana. The newest member of Team Elite, Santana is hitting his first meet since moving to Charlotte and scheduled to compete in the 50m/100m freestyle races, as well as the 50m butterfly. Tim Phillips will also be in Geneva competing, ready to challenge friend and foe in the 50m and 100m distances of both freestyle and fly.

Laszlo Cseh is one of the meet’s big guns, entered in 5 individual events. The Hungarian Olympian and World Champion holds meet records across all the fly distances, as well as the 200m IM and he’ll be swimming all, plus the 400m IM, over the course of the 3-day meet.

For the women, sprinter Madison Kennedy will join her Team Elite crew, seeded first in the women’s 50m and 100m freestyle races.  She holds meet records in both events, as well as the 50m backstroke, in which she’ll also be racing. Teammate Katie Meili is slated to swim breaststroke, as well as the 50m freestyle. Meili may have a shot of taking down meet records in the breaststroke events, which were set by America’s Molly Hannis last year.

A robust Israeli contingency is also joining the party in the form of Amit Ivry, Andrea Munez and Iliya Gladishev, among others. Scottish Swimming also sent 20 swimmers from both its Youth and Senior Squads to compete as part of the organization’s National Program.

So what does everyone think of the swimmac elite team? The had good results and not so good at Olympics.

Ervin swam w marsh for about 5 weeks this summer. Would hardly give swim mac credit.

Mr. Marsh was too busy this summer running swimmac into the ground.

Meili and Baker were pretty good.

Then we can always blame the coaches but if swimmers are old, without motivation or don’t make the job in training, it’s easy to criticize the coaches.

Anthony swam at SwimMac 3 months under the guidance of Dave Marsh. Was a major contributing factor to his gold medal winning performance. And I will sign my name to this post Mr. anonymous