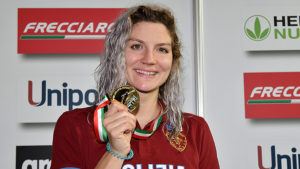 Former Notre Dame women’s head coach Brian Barnes will be joining the Purdue men as an assistant coach for the upcoming season.

Cal’s Dave Durden is one of 67 coaches to be named to the U.S. National Team coaching staff for the upcoming season.

Sources tell us that an announcement from the University of Notre Dame is expected to be made later today announcing Tim Welsh as the new Interim Head Coach of the women’s program.

Emma Reaney dominated a tough 200 breast field to win an NCAA title for Notre Dame and re-break her own American and NCAA records in the event, knocking on the door of the first-ever 2:03.

Augie Busch has his eyes on the prize as the Virginia Cavaliers charge toward a 7th-straight ACC title.