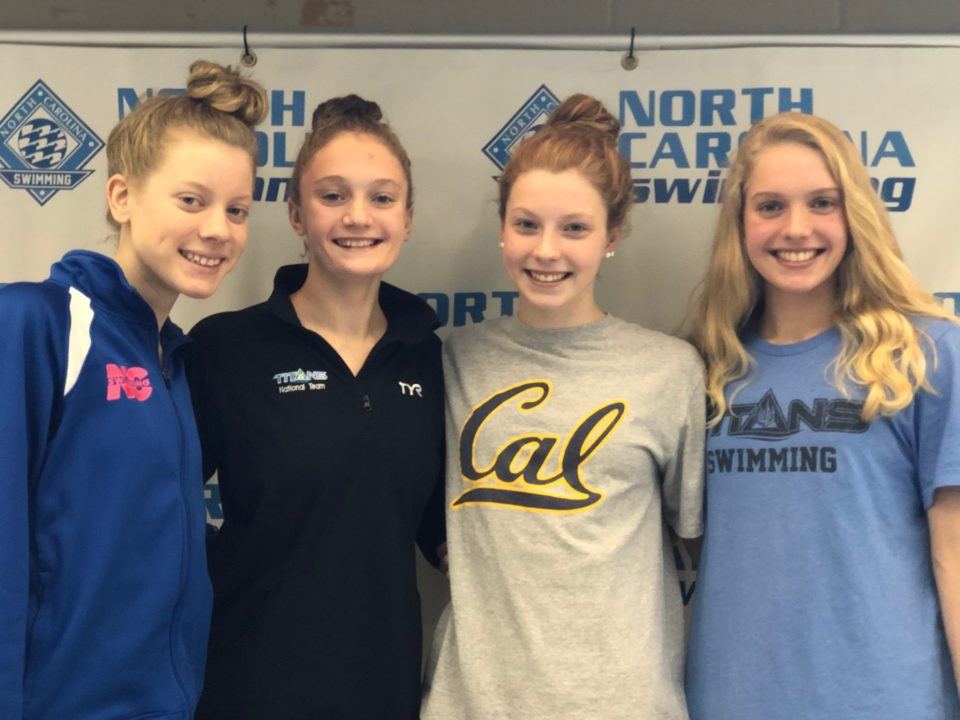 For the 2nd time in as many days, the foursome of (L-R) Taylor Morris, Elena Dry, Keelan Cotter, and Claire Curzan combined to break a National Age Group Record in a sprint 200 free relay. Current photo via Mark Curzan

After breaking the National Age Group Record in the 400 free relay on Friday evening at the Triangle Aquatic Center, the TAC Titans 13-14 girls got another on Saturday morning. Swimming in the 200 free relay, the group of Claire Curzan, Taylor Morris, Elena Dry, and 13-year old Keelan Cotter combined to swim 1:33.30. That broke the old North Carolina Swimming record of 1:35.17 set by 3 of the same 4 swimmers in January of 2018, and also took down the Aquajets’ National Record of 1:33.37 in the event.

Saturday’s TAC relay was the same group as the foursome that broke the record on Friday, and the record they broke belonged to the same Aquajets quartet that previously held the 400 free relay national record (the Aquajets broke 4 National Age Group Records in relays at the same meet in 2012).

The TAC Titans have now broken North Carolina LSC records for their age group in all 3 free relays at the meet, with the medley still to come.