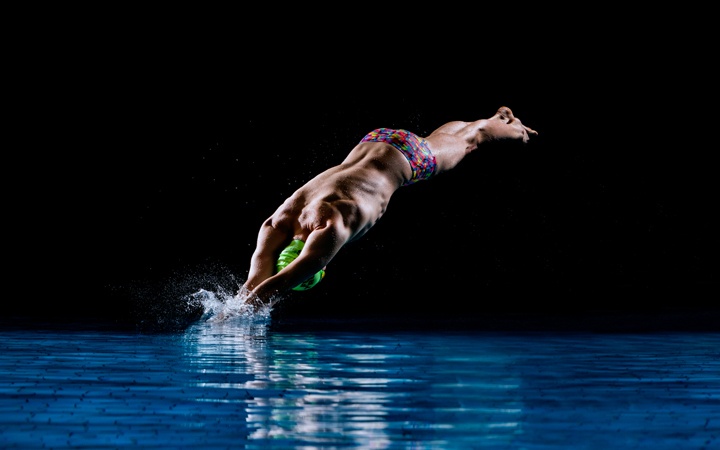 The TAC Titans in North Carolina broke a 10 & under National Age Group Record on Saturday swimming at the North Carolina Age Group Championships. The group of Lily Ann Willis, Nicole Zettel, Taylor Cureton, and Meredith Whelehan combined for a 2:18.71 in their home pool, which broke their own LSC record set two weeks ago.

The TAC Titans led the race wire-to-wire, with their dynamic front-half opening up a huge lead on the field of nearly 10 seconds before their butterflier hit the water.

While TAC had the fastest (legal*) split on every single leg of the relay in their win, the backstroker Willis and breaststroker Zettel were each 5 seconds clear of the competition on their own, giving their last two legs clean water to chase the record.

Editor’s note: Shakira Qian of the New Wave Swim Team had a faster fly split in 32.08, but the relay was disqualified when she had an illegal underwater recovery, which typically comes in the final stroke of the race).

Watch the full race below, courtesy of the TAC Titans. The team is entered to swim the 200 free relay on Sunday afternoon. They’re seeded there at a 2:06.66 and will be chasing the Ohio State Swim Club’s other 10 & under record of 2:02.81 in that relay.

Congrats to the TAC Titans swimmers and coaches on a great LC Championship meet.

Brilliant technique from all 4!! Congrats