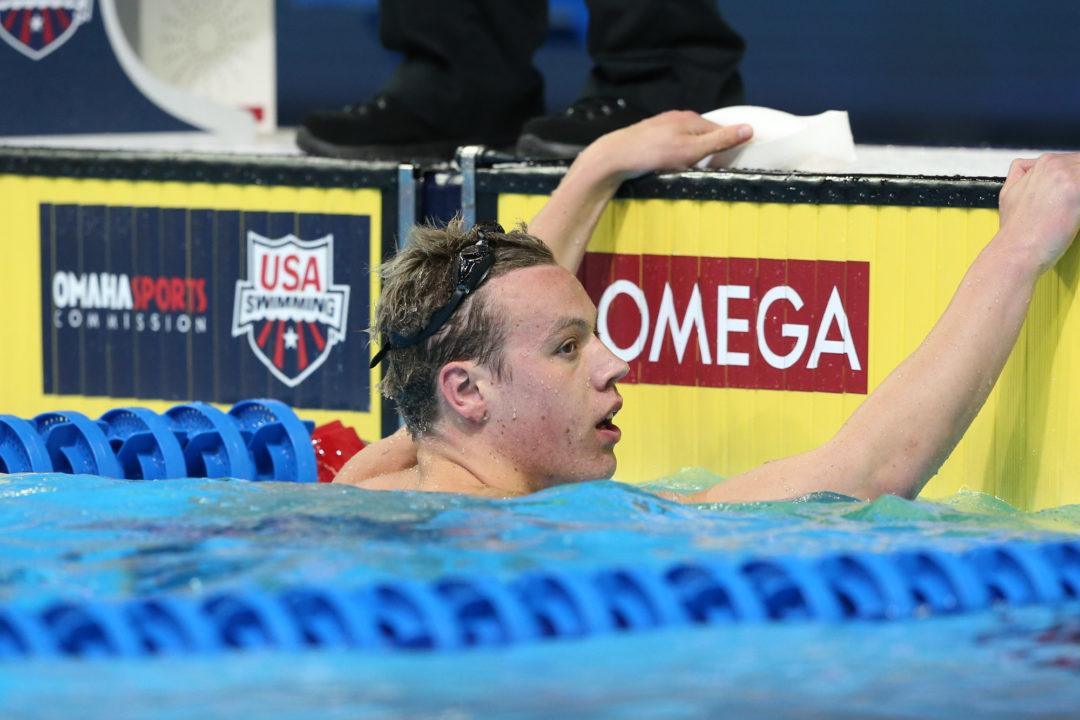 SwimSwam’s FastFrosh of the Week is a new segment done at the end of every week of NCAA competition. We... Archive photo via Tim Binning/TheSwimPictures.com

SwimSwam’s FastFrosh of the Week is a new segment done at the end of every week of NCAA competition. We want to highlight a particular freshman who has impressed during the regular season– who had a come-from-behind win in a big race? Who upset a perennial NCAA scorer? Who had the relay split of the meet? It’s always interesting to follow how the freshmen are doing in their first NCAA season; some are hot right off the bat, some warm up as the season progresses, and some rise to the challenge at rivalry dual meets. This doesn’t necessarily have to be the fastest swim ever– it’s noting a highlight of the weekend, focusing on a swim (or multiple swims) done by a freshman who deserves a little extra recognition.

One of the most hyped-up recruits last year, Jensen earned himself the #2 spot on our rankings of the high school class of 2016. There’s always the question of whether or not a high school stud can take it to the next level and perform at the collegiate level, and Jensen has cast any doubts aside with his performances over the weekend.

Cal took on the University of the Pacific in a dual on Friday, October 7th, and Jensen stuck with his magic double– the 100 and 200 free. A star sprinter out of Pennsylvania and a product of the Upper Dublin Aquatic Club (and UD high School), Jensen blazed away in his marquee races, popping times of 43.22 in the 100 and 1:36.27 in the 200. 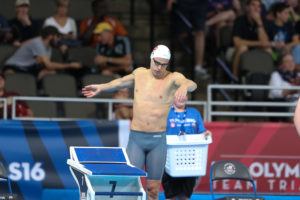 According to the NCAA event rankings on the USA Swimming website, Jensen is one of only two men to break the 44-second barrier this season in the 100 free, and he’s .76 ahead of #2 Laurent Bams of ‘Bama (43.98). Yes, the season is young as a babe, but 43.22 is quick. For some context, Jensen’s 43.22 would have placed him 25th overall in the 100 free prelims at last year’s NCAA Championships.

Even more impressive is how close he was to his best time of 42.69 (just 53-hundredths) this early in the season. Jensen’s 43.22 is his second-best time ever, and it’s quicker than he went as a high school junior at his shave-and-taper PIAA Champs meet in 2015.

This might not be a weekly occurrence for Jensen, as the season progresses and training fluctuates, but it’s still worth noting. While Cal has seen names like Josh Prenot, Jacob Pebley, and soon Ryan Murphy graduate, Jensen signifies a new wave of Golden Bear power. He seems very ready to produce sprint speed as well as act as a team leader with the way he’s swimming, and he’s preparing himself to take over for a Cal program that is gunning to steal away an NCAA title from Texas in the near future. Just how near that future is, however, depends on Dave Durden’s ability to build around Cal‘s core members and ramp up their sprint salience in an NCAA system where speed rules.