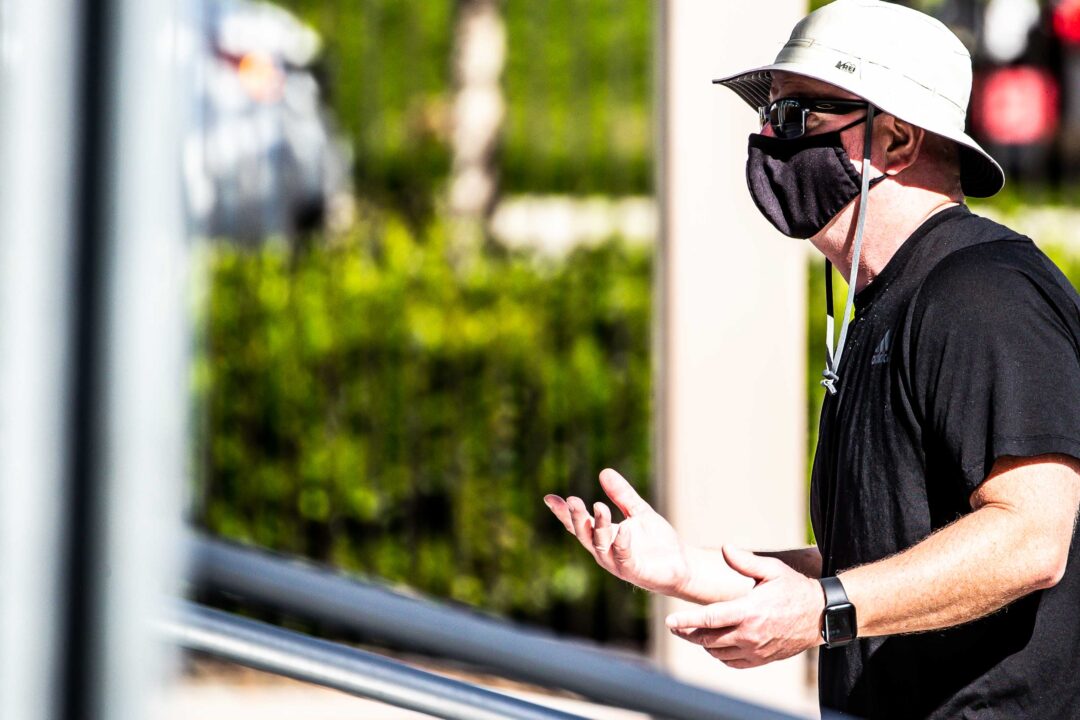 Our most recent poll asked SwimSwam readers where they project the Arizona State men to finish at NCAAs this season following their impressive performance at the NC State Invitational:

Question: After what they did at the NC State Invite, where do you think the Arizona State men will place at NCAAs?

This poll topic popped up after the Sun Devil men had an explosive performance at the NC State Invitational two weeks ago, winning 10 of 18 swimming events en route to placing second in the team standings behind the Wolfpack.

This included beating NC State in all three freestyle relays, coming a close second in both medleys, and having five different men win individually.

Leading that charge was freshman Leon Marchand, who won the men’s 200 fly, 200 IM and 400 IM, establishing one of the fastest swims ever in the latter, asserting himself as a bonafide NCAA title contender in all three races (and likely the favorite in the 400 IM).

And despite the fact that ASU placed second to NC State in invite scoring, they actually came out on top in our hypothetically-scored meet if all of the invitationals taking place two weeks ago were scored as one.

And while the team may not have the depth to compete with the Wolfpack in an invitational setting, their high-end performers mean they’ll be able to be a real competitive team at NCAAs.

In the poll, about two-thirds of voters think ASU will place somewhere between sixth and 10th, while 27.5 percent think they’ll get into the top five.

The Bob Bowman-led Sun Devils notably redshirted their entire roster last season due to the pandemic, which helped them maintain some of their talented seniors while bringing in two years’ worth of recruits.

Below, vote in our new A3 Performance Poll, which asks: Are you in favor of the 200 medley relay moving to the beginning of the Division I NCAA Championships?

Their ceiling is 4th, and their floor depends on how their taper goes. I can’t see them topping Texas, Cal, or Florida. If they nail their NCAA taper, they have good enough relays and an outside shot at top 4.

I think the most likely outcome is 7th/8th. Here is my predicted top 15:

3. Florida (will be sad when this sr class graduates)

4. NC State (Back to their favorite spot)

5. Louisville (Strong relays, but NCS gets the edge)

Are we still sure that Sates is going to go to UGA this year?

I personally don’t feel too confident that he will be at UGA based off of interviews I’ve seen with Hawke and Coleman. I’d say 60% chance he’s in Athens in January. If he is, the relays get a boost, but not the boost they need.

UGA is in dire need of a breaststroker. I don’t think they crack the top 4 based solely off of their medley relays likely getting crushed by Louisville and NCS. Obviously Urlando, Downing, Grum, Magahey, etc… will score good points, but you’re only as good as your relays at NCAAs…