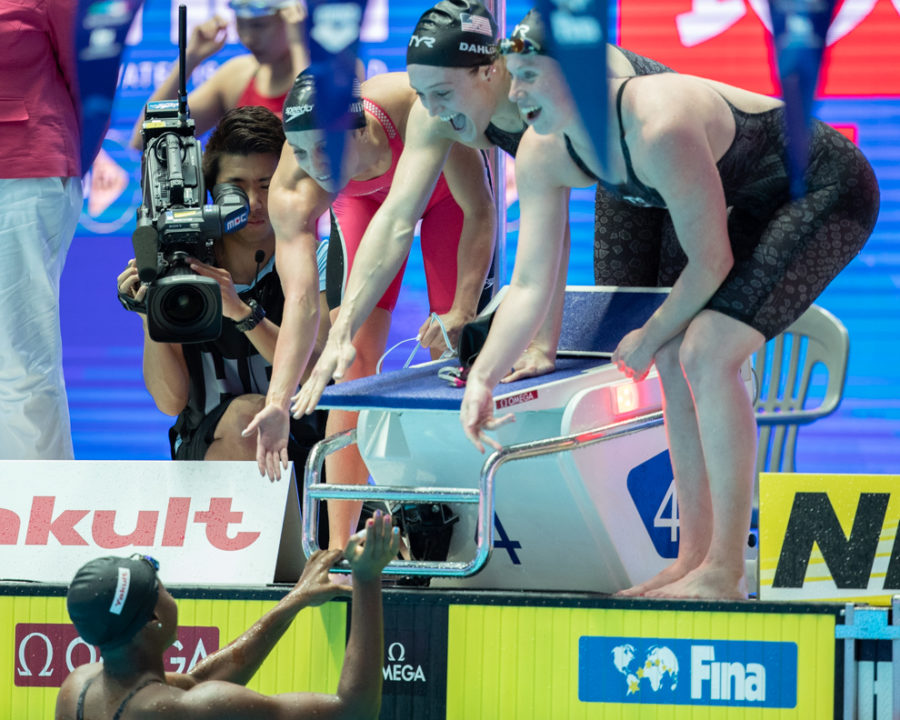 Just over half of voters believed a November World Championship would negatively impact performance. What about January? Archive photo via “Rafael/Domeyko Photography”

Our most recent poll asked SwimSwam readers if they thought having the 2023 World Championships in November would have a negative impact on performance:

Question: Do you think having the 2023 World Championships in November will diminish the quality of swimming?

It was a relatively even vote on both sides, but about 53.5 percent of readers believed that having the Long Course World Championships so late in the year would diminish the quality of swimming we saw.

This poll could be deemed meaningless, given the reports on Friday that suggest the global swimming calendar will be drastically altered and that the 2023 Worlds won’t be held in November. However, with the expected changes that the 2022 Worlds in Fukuoka will be moved to July 2023, these 2023 Worlds in Doha which were previously slated for November will now be in January.

As a result, if true, a January World Championships would still fall in the midst of the traditional short course season, at least in the NCAA, and would be two months closer to the Paris Olympics than previously thought.

46.5 percent of voters believed that in a November World Championships, the swimmers would adapt accordingly and swim up to an optimal level despite the proximity to the Olympics and any potential short course conflicts.

But in January? That would only give swimmers about half the time, give or take six months, from Worlds to the Olympics, compared to the usual gap which is generally a full year.

If you were one of the readers who voted for ‘No, swimmers will adapt,’ in the poll, do you think that holds true if the meet is in fact in January?

Below, vote in our new A3 Performance Poll, which asks: Accounting for relay ability, which first-year swimmer would you rather have this year at men’s NCAAs?